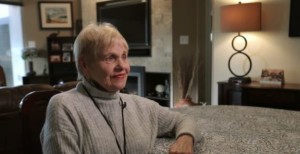 It sounded like a bad Hollywood horror movie. Patients at a psychiatric hospital subjected to intensive shock treatments, LSD and drug-induced comas. But for hundreds of Canadians, it was an all-too real nightmare. They were brutal experiments on human guinea pigs — funded by the Canadian government and the U.S. Central Intelligence Agency. This week on The Fifth Estate: the secret brainwashing experiments in Canada and the continuing battle to get the truth out.