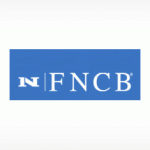 I just got a call from my bank 5 minutes ago.

I spoke with Mary Cummings the Senior Vice President of First National Community Bank. She told me that the Bank refuses to honor my transaction stating that they were not obligated to. I asked her if she had a lawful REASON for not honoring the transaction.

She was reticent to discuss any reason but said that I would be getting a letter explaining why. I then told her for my own edification I would still like a response to my proof of funding, and she told me that they were not required to give that to me.

I then said Mary, can I please speak to you as a person, can’t you see that there is something terribly wrong with the way things are? All of the fraud and deception that this cartel has perpetrated from LIBOR scandal to outright theft.

I told her that the entire world was watching and that her bank had an opportunity to do the right thing to help humanity and because she was duly noticed that she in fact was operating as an individual on behalf of a foreclosed entity, and that she rather was choosing to support debt slavery system and implicating herself in treason.

I did feel for her position as I know she is only following orders. But I did note what she said, “we are not obligated to accept your deposit.” She did not say that they couldn’t do it, they said they WILL NOT do it.

They did not challenge the validity of what I was saying.

Every FRN issued is an IOU from the Federal Reserve. How can they owe us if first they hadn’t taken it first?

I believe its time to have a serious conversation with our Banks. Those of you who get it, know what to DO….LETS DO IT.