Blossom Goodchild: We are Creators of the Codes 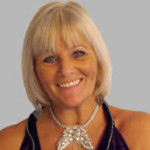 Good morning! I have recently been putting all your messages into yearly blocks for my new website. It would take me too long to read them all, although I feel I would like to take the time to do so, at some point! There sure is a lot there. I am reading bits, due to spelling, grammar corrections coming up etc. and as far back as 2008 … there we are … having the same kind of conversation as we do today. It made me smile and I wondered if we will still be having the same conversation in another 6 or so years’ time?

Greetings of warmest enthusiasm to you … in bringing forth this message of Peace. To read back on all that we have offered would indeed Enlighten your soul. As an ongoing /daily practise it would assist you in bringing ‘yourself’ forward.

I might look into it at some point. We sure have been on a long journey … hundreds and hundreds of pages of chat!

We are very much aware of all that has passed between us. Some messages with much humour, others with much frustration.

Yes. Yet, I am over all that stuff now. Our Trust has grown greatly.

Ours never once doubted.

Yet, you know mine did. Just for the need to seek the Truth, the whole Truth and nothing but the Truth!

And this we have always given you. For Each One, whether they be new to our offerings, or whether they have followed alongside us since the beginning … we have embedded within the words … a sort of coding, which when ‘hit home’ by the souls depth of heart … allows the Purest recognition of the ‘self’ to resonate and understand. Sometimes, oft times, on a level that isn’t yet fully comprehended.

What do you mean by coding? For it seems rather straight forward in wording … most of the time.

Blossom … All is not as it seems.

Now, where have I heard that before?

That which appears to be something … is not always itself. Deep within your Being … you are so much more than you are able to recognise at this stage of The Game. The unravelling process is a slow one, for it needs to be … in order for Truth to be distinguished. As more and more of ‘self’ is FELT and acknowledged, then more and more ‘Enlightenment’ can be more and more forthcoming.

Everything upon your Planet has coding. Your planet is ‘run’ by codes … should we say.

Energy … and as you know … ONLY ENERGY exists … and within all Energy there is coding in order to allow something, an object … a feeling … anything/everything to be what it is.

Not being a mathematician or a scientist … in fact the opposite… what do these codes do? What is their purpose?

Now that is a very complex yet, interesting question. We will try to explain using your words … which is not always easy.

Codes are a sequence of numbers.

I am seeing an image like that at the beginning of The Matrix movie.

Precisely. We would even go as far as to say … that if, by way of explanation … you were to be given some ‘magical glasses’ … you would see your entire air/energy/atmosphere full of these codes … changing all the time, as on a computer screen … for within every breath … a different code is put in place.

Ok, so I am imagining this film/filter of coding just happening everywhere /all around/within … changing/moving constantly. Who runs that computer? Who invented it? How does it work? Is it a computer?

One question at a time … we shall try to assist one’s curiosity.

Good luck with that!

It runs itself. It is an invention by those of a ‘Godly state of Being’ … the designers of your particular Universe … put it into place and then once the foundations were set … it is able to run itself … for itself … by itself …

So is it a computer?

Not in the way you think of as a computer. For it is not contained in a box etc. Yet … how would we put it … it has a mind of its own once it was created, in order to be able to continue ‘life’.

We would say ‘Yes’. Although, it is not of course ‘alive’ as in your human spirit. It does not have a spirit per se … Yet, it has Energy because it … itself … IS Energy. The format of IT … deduces Energy form.

It conducts Energy into particular forms … via codings.

This is actually too much for me to comprehend. I mean I get it … I accept it … yet, as to its mechanisms I haven’t got a hope!

You do not need to have Blossom. It works itself.

Does it ever go wrong like our computers? For some reason, my heart skipped a beat asking that.

It cannot go wrong. It simply continually changes to suit what is taking place.

Yes, to both questions. For it is ONE Energy working simultaneously AS ONE Energy … ever changing. We are giving you an example in your mind.

Yes, and it seems a bit random for what we are talking about … happy to try none the less.

The example is that of a human being walking. As they take a step … they are moving forward. They do not have to think of what is happening inside the leg. It is just adapting to the movement forward. Doing what it does automatically and as it does so … much movement … much change has adapted to that thought of taking that step. It is all done simultaneously without much effort at all. Once the basic foundations of how to do it … the workings of … have been established … it just then continues to walk … yet, so much is actually taking place/adapting/changing.

Yes. That sort of helps. So, even when we meditate, for instance … are all these codes ‘working out/through’ all the time?

Yes. It never stops. If it was to STOP … EVERYTHING would shut down.

Yes … because you are Energy and all Energy is encoded to make its form … as we have said.

Do the codes change at faster, more rapid rates, depending on the activity?

Not necessarily. It is more depending on the intensity of Energy … and this does not necessarily mean physical Energy … although this can be a part of it.

If someone, for instance, is deep in creation of ‘something new’ … then the coding goes into ‘full steam ahead’ because it is ‘figuring out’ the ‘design code’ for that particular creation for that person.

We are one step ahead of you Blossom, for you are thinking ‘Isn’t everything already ‘out there/done/ created?  Don’t we just bring it into physical creation?’

Whoa! Ok. BIG question … Does LOVE have a code?

Of course! LOVE IS ALL THE CODES!

Ok, even bigger question … If LOVE is all that exists … and LOVE WAS /IS/ WILL ALWAYS BE ALL AND EVERYTHING … Struth, I don’t even know how to form the question … If ‘Godly designers’ designed the code and LOVE is All the codes … did LOVE have a code to start with? Before codes were invented for our universal life purpose /existence? You see, if ALL ENERGY has a code … and Energy is LOVE … when this whole creation … EVERYTHING came into being … did it come as a coded Energy of LOVE?

We see what you are saying.

Good. Because I’m not sure I do!

The best way we can answer you is that … NO, LOVE in its Highest Purest original form is not coded. It simply is LOVE.

Yet, it is an Energy is it not?

Yes. Yet a finer/finest Energy of itself that does not require coding to manifest ‘life/things’.

ALL that comes from it … IS created into existence through thought power.

Yet … who can think like that? I mean who?

As we say Blossom … those in human form are in many ways restricted from KNOWING the TRUTH. Is it not we say that you are all powerful? THINK ABOUT WHAT THAT ACTUALLY MEANS.

Therefore, to design a coding such as we are speaking of is what ALL POWERFUL is capable of and more!

Ok … Yet, you said it was designed by those of a ‘Godly State’ … Actually; I am getting my answer before I’ve written the question down … We are all Godly States of Being!

So, are you saying ‘we’ … all of us reading this … designed this coding?

Far out … When we were all in our Godly State of Being?

Blossom … your Godly State of being never leaves you … you do not go out for a walk and leave it hanging on the door knob!

YOU ARE A GODLY STATE OF BEING.

Yet, so hard to feel that state down here on Earth.

Because you are trapped in the understanding that to be /live in this Godly state is not possible.

Yet, it isn’t possible is it? We are always being told that being in this human form restricts us.

Well, you don’t get many of those walking up and down my local High street that’s for sure! So, to summarize … basically as the super human consciousness … the Godly State that we TRULY are … we  … everyone … as One … invented this amazing computerized form of coding … in order for form to come into /be in existence?

And there’s me practically fainting at the word percentage! I think I had better recode that instilled thought!

Precisely so. For … as in your language … you speak of changing thoughts about something … from negative to the positive … in order for ‘the Highest Good to come to you’. In the same way … the coding simply changes its format of numbers to coincide with that positive change of thought and allows that coding to be the next breath.

So, does this coding ever stay still once it has found a resonating configuration of a thought? Dear God, I sound so intelligent!

No. It can never be still. As we purposely said … it changes with every breath … for within every breath, Dearest Souls … you are also changing.

We feel this is enough to be absorbing for today.

Ya think? My particular individual coding … and I presume I have one? …

… is about to explode!

Far from it … Although, to apply this knowledge to your Energetic Encoding has indeed involved it working rapidly … in order for comprehension of the system.

Even though me, as Blossom Goodchild … hasn’t any recognition at all of this system?

How so? For you invented it!

I’m off!! Cheer Ho! A most enlightening conversation … Nanu nanu!