A BLACK MOON Supermoon will peak this week to mark the arrival of three astronomical phenomena – but what time is the Black Moon and will you be able to see it?
By Sebastian Kettley, published on Express UK, on August 29, 2019

This Black Moon on Friday, August 30, is the result of a Supermoon falling on the day of the lunar New Moon phase. In popular astronomy, a Supermoon appears when a Full Moon or New Moon reaches its point of perigee – its closest orbit above Earth. A New Moon marks the start and end of the monthly lunar cycle when the Sun’s rays fall on the Moon’s far side. When combined on the same night, a rare and ominous Black Moon is born.

When does the Black Moon make an appearance?

The term Black Moon is not an astronomical or scientific term and as such, it is very loosely defined.

By one definition, a Black Moon is a New Moon at perigee – the Supermoon.

A Black Moon can also describe the second of two New Moons to spawn in a single calendar month.

The term is also sometimes used to describe a third or fourth New Moon to appear in a single season. 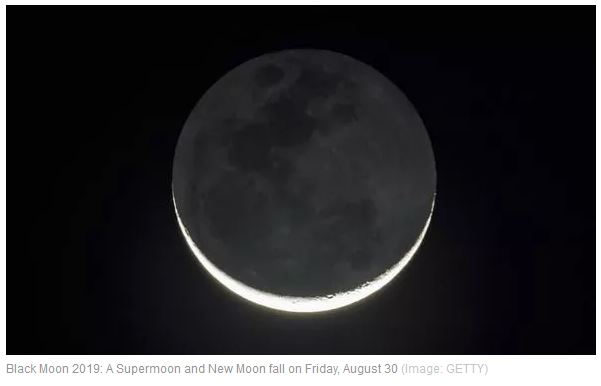 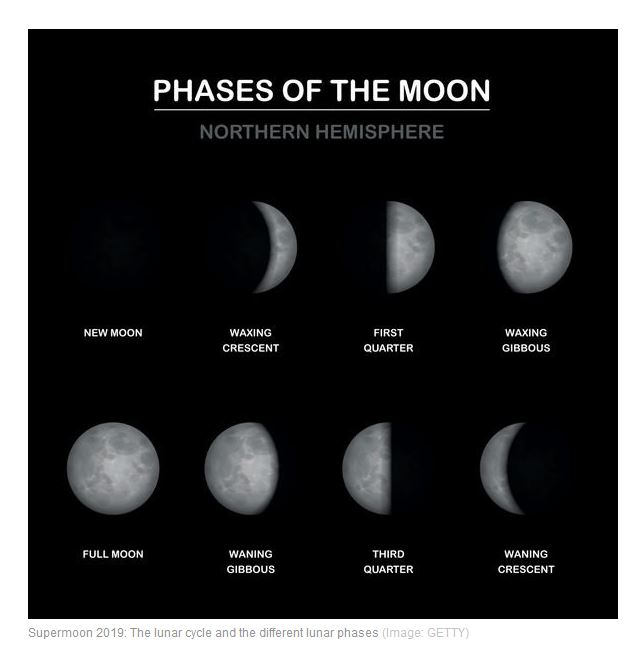 What time is the Black Moon and will you be able to see it?

When this happens, the UK will still be in the daytime but that will not make a difference.

Because the Black Moon is just a New Moon at perigee, it will not be visible to the naked eye.

The Old Farmer’s Almanac in the US further expanded the term by claiming a Black Moon can describe no New Moon in a month.

The guide to astronomy and nature said: “This could only happen in February, and thus is kind of rare, meaning once every five to 10 years.

“The phrase might also simply refer to every New Moon, since we’re then seeing the Moon’s dark or black side.

“The phrase is also sometimes applied to mean the third New Moon when there are four in a season, which is actually one of the definitions of a Blue Moon when the same thing happens to a Full Moon.” 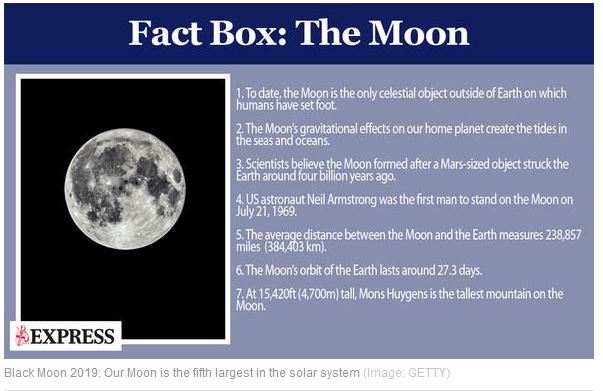 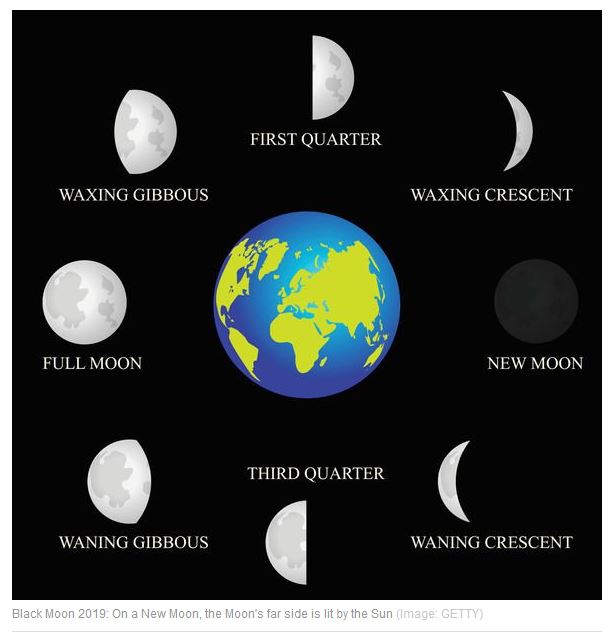 “A New Moon is practically invisible to the naked eye, so there’s nothing to see during a so-called Black Moon.”

A New Moon is not visible at night because it is lined up between the Earth and the Sun.

As a result, the Moon’s far side is lit by the Sun and not its Earth-facing side.

1 Comment to “ Black Moon 2019: What time is the incredible August Supermoon? Will you see the New Moon?”