BZ: Sent by a reader, who said this was much better than the vinegar method, from Natural news article 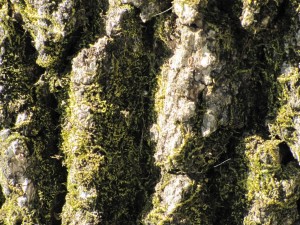 The bark of an old friend.

Our first introduction to Biodynamic Compost Preparation 505, Oak Bark, was as one of the ten sprays our biodynamic consultant used to ripen a failing mountain vineyard. It was already late September and the grapes were six weeks behind schedule. The winemaker informed us he would probably not want the (unripe) grapes. I have written about this crisis in Farming Soul: A Tale of Initiation, the time my husband Donald and I transited into a new paradigm in our farming: working with forces versus substances. Our consultant stirred one teaspoon of the Biodynamic Prep Oak Bark into 5 gallons of water for each acre of vineyard for a full German hour, first clockwise and then counterclockwise, over and over. He then sprayed the concoction on the earth in the late afternoon. In this way he summoned the forces of calcium, calcium making up about 77% of oak bark.

He told us that the calcium spray would calm things down etherically and that after he sprayed, in the astral you would be able to see pink all through the field. Listening to this, I was at once enchanted and filled with disbelief. Pink?  Really! Besides, every spray involved such minute amounts of substance, how could they have any impact at all?

I still remember the afternoon: the long shadows, the sun growing steadily paler after the equinox, the grape leaves, yellowing— yet were they beginning to green up again after the earlier sprays? I remember the happiness of our vineyard worker’s daughter dancing before her father as he carried a backpack sprayer over steeper parts of the vineyard. And within ten days of beginning this regiment, the vines ripened the fruit to where it should have been, and we harvested an abundant crop.

Oak bark has long been used for healing. It is strengthening and highly astringent. The Bach flower remedy version is for those whose mind or body has been broken down by long, difficult struggles (Soule, “An Herbalist’s Perspective of the Biodynamic Preparation Herbs”, Biodynamics: Working for Social Renewal Through Agriculture, Spring 2004, Number 248, 46-47).   Rudolf Steiner said the calcium of oak bark “creates order when the etheric body is working too strongly… and thereby free[s] up the influence of the astral body.” (Agriculture, 101) It helps plants resist disease, creating boundaries of inner and outer.  Homeopathist and Jungian analyst Edward Whitmont calls calcium a “builder of solid ground in the organism”  which includes defense mechanisms again intrusions which could cause disease or imbalances (Psyche and Substance, 121). Storl asserts that plant fungi and parasites are stopped by the use of calcium in the form of oak bark. (Culture and Horticulture, 356-357)

I have always been drawn to oaks, and never more so than to the Valley Oaks on our ranch. When we built our home, we struggled with a decision to orient the main line of our home toward the summer solstice sunrise or to frame the dining room doors with the two ancient Valley Oaks just to the south. The Valley Oaks won. They are forever sentinels of order and reminders of grounding the larger energies of the ranch in the place we reside. 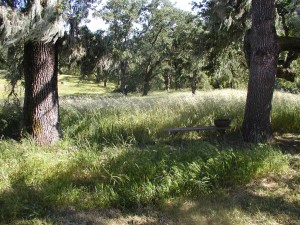