by Frances Bloomfield, published on Natural News, on October 12, 2017 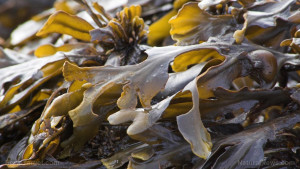 (Natural News) Durable, versatile, and affordable — the three qualities that make plastic so common in nearly every item we use, and the three biggest reasons why reducing plastic waste can be difficult to do. Indonesian start-up Evoware is working to change all that with bioplastics: a line of fully biodegradable plastics made from seaweed.

According to the DailyMail.co.uk, Indonesia is the world’s second largest plastic waste contributor, with the majority of that plastic waste ending up in oceans and rivers. In response, Evoware teamed up with local seaweed farmers to come up bioplastics. The company chose seaweed because it dissolves in water and leaves behind zero waste, is 100 percent biodegradable and can act as a natural fertilizer for plants, and can be grown with minimal resources.

Evoware has even come up with edible-grade bioplastics to replace the plastic packaging being used for food wrappers, as well as coffee and seasoning sachets. In addition to being completely edible and safe to eat, edible-grade bioplastics have been touted as highly nutritious and rich in fiber, vitamins, and minerals. These bioplastics are tasteless, odorless, and can last for as long as two years if kept sealed in their original packaging. They’re also halal, which is highly important in a country that has the largest Muslim population in Asia.

More than just creating a feasible solution to the country’s plastic waste problem, Evoware is also helping the seaweed farmers they’re collaborating with. Indonesian seaweed farmers tend to harvest more seaweed than they can sell, leading to a surplus of seaweed that just goes to waste. The long marketing chain, on the other hand, leaves the vast majority of them poor and unable to care for their families’ needs. Evoware is hoping to change that as well and improve the farmers’ and their families’ well-being.

Currently, the manufacturing process behind bioplastics costs more than that of plastic. Evoware hopes that growing interest can trim down production costs by a considerable margin and allow them to expand their operations. (Related: Can bottles made out of gelled seaweed extract one day replace plastic?)

What does plastic do to our environment?

Unlike bioplastics which have no environmental impact, regular plastics have multiple, massive effects on our environment. After all, they’re made from toxic compounds and are durable to the point of taking years to fully decompose. It’s no wonder then that plastics can severely damage our environment by:

If you’d like to remain updated on Evoware’s activities, or just want to read up on more environmentally-inclined start-ups, simply go to Inventions.news today.