“No Clinton Foundation funds—dedicated to Haiti or otherwise—were used to pay for Chelsea’s wedding. It’s not only untrue, it’s a personal insult to me, to Hillary, and to Chelsea and Marc.”

Attached to Bill Clinton’s tweet is a Washington Post ‘fact checker’ titled, “Did The Clinton Foundation Pay For Chelsea’s Wedding?” 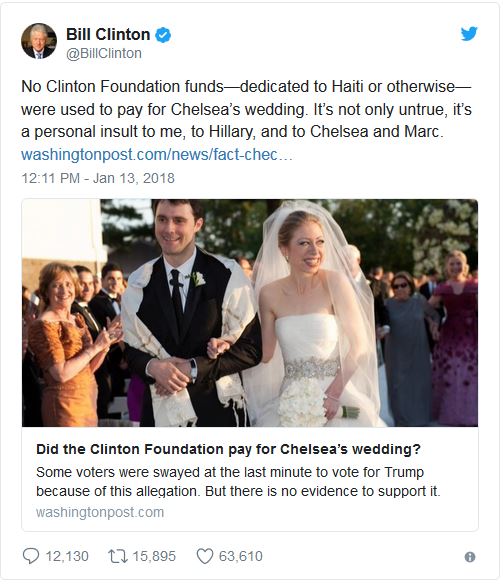 That’s when Wikileaks jumped in to remind the world they have email proof that the Clintons did in fact pay for Chelsea’s wedding with Haiti relief funds. 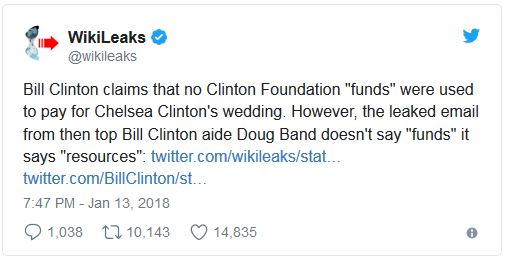 Wikileaks links back to a Wikileaks document released in November 2016. 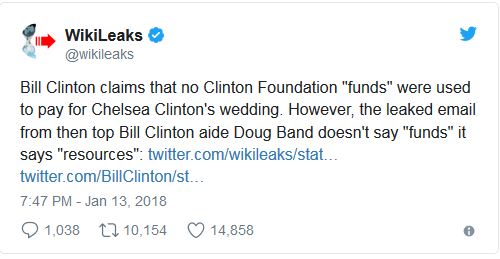 The document was an email between Hillary Campaign Chairman John Podesta and Clinton official Doug Band.

In the email exchange Band mentions Chelsea taking from the Clinton Foundation to pay for her wedding. 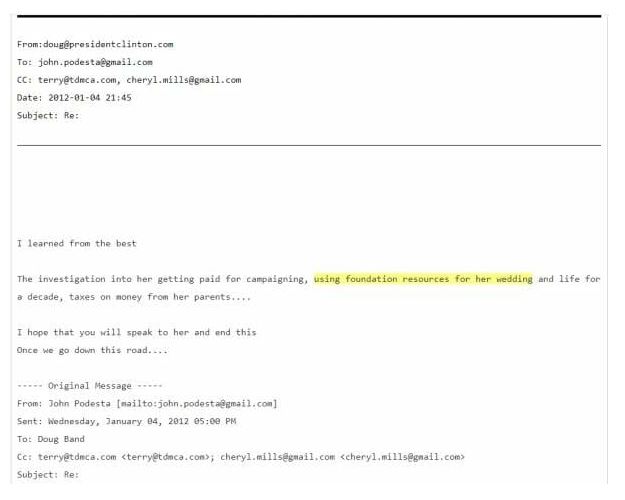 It’s all in black and white Bill.
You took cash from the Foundation to pay for your only daughter’s wedding, lied about it and got caught.
Somethings never change. 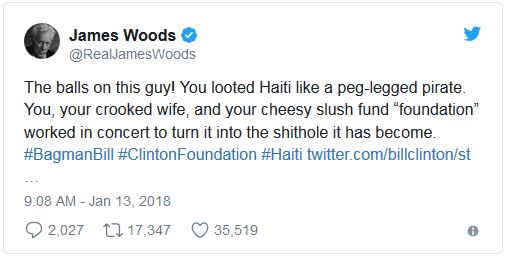