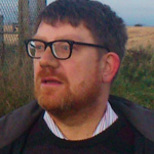 Beginning his working life in the aviation industry and trained by the BBC, Tony Gosling is a British land rights activist, historian & investigative radio journalist. 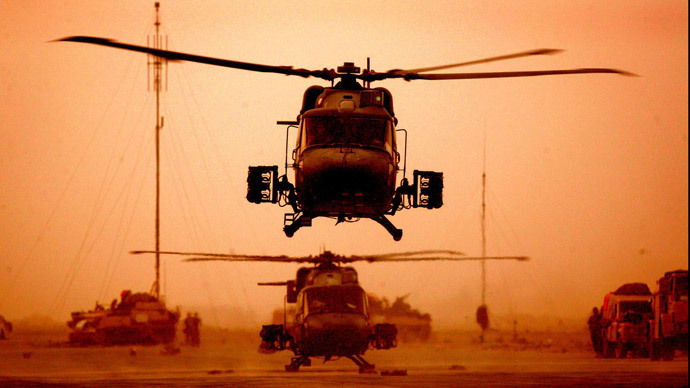 Democracy had another near-fatal stroke, and the military industrial complex further tightened UK defense spending with the appointment of ex-army officer and Tory hothead Rory Stewart MP as the new chairman of Westminster’s Defence Select Committee.

Last week the Home Affairs Select Committee delivered a damning verdict on Britain’s defense and secret service oversight, on taxpayer accountability. It said the refusal of the director general of MI5, Andrew Parker, to appear before them and lack of any effective supervision was “undermining the credibility of the intelligence agencies and parliament itself.”

Surely nothing could surpass the ‘Dodgy Dossier’, the criminal conspiracy that led to the US and Britain, as the Arab League put it in 2003, to ‘Opening the Gates of Hell in Iraq’? But with Stuart’s appointment to oversee public scrutiny of UK military spending just two weeks before NATO’s political cabal of which he’s a member, the Bilderberg conference, meets in Copenhagen later this month, it is clear to those who still have eyes to see that those bloody lessons have not been learned and the worse could be yet to come.

The most powerful private club in the world

In their Christmas 1987 edition, The Economist described Bilderberg as ‘Ne Plus Ultra’ the most powerful private club in the world. Its power has certainly not diminished as the decades have rolled by and neither has its secrecy. Although it began with trades unionists and powerful people it wanted to persuade, in its final days Bilderberg has boiled down to a rotten core of bankers, royalty, arms industry, oil and media barons and Rory Stuart MP, in the tradition of Kissinger, Blair, Cameron, Osborne and Balls, has thrown his lot in with them.

In 1943, half way through the war, the US power elite saw that, barring any big surprises, Hitler was going to lose World War Two, so their ‘War And Peace Studies Group’ of the Council On Foreign Relations (CFR) quietly began to prepare the Marshall Plan for the post-war world. Alongside the Office of Strategic Services (OSS), a sizable budget was set aside to fund a range of activities which would ensure Europeans didn’t vote communist and were welded economically, culturally and politically to the US for the foreseeable future. 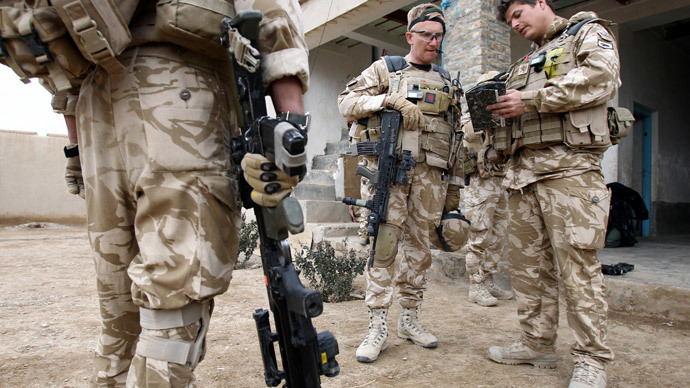 British soldier Lieutenant-Colonel Nick Lock (C) checks his equipment before conducting a patrol with soldiers of the 1st Batallion
of the Royal Welsh in streets of Showal in Nad-e-Ali district, Southern Afghanistan, in Helmand Province.(AFP Photo / Thomas Coex )

Born in a Nazi ‘witches cauldron’ of British blood

Bilderberg’s first chairman, Prince Bernhard of the Netherlands, was born into the German aristocracy. He joined the Nazi party at university, then the SS but he married into the Dutch royal family, dropping the silver deaths-head and black SS uniform before the war. His newly adopted Holland was invaded by his old Nazi friends in 1941, so he fled to Britain with Dutch Queen Wilhelmina and his wife, Princess Juliana.

As a former SS officer he was scrutinized by the Admiralty’s wartime spymaster, Ian Fleming who, after a year of watching Bernhard, signed him to the British army as a trusted Dutch liaison officer.

With 1944 came one of Bernhard’s most important jobs: to supervise the Dutch underground in the run-up to September’s liberation of large parts of Holland. Field Marshall Montgomery’s audacious airborne operation, the biggest in history, depicted in Cornelius Ryan’s 1977 film A Bridge Too Far, was codenamed ‘Market Garden’ and intended to end the war by Christmas.

As liaison officer for the coming Arnhem deliverance, Bernhard sent in Dutch spy, Christiaan Lindemans, codename ‘King Kong’, ten days beforehand to prepare resistance fighters for the allies lunge through Eindhoven, Nijmegen and over the Rhein into Arnhem.

But instead of making contact with the Dutch underground, Bernhard’s ‘King Kong’ found some German soldiers and demanded to be taken straight to the Abwehr, German military intelligence. The allies’ plans for the airborne assault were in enemy hands because Bernhard’s precious Lindemans was a double agent. He had wrecked the allies’ all-important element of surprise.

‘King Kong’ was arrested and quizzed after the war by the British but never got a chance to tell his story because, under Dutch orders, he was whisked off to Germany and died in suspicious circumstances.

Operation Market Garden went ahead on Sunday September 17, 1944, but the British paratroopers at Arnhem were quickly split and surrounded by forces containing self-propelled guns, tanks and crack SS troops, who happened to be resting nearby. Frost’s 2nd battalion held on to the bridge leaving the rest of the 1st Airborne Division surrounded in what the Nazis called the Hexenkessel or ‘witches cauldron’, pinned down in the suburb of Oosterbeek.

On Wednesday 20 September, 1944, as British airborne Colonel John Frost’s remaining paratroopers were being mauled by SS Panzers at Arnhem Bridge, the tanks of the Grenadier Guards, along with US paratroopers, were tantalizingly close, destroying the last German defenses down the road in Nijmegen. Ironically, it was a young captain, who was also to chair the Bilderberg meetings in later life, Lord Peter Carrington, who was leading the Grenadier battle group of Sherman tanks as they took the penultimate bridge. At 8 o’clock that evening, he was just a 20-minute drive from reinforcing Frost at the Arnhem Bridge, and victory.

But although they still had eight hours or so before Arnhem Bridge would finally fall into German hands, Carrington’s force, along with the Irish guards, of a hundred or so tanks inexplicably stopped, just over the Nijmegen Bridge in the village of Lent, for an eighteen hour rest. After the war, 10 SS Panzer Division General Heinz Harmel mocked Carrington saying, “The British tanks made a mistake when they stayed in Lent. If they had carried on it would have been all over for us.”

‘Colonel Frost later put the blame,’ as Stuart Hills reports in ‘By Tank To Normandy’, ‘firmly on the lack of drive by Guards Armoured,’ of which Carrington’s Grenadiers were the spearhead. ‘Comparing their relatively light casualties with those suffered by the British 1st Airborne and US 82nd. Forty years later,’ in 1984, ‘he stood on the bridge at a reunion, shook his fist and roared a question into the air for the guards. ‘Do you call that fighting!’

So Bilderberg’s first 1954 venue in Oosterbeek, Holland, was highly significant, being the same spot where a decade before the British army had suffered nearly 10,000 casualties in of one of the last Nazi bloodbaths of World War II. Bernhard had given the game away and when it looked like, despite his treachery, the brave allied soldiers might pull it off, Carrington and his corps of tanks ground to a halt for an eighteen hour tea break. 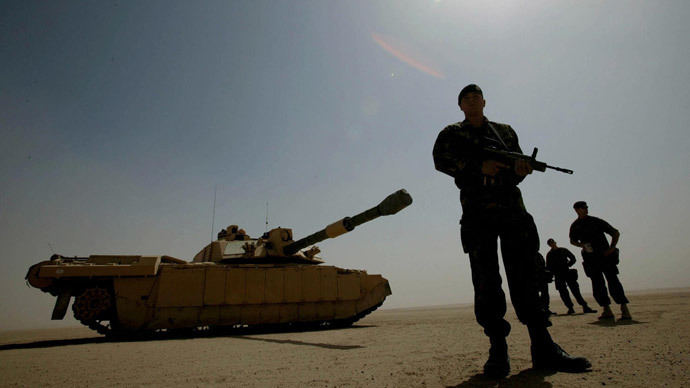 Psychos always return to the scene of the crime

Like the psychopath, who feels compelled to return to the scene of the crime, Prince Bernhard returned to Oosterbeek to chair the inaugural Bilderberg meeting in 1954. The conferences led to the signing of the Treaty of Rome, which started the European Economic Community (EEC) three years later.

Surrounded by the great and good of the post war world, the prince hoped nobody would examine his reasons for choosing Oosterbeek. At the best it was an in-joke – at the worst the battle was thrown. Whatever way you look at it sixty years on, the coded message from that first Bilderberg meeting should be clear to us now. Ten years after the war, the Nazis were back.

So seventy years since the Arnhem slaughter and sixty years since the first Bilderberg conference, the EEC has become the EU. NATO’s new feudal oligarchy of Western banksters and multinationals own and control all the big political parties as well as almost everything that moves both sides of the Atlantic.

Some saw it coming: former SS general Paul Hausser, who became chief of HIAG, the German SS veterans group after the war, claimed that “the foreign units of the SS were really the precursors of the NATO army.” Others detailed the Nazis’ transformation from military to financial empire including former CBS News correspondent Paul Manning in his 1981 book ‘Martin Bormann Nazi in Exile’.

Bilderberg’s latest wheeze is the Transatlantic Trade and Investment Partnership (TTIP). This treaty makes voting pointless by letting multinationals sue governments and will leave only the thinnest veneer of democracy for the mainstream media to chew on both in Europe and America. The ‘nation states’ will become mere prefectures and the European Commission will be the unelected government of the United States of Europe.

As ordinary people across Europe and America cry out for decent basic standards such as fresh water, food, shelter, healthcare, heating and full employment, the mainstream media barely hear them because this is not the Bilderberg way. Instead, these pinstriped fascists bury us in debt, steal our leisure time, erode quality time with children, friends and family, and then blame us for demanding a fair share of the rewards of human progress.

The statements, views and opinions expressed in this column are solely those of the author and do not necessarily represent those of RT.