Bilderberg 2018: What is Bilderberg? Why is it so secretive and where are members meeting?

Some of the globe’s biggest leaders and experts from the worlds of finance, business and academia are regularly invited to the elite conference.

Bilderberg’s organisers say 131 participants from 23 countries have confirmed their attendance, with two-thirds typically coming from Europe while the rest are from the US.

Meetings at the four-day private convention are held under the Chatham House rule which, according to Bilderberg’s website, means “participants are free to use the information received, but neither the identity nor the affiliation of the speaker(s) nor of any other participant may be revealed”.

A public list of participants – which has previously included former UK Prime Ministers Tony Blair, Margaret Thatcher and David Cameron – is available on the website.

This year’s list includes George Osborne, former Chancellor of the Exchequer and Editor of the London Evening Standard.

What is Bilderberg? Why is it so secretive and where are members meeting?

The 2018 Bilderberg event is being held in Turin, the cultural hub of northern Italy.

According to organisers, its purpose is “designed to foster dialogue between Europe and North America” 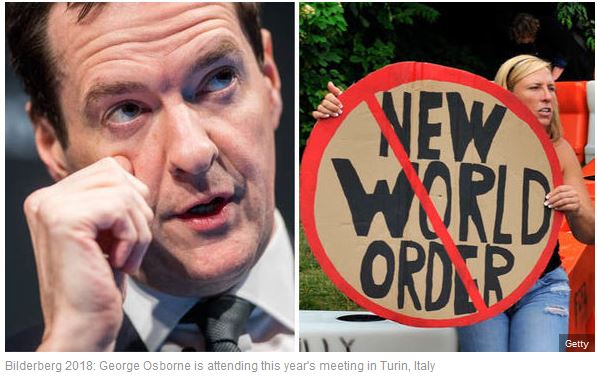 The website reads: “Bilderberg was established in 1954 as a forum for informal discussions, bringing together individuals who share an active interest in affairs relevant to the relationship between Europe and Northern America.

“The meeting has one main goal: to foster discussion and dialogue.

“There is no desired outcome, there is no closing statement, there are no resolutions proposed or votes taken.”

Bilderberg Meetings are led by its steering committee – a list of members can be viewed on the website – and is currently chaired by Henri de Castries. 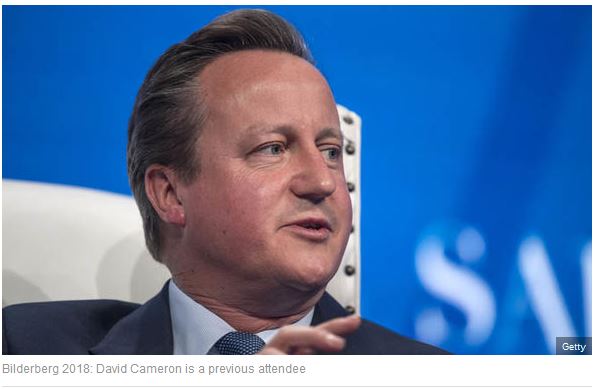 Due to the nature of the discussions remaining private, many conspiracy theories have speculated members are secretly plotting a new world order behind closed doors.

Journalists are not allowed to cover proceedings officially but may be invited in an informal capacity.

Bilderberg justifies the privacy afforded by attendees as enabling them to speak more freely.

The Bilderberg website says: “Thanks to the private nature of the meeting, the participants are not bound by the conventions of their office or by pre-agreed positions. 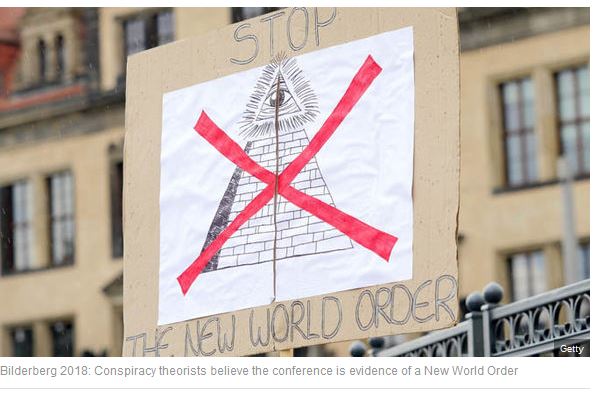 “As such, they can take time to listen, reflect and gather insights.

“There is no detailed agenda, no resolutions are proposed, no votes are taken, and no policy statements are issued.”

Agenda items for 2018 include Artificial intelligence, Russia, The “post-truth” world, and Saudia Arabia and Iran.

A total of twelve topics will be discussed in full.