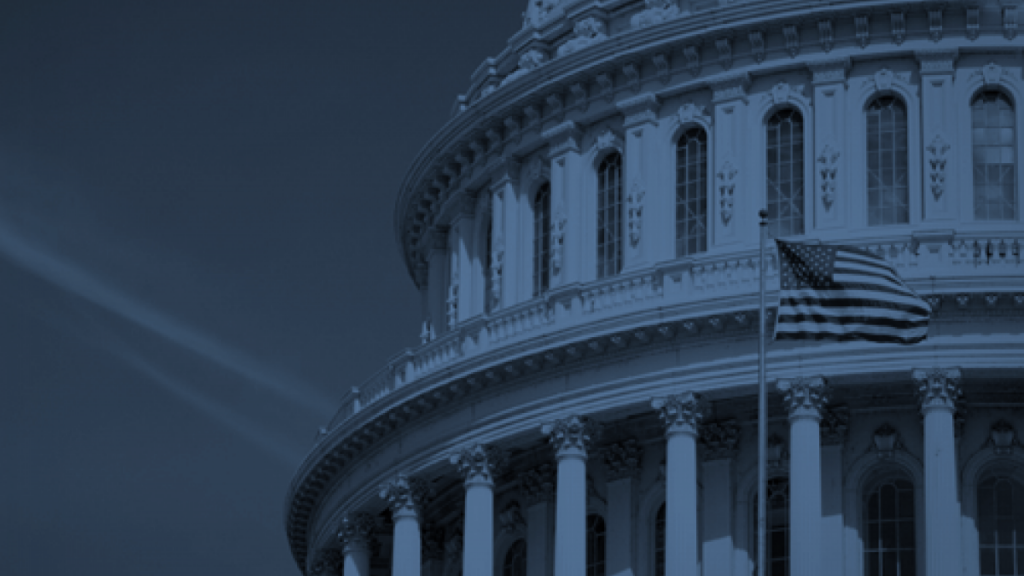 WASHINGTON, D.C. – This morning, Congressman Andy Biggs sent a letter to Department of Justice (DOJ) Inspector General Michael Horowitz, requesting the release of all draft reports of the DOJ’s procedures in the Clinton email investigation. Congressman Biggs was joined on the letter by Congressman Ron DeSantis and Congressman Matt Gaetz.

“I hope the substance of this report was maintained throughout the entire review process. However, I have no faith that those under investigation are also able to provide an unbiased review and edit the IG’s work. We need complete transparency, and I urge the Inspector General to show Congress all versions of his report leading up to the final product.” – Congressman Andy Biggs

“From flaunting congressional oversight to possibly threatening congressional staff, the arrogance displayed by the entrenched bureaucracy at the Department of Justice has been astounding. I hope the IG will provide all drafts of his report to Congress in order to ensure that this process has not been compromised.” – Congressman Ron DeSantis

Read the text of the letter below:

Almost one month ago, your office completed its draft report reviewing the Department of Justice (DOJ) procedures in the Clinton email investigation.

A draft was circulated to people within the DOJ and Federal Bureau of Investigation (FBI), providing an opportunity to respond and rebut the report’s findings in the final stage before the details become public. Your team has worked to ensure that this report is thorough and accurate; however, an investigation of this magnitude and consequence deserves heightened scrutiny to guarantee that the process has not been compromised in any way.  The trust of the American people depends on it.

We are concerned that during this time, people may have changed the report in a way that obfuscates your findings.  Per Congress’s oversight authority, we request you supply your original drafts along with the final published form.

Unfortunately, over the past year, the DOJ has repeatedly fought requests by Congress to produce documents related to this investigation, and when the DOJ actually provided documents, the materials have been heavily redacted. Past and present DOJ officials have asserted security concerns, even though the documents we have seen do not legitimately contain these issues.

We have every confidence that your investigation and report has been thorough and accurate. We request the various drafts of the report, particularly the draft provided to the DOJ and FBI, before those agencies made any changes to the draft report, be provided to us.

Thank you for your time and your service to our country. 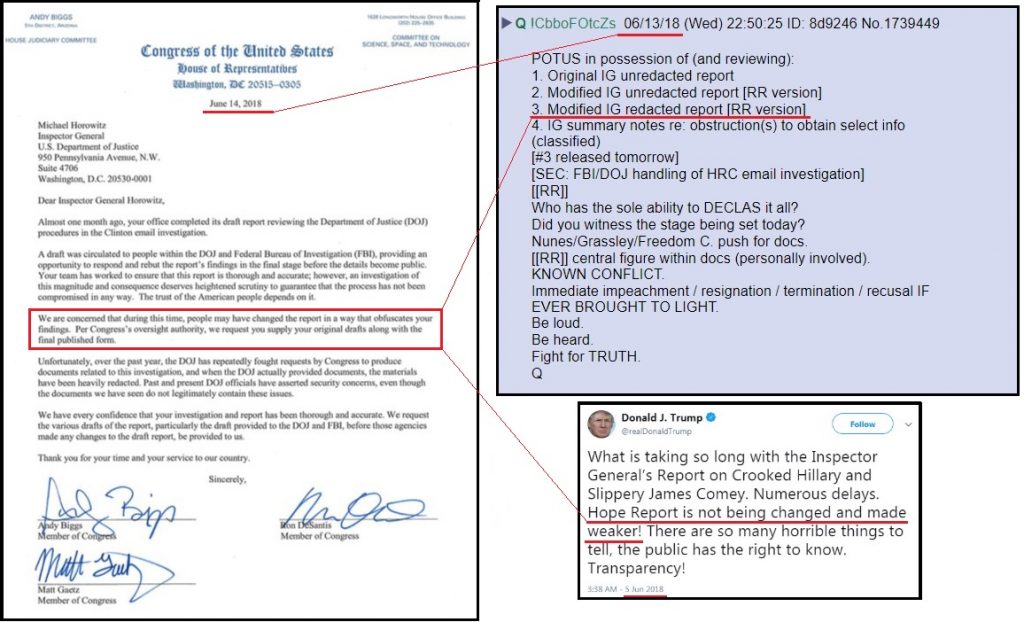