BIAS IN THE COURTS: UCC and TILA REVIEW 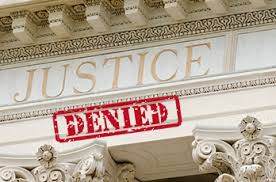 BIAS IN THE COURTS: UCC and TILA REVIEW

by Neil Garfield, published on Living Lies, on October 2, 2015

Our legal history has many examples of enormous errors committed by the Courts that were obvious to some but justified by many. The result is usually mayhem. The cause is a bias toward some underlying fact that was untrue at the time. Some examples include

It is the last item that I address in this article. A holder in due course is allowed to both plead and prove only the elements of Article 3 of the UCC. Article 3 of the UCC states that a party who purchases negotiable paper in good faith without knowledge of the maker’s defenses and before the terms are breached is presumed to be entitled to relief upon making their prima facie case — which are the elements already listed here. Even if there were irregularities or even fraud at the time of the origination of the loan or at a later time but before the HDC purchased the paper, the HDC will get judgment for the relief demanded. A “holder” (on the other hand) comes in many flavors under Article 3 but they all have one thing in common: they are not holders in due course.

The fundamental error of the courts has been to treat the “holder” as a “holder in due course” at the time of trial. It is true that the holder may survive a motion to dismiss merely by alleging that it is a holder — but fundamental error is being committed at trial where the holder must prove its underlying prima facie case. It should be noted that the requirement of consideration is repeated in Article 9 where it states that a security instrument must be purchased by a successor not merely transferred. So regardless of whether one is proceeding under Article 3 or Article 9, no foreclosure can be allowed without paying real money to a party who actually owned the mortgage. The Courts universally have ignored these provisions under the bias that it is axiomatically true that the party seeking to enforce the paper is so sophisticated and trustworthy that their mere request for relief should result in the relief demanded. This bias is “supported” by an additional bias: that failure to enforce such documents would undermine the entire economy of the country — a policy decision that is not within the province of the courts. And deeper still the bias is that it is axiomatically true that the paper would not exist without the actual existence of monetary transactions for origination and transfer of the paper. These “axioms” are not true.

As a result, courts have regularly rubber-stamped the extreme equitable remedy of foreclosure in favor of a party who has no financial interest in the alleged paper, nor any risk of loss or actual loss. The foreclosures are part of a scheme to make money at the expense of the actual people who are losing money. If this was not true, there would have been thousands of instances in which the “holder” presented the money trail that supposedly was the foundation for the paper that was executed and delivered, destroyed or lost. They never do. If they did, the volume of litigated foreclosure cases would drop to a drizzle. And these parties fight successfully to avoid not only the burden of proof but even the ability of the homeowner to inquire (discovery) about the “transactions” about which the paper is referring — either at origination or in purported transfers. Backdating assignments and endorsements would be unnecessary. “Robo-signing” would also be unnecessary. And the constant flux of new servicer and new trustees would also be unnecessary. Many of these events consist of illegal acts that are routinely ignored by the courts for reasons of bias rather than judicial interpretation.
A holder in due course proves their prima facie case by

Because of bias, the Courts, just as they did with TILA rescission, have mostly committed fundamental error by allowing to alleged “holders” a lesser standard of proof than the party who is legitimately in a superior position of being a holder in due course. It starts with a correct decision denying the homeowner’s motion to dismiss but ends up in fundamental error when the court “forgets” that the enforcing party has a factual case to prove beyond mere possession of an instrument they say is the original note.
The holder, in contrast to the holder in due course, is not entitled to any such presumptions at trial, except that they hold with rights to enforce. They don’t hold with automatic rights to win the case however.
A holder proves its prima facie case by>

It should be added here that the non-judicial foreclosure states essentially make it even easier for an unrelated party to force the sale of property. Those statutory procedures are wrongly applied leaving the burden of proof as to UCC rights to enforce squarely on the homeowner who in most cases is not even a “borrower” in the technical sense. Such states are allowing parties to obtain a forced sale of property in cases where they would not or should not prevail in a judicial foreclosure. The reason is simple: the procedure for realignment of the parties has been ignored. When a homeowner files an action against the “new trustee” (substituted by virtue of the self proclaimed and unverified status of a third party beneficiary under the note and mortgage), the homeowner is somehow seen as the party who must prove that the prima facie case is untrue (giving the holder the rights of a holder in due course); the homeowner is being required to defend a case that was never filed or alleged. Instead of immediately shifting the burden of proof to the only party that says it has the rights and paperwork to justify the forced sale. This is an unconstitutional aberration of the rights of due process. The analogy would be that a defendant accused of murder must prove he did not commit the crime before the State had any burden to accuse the defendant or put on evidence. Realignment of the parties would comply with the constitution without changing the non-judicial statutes. It would require the challenged party to prove it should be allowed to enforce the forced sale of the property. Any other interpretation requires the the homeowner to disprove a case not yet alleged, much less proven in a prima facie case.