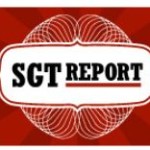 The U.S. military government, known to the world as the administration of President Donald Trump, is about to declare martial law, Pentagon sources say.  “The Cabal has been checkmated, as Trump is ready to federalize the National Guard in case of riots or civil unrest,” Pentagon sources say, adding that “FEMA camps will be used to house mass arrests, and Gitmo may house high-value targets while military tribunals will dispatch them swiftly.”

Such radical action is necessary, “Because of corrupt judges appointed by [former U.S. President Barack] Obama and a Congress stacked with shills for Israel, so Trump may be forced to declare martial law to impose military justice,” is how one Pentagon source put the situation.  The FBI, for example, has been actively covering up the cabal slaughter of hundreds of Americans in Las Vegas using G4S mercenaries, multiple sources say.

Trump was probably referring to this upcoming purge in the following Tweet:  “After years of Comey, with the phony and dishonest Clinton investigation (and more) running the FBI, its reputation is in tatters—worst in History!  But fear not, we will bring it back to greatness.”

The other big news from last week is that the U.S. Dover Air Force Base was hit last with a nuclear weapon or the equivalent.  The attack was described as a magnitude 4.4 earthquake in the corporate media.  However, the “earthquake” had all the hallmarks of a nuclear or beam weapon attack in that its epicenter was a military base, it was shallow, and the seismograph shows a huge one-off instant quake, not the sort of shaking buildup seen in natural quakes.  It can be seen in the link below.

Although the attack took place the day after North Korea announced it had ICBMs that could hit anywhere in the U.S., Pentagon sources are saying this was part of the undeclared civil war inside the military-industrial complex.  The Dover base is where U.S. military and other dead bodies are “processed,” and it is also home to long-range heavy-lifting air transports.  Since the CIA smuggled heroin back to the U.S. in coffins during the Vietnam War, it is a pretty good guess that this base was taken out because it was a major trans-shipment point for Afghan heroin.