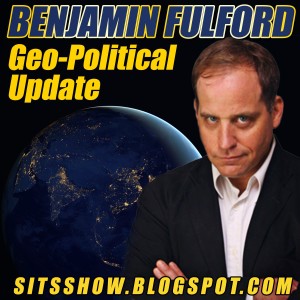 Added links below. Listen to this update with the youtube video below. – Justin, Stillness in The Storm

The UNITED STATES OF AMERICA CORPORATION based in the Washington D.C. extra-territorial enclave inside the Republic of the United States of America failed to make a payment on March 31st and was given until April 17th to come up with the goods but was unable to, according to Chinese government and CIA sources. For that reason the US corporate government has gone bankrupt, the sources say. However, the folk in Washington do not plan to go quietly and are still fighting to survive.

Related: The National Debt Is Not For Americans To Payback | History of The Corporate Takeover of The Continental United States

Related: 13 Days of Preparation | Occult Significance of May Day and the 13 days of April 19th – May 1st

This can be confirmed in the corporate propaganda and government news wires around the world in reports about the Washington IMF/World Bank meetings that ran from April 16-18. The news reports to the general public do not mention the word bankruptcy but rather say things like 19 out of the 20 so-called G20 countries are angry that the US will not give up its veto over the World Bank and IMF. In other words the US government has been publicly repudiated by leaders of 19 out of the 20 top economies.
The current US situation reminds of an old joke my mother told me about a woman watching a military parade and shouting proudly “look my son is the only one marching in step.”

Underneath the surface too, there is a lot of spy movie type subterfuge going on involving high denomination bonds, identity theft, murder and secret negotiations as various players jockey for position in the emerging new financial system.

a basic agreement that China was to get a 20% voting share in the new system and that China would not be seeking world hegemony. There was a lot of other stuff discussed that cannot yet be made public for security reasons but involve a plan to seriously help the vast majority of humanity.

There were also negotiations involving the WDS and representatives of Iranian, Chinese, Japanese and Korean royal families. In each case, the genuine heirs to historical gold fortunes told the WDS many of their relatives had been murdered and that they also feared for their lives. In several cases cabal members were caught trying to pass themselves off as genuine Korean, Persian, Chinese etc. royals, according to Japanese military intelligence and other sources. A representative of the Japanese emperor, Akihiko Yamaguchi, who was wrongly arrested in Chiasso, Italy and had billions of dollars worth of bonds stolen from him, also told once this writer that at least 4 different people had been caught trying to impersonate him at financial institutions.

The story that all these different sources tell is that Khazarian gangsters acquired the rights from various royal families around the world to use their gold as backing for huge denomination financial instruments. As mentioned before in this newsletter, Lord Blackheath discussed one such case in detail at the House of Lords in England in 2012. For those of you who have not yet seen his testimony, please take 11 minutes of your time and watch it at this link:

What Lord Blackheath discusses is the use of 700 tons of gold owned by an Indochinese royal to fabricate 750,000 tons worth of gold backed certificates that were used to create $15 trillion that was used to bail out the Federal Reserve Board after the Lehman crisis of 2008.

Now, other Royals are coming out of the closet with their paper certificates theoretically worth trillions of dollars that were issued to them by the same Khazarian or Federal Reserve Board con-men as Lord Blackheath mentions.

The Persian/Iranian royal heir claims to have $45 trillion worth of such bonds. Two of this heir’s brothers, his parents and many other relatives have been killed by the Khazarians to prevent them from either cashing the bonds or claiming their rights to the dynastic gold that underwrites these bonds, the Persian royal claims.

In addition, a Manchurian/Korean/Chinese royal family has produced detailed documentary evidence that they handed over their gold to the Americans before and during World War 2 in exchange for a promise it would be used to create a Korean, Manchurian, Chinese federation. Instead, the gold was used to fund the post war Marshall Plan that rebuilt Europe and Japan but left everybody else out in the cold.

To put it another way, the post war prosperity of the US and Europe was financed with gold that was fraudulently obtained from ancient mostly non-European royal families. These families have been asking for their gold back and, it was the failure to come up with the gold that led to the bankruptcy of the US corporate government on April 17th. The European royals, for their part, have reached an accommodation with their counter-parts in the rest of the world and that is why England, France, Germany, Italy, Switzerland etc. agreed to ignore the US corporate governments’ objections and join China’s proposed Asian Infrastructure Investment Bank.

We also have on the record public confirmation from IMF head Christine Lagarde that big money is about to be released. Here is what she said at last week’s IMF meeting in Washington:

“The Asian Infrastructure Investment bank is … the new kid on the block to actually respond to a massive need that is out there, which is infrastructure financing. People are talking not billions, they’re talking trillions needed to finance infrastructure in Asia.

“So if that institution is there to finance vital needs, that will push growth… and we can cooperate. If we can work together, that is excellent news. We are ourselves very supportive of this prospect, and we will happily cooperate and contribute to the extent helpful to this new institution.”

With this as background we can understand why there has been so much radical activity taking place in the US recently. One such story was the plan announced by the NORAD military command to reopen the mothballed Cheyenne military base under the Rocky mountains to prepare for “an electromagnetic pulse attack.”

The fact they have publicly announced they will reopen this base confirms that the newer underground bases built near Denver, Colorado, Washington D.C. and elsewhere have been seized by the white hats and taken out of cabal control.

There has also been a lot of speculation about why a bunch of Walmart stores located near US military bases have been suddenly shut down.

Related: Signs That The Elite Are Feverishly Preparing For Something BIG | Are We Going To Take Action?

CIA sources say there are underground bunkers being built under these stores for the elite to hide in. However, a pentagon source says the Walmarts are being prepared as distribution centers for food and other essential products in preparation for a shut down and reboot of the banking system. Time will tell which of these sources is telling the truth.

The other odd event is the New York Federal Reserve Board’s plan to move most of its essential functions to Chicago. We have previously noted that the Chicago Fed has been filling its windows with concrete. We have also noted the US Treasury department has been stocking up with water purifiers, emergency food stocks, emergency blankets etc. This is hardly the sort of material needed during an ordinary financial crisis.

However, please do not get paranoid just because the Feds are, this is not the end of the world but rather the end of the fraudulent fiat money world. For the 99.99% of us humans, this will be a time of great liberation from ancient Hyksos debt slavery.

The Vatican, for example, will be holding a special meeting of experts on April 28th to discuss the end of this and other forms of slavery.

In addition to this public forum, there will be secret meetings held later this month to discuss positive things. In particular, what will be discussed will be detailed mechanisms to ensure the trillions of dollars that are about to be released will not end up as fairy dust but actually lead to real improvements in the real world. What that will mean in reality is that instead of having a sudden, giant announcement, there will be a little snowball that will slowly but exponentially start getting bigger. At first there will be millions of dollars used for head-hunting, then there will be hundreds of millions spent on getting staff and headquarters set up, then there will be billions in pilot projects and only then will the trillions start to pour.

The important thing to keep in mind is that what we are setting out to do is create heaven on earth not create a new hell by seeking revenge. Seeking revenge for past crimes will only lead to a new set of negative cycles of vendetta. The Khazarian mafiosi also need to be reminded that surrendering gracefully is their best option.

[Help support Benjamin by purchasing a subscription at benjaminfulford.net]