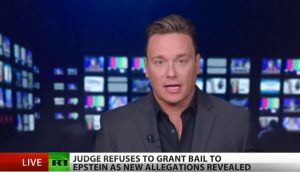 More and more connections appear to be connecting billionaire Jeffery Epstein and his “fixer” Ghislane Maxwell to Israeli intelligence. Not the least of which is the connection to Maxwell’s father, Robert Maxwell who was himself widely believed to be a Mossad agent and was given a state funeral when he died under mysterious circumstances in 1991.