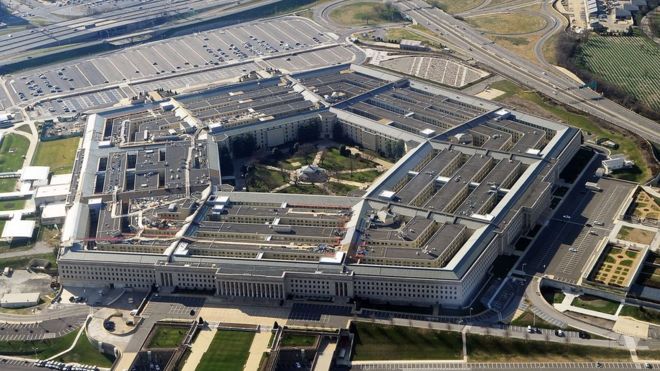 BZ: This is false seeding and half measures of Disclosure. Conect the dots and you can see players mentioned here, mentioned as playing a key role in other false UFO disclosure seeding stories in the last 2 months.

he Pentagon has been running a secret multi-million dollar programme to investigate Unidentified Flying Objects (UFOs), US media report.

Only a small number of officials were aware of the programme, which began in 2007 and was reportedly closed in 2012.

But scientists were doubtful, stressing that unexplained happenings were not necessarily proof of alien life.

The Advanced Aerospace Threat Identification Programme was the brainchild of Harry Reid, a retired Democratic senator who was the Senate majority leader at the time.

He told the New York Times: “I’m not embarrassed or ashamed or sorry I got this thing going. I’ve done something that no one has done before.”

Mr Reid – former senator for Nevada, home to the mythologised “Area 51” classified US Air Force base – later tweeted that the programme was a serious effort to get to truth amid “plenty of evidence to support asking the questions”. 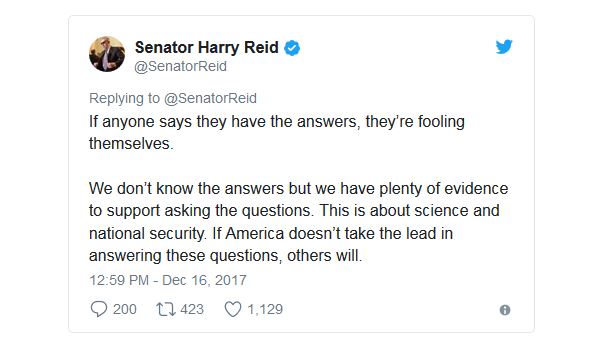 The programme is reported to have cost the Department of Defense more than $20 million (£15m) before it was shut down in order to save costs.

Although its funding ended in 2012, officials have reportedly continued to investigate sightings of unusual aerial phenomena and suspicious objects alongside their daily duties.

One former congressional staffer told Politico the programme may have been set up to monitor the technological progress of rival foreign powers.

“Was this China or Russia trying to do something or has some propulsion system we are not familiar with?”, they said.

The records included UFO sightings and a collection of reports on flying saucers.