Since August 2012, the SFO had been investigating commercial agreements between Barclays and Qatari investors struck during the financial crisis 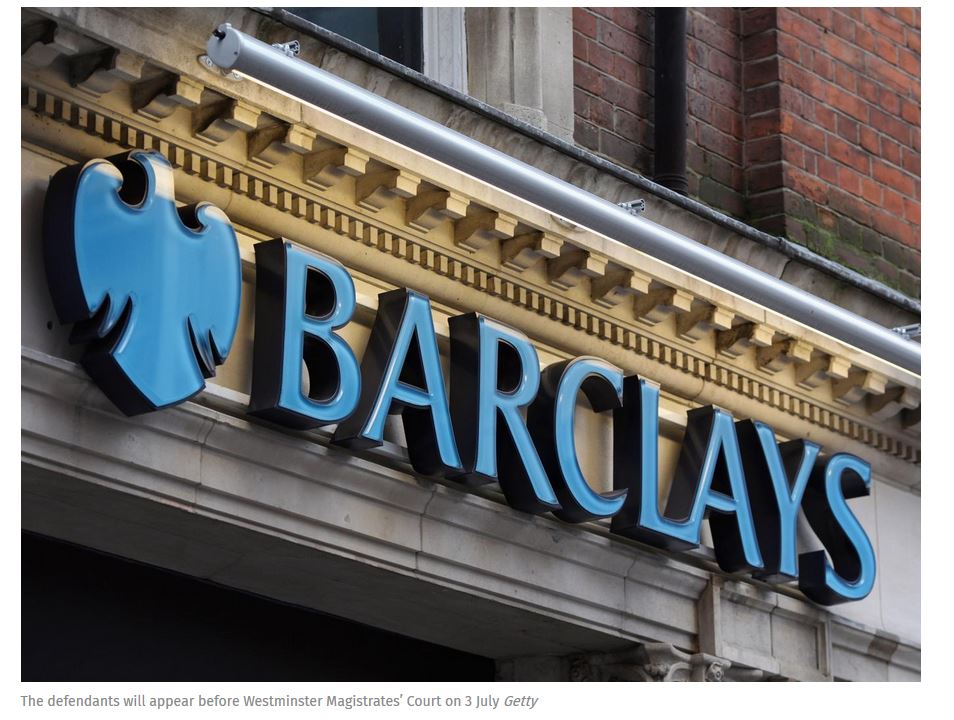 The Serious Fraud Office has charged Barclays PLC and four individuals, including the bank’s ex-chief executive John Varley, with conspiracy to commit fraud and for providing unlawful financial assistance during the financial crisis

Since August 2012, the SFO had been investigating commercial agreements between Barclays and Qatari investors struck during the financial crisis and the suggestion that the bank might have illegally bailed itself out with its own lending.

Qatar Holding, which is part of the Qatar Investment Authority sovereign wealth fund, and Challenger, an investment vehicle owned by a former Qatari prime minister, invested more than £5bn in Barclays between June and October 2008.

Without the Qatar bailout, Barclays – which was sitting on many billions of pounds of bad loans – is likely to have needed public funds to avoid a collapse, like the Royal Bank of Scotland and Lloyds. That was something the bank’s executives at the time were desperate to avoid.

The SFO had been examining whether payments from Barclays to Qatar made at the same time, including around £322m in “advisory services agreements” (ASA), alongside a $3bn loan made to Qatar in November 2008, were honest and properly disclosed.

Under the 1985 Companies Act it is unlawful for a company to lend itself money, a practice known as financial assistance.

On Tuesday, the SFO said that it had charged Barclays PLC and Mr Varley, Roger Jenkins, Thomas Kalaris and Richard Boath with conspiracy to commit fraud by false representation.

The defendants will appear before Westminster Magistrates’ Court on 3 July.

Mr Varley is the former chief executive officer of Barclays. Mr Jenkins was executive chairman for the investment banking and investment management divisions of the bank in the Middle East and North Africa. Mr Kalaris oversaw Barclays Wealth and Investment Management and Mr Boath was the European head of the bank’s financial institutions group.

The charges against Mr Varley, who left Barclays in 2010, mark the first time the head of any major bank has faced criminal charges since the 2008 financial crisis.

In a statement, Barclays said that it was “considering its position in relation to these developments”.

“Barclays awaits further details of the charges from the SFO,” it said.

The Financial Conduct Authority, the City’s regulator, had previously investigated the Qatar deal and said in 2013 that it intended to fine the bank for failing to disclose information about the arrangement. But the FCA suspended its case when the SFO opened its criminal investigation.

The FCA on Tuesday said: “We are pleased that this matter, which led to the stay of our own case, is now in the public domain. We welcome a fair and transparent hearing on the basis of the charges set out today by the SFO. We work closely with the SFO across a range of matters, in pursuit of our distinct objectives.”

Barclays also faces the prospect of civil legal action from shareholders who subscribed to its June 2008 capital raising.

“Shareholders who subscribed for shares and suffered losses as a result of any deliberately misleading information or omissions deserve redress,” said Simon Hart at the law firm RPC.

As money markets began to seize up in 2007 and 2008 and the solvency of many large banks came under deep suspicion, Barclays announced a £4.5bn public share issue in June 2008 to boost its capital. This was underwritten by Qatar Holding, Challenger and Temasek of Singapore among others.

In October 2008, after the catastrophic fall of Lehman Brothers, Barclays announced that it had raised an additional £7.3bn from Qatar Holding, Challenger and Sheikh Mansour bin Zayed al-Nahyan of Abu Dhabi.

The following month Barclays agreed a $3bn loan facility with the state of Qatar.

Barclays has denied that the two transactions were connected.

The Middle Eastern investors in Barclays are not accused of any wrongdoing.