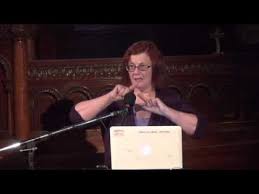 Barbara Honegger, M.S., is a leading researcher, author and speaker on the 9/11 Pentagon and anthrax attacks. Barbara has served in high-level positions in the Federal Government, including White House Policy Analyst and Special Assistant to the Assistant to the President.

Her pioneering book “October Surprise “– on the deep story behind the Iran side of the Iran/Contra scandal now confirmed by formerly classified documents — led to a full-subpoena-power Congressional investigation funded at the level of the 9/11 Commission.

From 2000 to 2011, Barbara served as Senior Military Affairs Journalist at the Naval Postgraduate School, the premiere science, technology and national security affairs graduate research university of the Department of Defense.

With the recent whistleblowing action by the lead FBI anthrax investigator, it’s vital to present a current insight into the significance of the anthrax attacks and their role in the 9/11 events.

FBI Sweeps Anthrax Under the Rug: http://rockcreekfreepress.tumblr.com/…
—
Produced: 2015, Episode: DTT-BH, Category: Education, 22:46
—
Phone your local public TV station and ask them to broadcast this film to your local community. Your station can download the film in TV broadcast format from PEGMedia.org .

This film is available for any Public TV station in the country – and world – to broadcast.