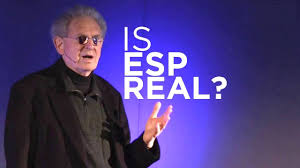 Russell Targ is a physicist who spent several decades working in a US government program exploring “remote viewing” – an apparently anomalous extended characteristic of the mind. Targ is convinced the effect is real. This talk was originally slated as part of a TEDx event in Hollywood in 2013, but the organization pulled their support of the event when they learned about the subjects.