Baby bird fossil is ‘rarest of the rare’

Baby bird fossil is ‘rarest of the rare’ 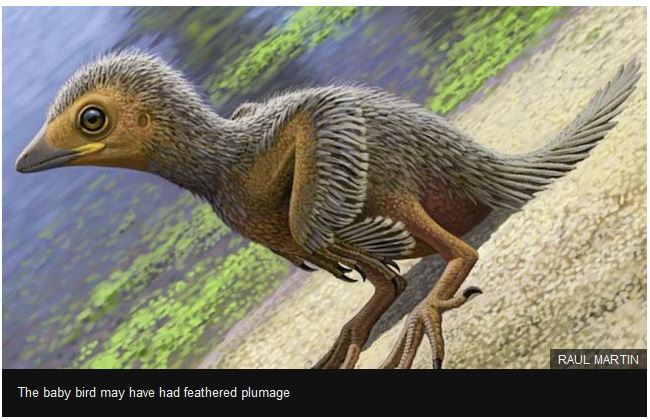 Scientists have unveiled one of the smallest bird fossils ever discovered.

The chick lived 127 million years ago and belonged to a group of primitive birds that shared the planet with the dinosaurs.

Fossils of birds from this time period are rare, with baby fossils seen as “the rarest of the rare”.

Scientists say the discovery gives a peek into the lives of the ancient, long-extinct birds that lived between 250 and 66 million years ago.

The bird belonged to the enantiornithine family, most of which had teeth and clawed fingers on each wing, but otherwise looked much like modern birds.

“It’s amazing to realise that many of the features we see among living birds had already been developed more than 100 million years ago,” said Luis Chiappe, from the LA Museum of Natural History.

From nose to tail the hatchling was a bit shorter than the little finger of a human hand, and it weighed just 10 grams.

The bird died not long after leaving the egg, giving a window into a critical stage of development.

Researchers from the UK, Spain, Sweden and the US used state-of-the-art technology to study its fossilised bones.

Analysis in a synchrotron – particle accelerators that use very intense light to study minute matter – revealed that the chick probably could not not fly at this stage. 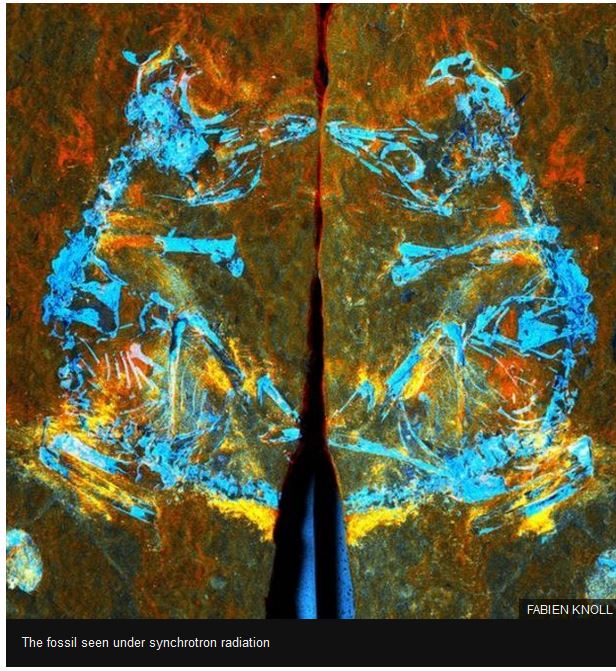 The cartilage in its sternum (breast bone in the centre of the chest) had not yet fully turned to bone.

Lead researcher Fabien Knoll of ARAID-Dinopolis and the University of Manchester said analysis of bone development can be used to study a host of evolutionary characteristics.

The fossil was found many years ago in the famous Las Hoyas site in Spain. However, it has remained largely unstudied until now.

“Truth be told, the techniques we used to analyse it in the paper (such as synchrotron microtomography and elemental mapping) had not yet been developed when the specimen was discovered,” said Dr Knoll. 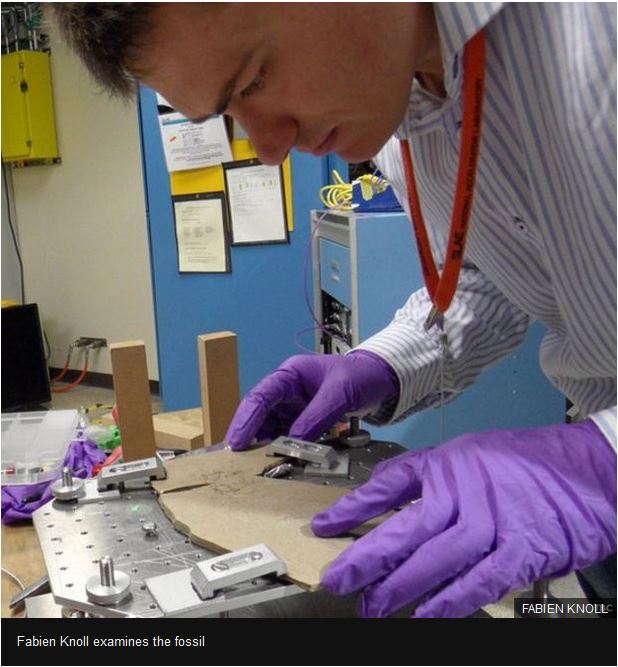 Studying the process of bone development can explain a lot about a young bird’s life and development. These early bird chicks may have been much like modern chickens, which have feathers and can move around from birth.

Or they might have been more similar to living love birds, which hatch with no feathers and their eyes shut, meaning they need parental care.

The research, published in the journal, Nature Communications, suggests the enantiornithines were very diverse in their behaviour and development.