Austerity not enough to save Greece – leaked IMF documents

Austerity not enough to save Greece – leaked IMF documents 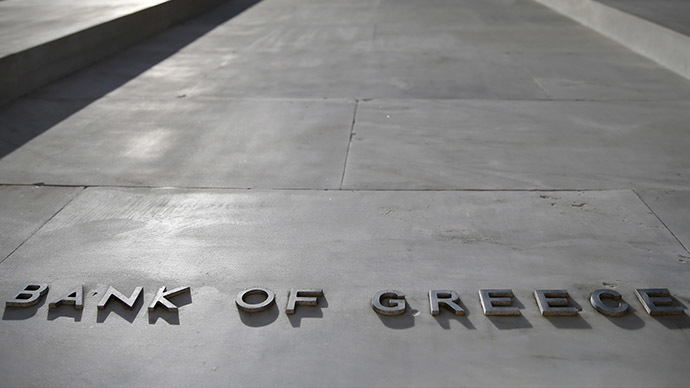 Even if Greece accepted all of the austerity measures demanded by its main creditors, the Troika, it still would not be able to make ends meet by 2030, according to IMF estimates revealed in a set of documents obtained by a German newspaper.

The most optimistic scenario shows that Greece would face an unsustainable debt in 2030 even if it agreed to the package of tax increases and spending cuts proposed by the European commission, the European Central Bank and the IMF in exchange for a five-month €15.5bn loan from its creditors.

These prospects were outlined in six documents that were part of the “final” proposal offered to Greece by the three main creditors on Friday. The papers were obtained by the German newspaper Süddeutsche Zeitung and seen by The Guardian.

The estimates provide support for Greece’s decision not to accept the bailout deal. They prove that for Greece to survive economically, it needs real debt relief measures, not austerity reforms.

According to the IMF, Greece would be unable to sustain a debt level of 118% of GDP. In 2012, the organization said that 110% of GDP is the highest debt threshold the country could take on.

Currently the country’s debt level amounts to 175% of GDP, and that percentage could easily rise if the country were to slip into recession.

The documents stressed that even if Greece posted stellar economic growth for 15 years, the debt level would still be higher than 110% of GDP, adding that Greece had no chance of meeting that target.

Even if the economy managed to maintain a growth rate of 4% a year for the next five years, the national debt level would only decline to 124%.

“It is clear that the policy slippages and uncertainties of the last months have made the achievement of the 2012 targets impossible under any scenario,” one of six secret documents, titled the Preliminary Debt Sustainability Analysis for Greece, stated.

There are also mentions of much needed “significant concessions,” but no specifics are revealed.

The files were reportedly sent to all German MPs for review and approval, but were never voted on since Greek Prime Minister Alexis Tsipras rejected the proposal and called for a referendum.

Other documents reveal further details about the proposed deal. For example, there is a description of how Greece would eventually gain access to €15 billion. The plan was to consist of five separate tranches beginning as soon as June. They were said to cover Greece’s immediate financing needs, with 93% of the money going towards paying the cost of maturing debt.

Other details were about reforms Greece should be forced to implement if it were to accept the proposal. The debate over pension reforms was particularly heated. The documents show that the three creditors wanted substantial reform, including changes to early retirement penalties and the phasing out the solidarity grant (EKAS).

Late on Tuesday evening, Greece became the first developed country to default on its international obligations, after the IMF confirmed that it had failed to receive the €1.5 billion debt payment from Athens that was due by the end of June 30.

IMF spokesman Gerry Rice said in a statement that Greece had asked for a payment extension earlier on Tuesday and that the Fund’s board would consider it “in due course.”

This was largely expected by the markets. Greek Finance Minister Yanis Varoufakis had warned earlier that Greece would not be able to make its IMF debt payment on time.

It is still unclear how the Greek debt saga will play out, as the Europgroup, made up of eurozone finance ministers, prepares to meet on Wednesday to discuss new proposals from the Greek government.