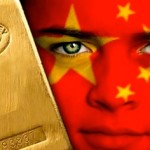 With global markets on the move, today King World News spoke to the man who has been focused on uncovering sensitive government and market information for over 15 years.  What he had to say will shock KWN readers around the world.  Chris Powell covered everything from off the record conversations with Asian central bankers, where they made stunning comments, to market manipulation, and what is really taking place behind the scenes in the war in the gold market.  Below is what Powell had to say in this remarkable interview.

Powell:  “I recently made fairly detailed presentations to two Asian central banks.  But I would like to share some absolutely remarkable information that was conveyed to me by two central bankers….

“I was struck by the fact that one of the central bankers did volunteer to me that most central bankers are aware of the fractional reserve nature of the Western gold banking system, and its vulnerabilities.”

Eric King:  “Chris, that’s staggering that this man admitted central banks outside of the West understand that the West is essentially running a Ponzi scheme with regards to the Western gold market.”

Powell:  “He clearly acknowledged their understanding that gold does not back all of the claims to gold that are floating around the world financial system, particularly when it comes to the West.  You would probably never get a central banker to acknowledge that publicly, but that is precisely what he said to me off the record.”

Eric King:  “Chris, the fact that you were in Asia presenting to these two key central banks, and this central banker admitted that the word is out amongst the central banks that the West is running a Ponzi scheme, an unbacked paper gold scheme, and when you see all of this massive accumulation of gold by China, Russia, and various other BRIC nations, it does in fact appear the word has leaked out about the Western scheme.”

Powell:  “Certainly the Asians know what is going on — I mean, that’s where the gold is going.  The Western central banks obviously know — they have evaded virtually all of my questions.  I would bet my life, Eric, that despite all of the public acrimony between the United States and China, the Fed and the People’s Bank of China are on the phone every day consulting about the gold market.

They are doing a very delicate dance as China tries to hedge its disproportionate US dollar foreign exchange reserves with gold and other hard assets, without exploding both markets (gold and the dollar).  I don’t think anything major happens in the gold market from day to day without China’s consent.  China could blow up the gold market any time it wanted.  It could also blow up the US dollar market, the US interest rate market and bond markets any time it wanted.

I can tell you that after speaking to this central banker, and hearing his very candid confession, that all of the major central banks know what’s going on.  This doesn’t mean that all of them are involved in the scheme as the United States, China, and Britain are, but they know, and they know how vulnerable the system is.  Meaning, it is delicate and could come crashing down if not properly managed from day to day. 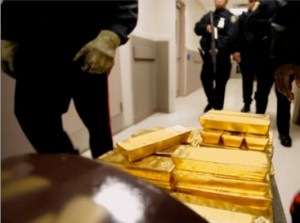 As an example, another central banker admitted to me off the record that, yes, the gold price is ‘of profound interest to central bankers.’  Well, that is just confirming what I said to you.  I don’t want to give away too much information here because I want to respect my contacts around the world, but the reality is that the gold market is micro-managed, despite all the incessant denials.”

Eric King:  “William Kaye was telling KWN the Western scheme is nearing its end because they are running out of physical gold to continue the scheme.”

Powell:  “We see these enormous volumes of gold moving from West to East, sometimes through Switzerland.  We saw the disparity in the Bank of England’s gold vaulting reports between February and June, where 1,200 tons of gold seemed to disappear.  When I asked the Bank of England about that they basically told me to drop dead and they would have no further comment on the matter.

All of this echoes what Kaye is saying.  We can see these gold outflows from the West, and we can also see the inflows to the East.  We don’t know exactly when the metal will run out, but we do know we have seen this movie once before.  This is exactly what happened when the London Gold Pool was drained. 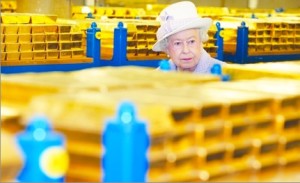 The pool collapsed and there were emergency US Air Force transport flights, according to the Federal Open Market Committee Meeting Minutes, flying gold over from the United States to the Bank of England in 1968.  This was at a time when the Bank of England was advancing its own gold into the market on behalf of the United States, in an attempt to hold the gold price at $35 an ounce.

In March of 1968, the outflow of gold had reached hundreds of tons per week.  At that point, the nations participating in the Long Gold Pool realized they had only a few weeks’ worth of gold left at that staggering rate of outflow.  So, they closed the London Gold Pool.

The dollar price of gold literally failed at that point.  The price of gold was $35 an ounce of gold one day, and the next day there was no price at all because there was no official market.  I suspect that either that will happen, and the gold that is available will run out, or more likely the central banks will see what’s coming and arrange an international currency revaluation.  At that point there will be chaos in the gold and currency markets, but in the end this will mean substantially higher gold after the official reset of the international gold price.”