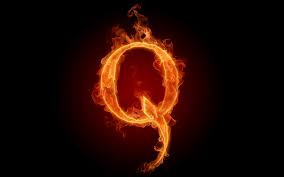 Over the last week the Washington Post, New York Times, CNN. NBC News, CBS News, Bloomberg, The New Yorker, Vox, and the Daily Beast have all written a plethora of over 20 articles on the Qanon Movement all using highly similar talking points to marginalize the movement.

Instead it’s just pushing it into the cultural mainstream– the Streisand Effect. The liberal mainstream media will never learn.

The Washington Post published three articles in the last four days. Crazytown– clearly the mainstream media and their deepstate handlers see the movement as a threat coming up to the midterms.

Such a coordinated major media barrage of negative coverage hasn’t been seen since Wikileaks published The Podesta Emails.

Into the Cultural Mainstream

Over the course of the last week, the cultural and political phenomenon known as the QAnon Movement has been categorically attacked by nearly every major legacy media organization in the US in what appears to be a coordinated effort to mischaracterize and discredit it in rapid succession.

Notable left-leaning publications from the Washington Post, NY Times, USA Today, Bloomberg, to magazines like The New Yorker, Newsweek, and Fortune, to national and cable news outlets such as NBC News, CNN, CBS News, and MSNBC, and even national broadcasting services such as PBS and the BBC have all shined in concert a glaringly critical spotlight on the movement.

Other than the consistently negative media coverage of President Trump, such a barrage of coordinated mainstream media attacks has not been seen since Wikileaks published The Podesta Emails in the final weeks before the 2016 US Presidential Election.

The coverage’s common denominator is the use of shared descriptives including “fringe, far-right, false, deranged, insane, bizarre, cult, and conspiracy theory” in an attempt to marginalize the movement.   The media blitz reached a zenith after President Trump’s rally in Tampa, Florida on July 31, where a contingency of attendees sported “Q” t-shirts and raised homemade placards directing viewers to #QAnon and to www.Qanon.pub, the website that re-publishes QAnon’s 8chan content.

By all objective standards, the popularity of the movement is on the rise.  Yet, QAnon remains by design inherently mysterious.  No one knows QAnon’s actual identity, as the information is exclusively published on the anonymous forum 8chan.  In an age increasingly characterized by big tech profiteering from the sale of users’ private metadata and algorithm-based censorship, 8chan remains one of the last online vestiges that values freedom of thought, speech, and information.

Some anon researchers believe QAnon is associated with the Q Group, the NSA’s secretive security and counterintelligence directorate, of which little is publicly known. If this is the case, QAnon would certainly hold a security clearance equivalent to that of a Department of Defense Top Secret Security Clearance.

QAnon’s content is equally enigmatic, embedded with multiple levels of meaning, mirrored codes, info-graphs, markers, connections, video clips, original photographic images, and coordinated timestamps, all converging into a highly sophisticated information treasure map of sorts.  QAnon has stated that the communications must be expressed in an indirect manner as the specific details are sensitive classified material, which by law cannot be openly stated.

These communications have inspired a 24/7 global research gathering on 8chan’s QResearch Board, composed of tens of thousands of anonymous researchers, who scour all open source information to substantiate, interpret, and expand upon QAnon’s posts.  The posts along with the best of the anon research are sent across the social media ecosystem at an astounding rate via a loyal vox populi distribution system.  In a recent article, Time claimed that QAnon was among the 10 most influential voices on the internet today.

QAnon’s central theme is that President Trump, along with patriotic elements of the US Military and Intelligence Community, are currently in a real-time battle to disrupt and dismantle highly corrupt, criminal, and, often times, seditious governmental and private sector corporate systems in the US and internationally.  President Trump and his alliance are preparing to expose and prosecute these layers of identified bad actors, who are the authors and operators of this systemic corruption. Many in the higher echelons of the legacy media infrastructure are also implicated.

QAnon claims that these bad actors have literally sold out US National Interests to prominent transnationalist individuals, certain US and foreign multinational corporations, and various foreign government interests, creating what has become a grave threat to national security, sovereignty, and the economic future of the America People.  QAnon refers to this dynamic as “America for Sale”.

This central theme is encapsulated in QAnon’s post #1746 on July 28,

“NO MATTER WHAT HAPPENS THE MEDIA WILL NOT PUSH THE TRUTH

REFER BACK TO PREVIOUS DROPS

In post #1822 from August 6, QAnon responds directly to the recent wave of media coverage,

FEAR & SCARE PUSH.
They would rather see NK peace negotiations fail (WAR!) than see POTUS resolve.
Scandalous media bias?
Conspiracy?
Collaboration?
What are they hiding?
FAKE NEWS MEDIA IS NOT FREE AND INDEPENDENT.
FAKE NEWS MEDIA = PROPAGANDA ARM OF THE DEMOCRATIC PARTY.
Think WL list of journalists who colluded w/ HRC/DNC (2016 Pres Election)…
You are witnessing a FULL PANIC ATTACK by the FAKE NEWS
MEDIA & COVERT ALT MEDIA AFFILIATES (foreign gov’t).
They cannot contain or defeat what they do not understand.
Is any of this normal?
Think sealed indictments count.
Think resignations of CEOs.
Think resignations of Senators.
Think resignations of Congress.
Think termination of sr FBI…
Think termination of sr DOJ…
WATERGATEX1000
Attacks will only intensify.
Logical thinking.
Ask yourself a simple question – WHY????
Q”

From an objective perspective, given the unprecedented number of Congress and Senate seats suddenly vacated by members of both parties, combined with the abrupt resignations of hundreds of prominent corporate CEO’s, combined with the uncovering of what may prove to be historic corruption at the highest levels of the US Government, all occurring contemporaneously, is QAnon’s central theme truly farfetched?

For savvy media consumers, who have chosen to question the motives and veracity of the major media giants, the logical question is — why?  Why would a supposed conspiracy theory promulgated by an anonymous party on 8chan suddenly become such a high priority for such notable news agencies all at the same time?  This line of logic inevitably leads to the next question — which one of these two diametrically opposed narratives to believe?  In the words of QAnon, “The choice to know will ultimately be yours.”