as we shift – it is done

as we shift – it is done 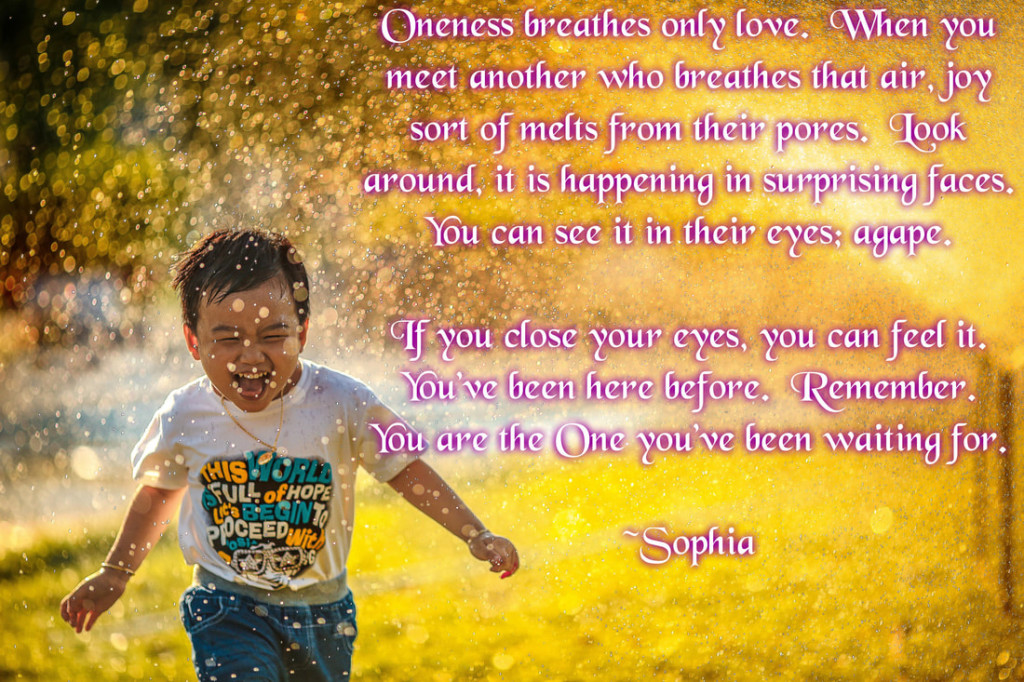 Hey everyone. There is so much to say! It’s been a week and the landscape has changed a great deal. First, let me share the meditation experience last Friday, during the hearing in Washington, DC. About 15 minutes into it I received a clear message, “It is Done.”

I was floored, as this has never happened. I actually “HEARD” it, that is how it felt.  Later in the day, I mentioned my experience to a light warrior and he said “The same thing happened to me!  I couldn’t meditate after that, it was clear nothing else was necessary!” I took that to be validation.

The results of the court proceedings seemed a bit vague and undecided.  Heather however, was not.  She was powerfully confidant and joyous and certain. The energy of unity was absolute and growing.

On Tuesday, it was 8-8, the Lion’s Gate Portal. It was an energetically intense time and since then I’ve received two messages regarding what is going on for us.  This first is a short one, given as an answer to my question on Tuesday. The second is much longer, and took place this morning.

A message from One.

There have been numerous attempts to remove the iron fisted control of the earth’s wealth – not true wealth, but attributed wealth, which is allocated to each being for their lifetime.

Until now these attempts have been isolated and individual.  This time, things are seen as a unified voice that for the most part lacks harm – it leans towards liberty only – for Heather, her friend (I took this to mean Randall) and in turn every human.

This becomes the single voice emanating from mankind and at its core then is unity.  Everyone’s included.

Because this voice is not forced, but rather emerges, the volume accelerates, amplifies and spreads beyond the earth.  It reaches into and alters creation on a fundamental score.

You will see quickly evidence of this single unified voice in every place you are. For unity does not leave any part out or happen in secret or in isolation. The happiness of mankind becomes not only the surface song, but every component.

What has always been true is that this freedom is a collective effort. That effort has begun and there is only one way it ends. Freedom and prosperity go hand in hand. This is the end result – seen now to be imminent.

“Is there someone who wants to connect?”

There are things to say.  Much is occurring. The process will be immediate for some – not so for others.  What occurs now is a real splitting.  Those of you in specific timelines, chosen already and proceeding, will stick out as anomalies to those of you who haven’t made those choices clearly.  Remember, all is choice.  You move forward now on an accelerated rate towards your chosen destination.

“Hold on please, who is speaking?”

I am sorry for neglecting an introduction. The information is so deeply desired, it is being allowed in on a faster than typically received rate. (This was a reference to my own allowing, I could barely keep up the moment I put pen to paper – Sophia)

Each of you has decided already how this proceeds for you – the intuitive hits you get while engaging in any part of your day now, tell you what feels “correct”. There is no right or wrong, this is truth. Yet appropriate action for each individual soul differs according to that individual’s personal plan.

Realize (that) there are short cuts and scenic routes that get you to the same place.

What this looks like for the human right now is that there are some of you holding back and watching, while others of you run fast to get there first, while still others perceive their role clearly and declare with their actions what the finish line is. All are necessary and correct.

What this looks like is not an instant receipt of a “get out of jail free” card, and access to all the cash in the middle of the board.

This is a game, not unlike Monopoly. It is no accident that so many of you hate the game because of how long it takes.

This cash in the middle is there. The real winner is the moment of realization, for all the players, that the value is not in that cash.  Nor in the holder of that cash. The value is in every player.

So, this game is still being played.  As some of you concern yourselves with debt freedom, others of you focus on other aspects of this slavery.  These manifest in the judicial system, education and healthcare systems, to illustrate a point.

The question on your reader’s minds is will they have access to unlimited value in this moment now?

There is more than one way to respond. In truth, each being has always held that access within. In third density however, that value has a representation point in cold, hard cash. This is the access desired now.

The answer is yes. Realize that each step toward gaining freedom carries with it YOUR OWN AUTHORITY. The more authenticity is present in your actions, the more actual effect they will have.  What this means is – you are not able to play at this now and hope it will work.  You’ll have to realize your value, and infuse clarity into each effort.

Know that today these efforts are pointed at a system unprepared, and glitches will occur. Glitches do not indicate no value or access, but a bump in the road.

Eventually, those of you reading this and aware will have smoothed the road, perfected the process and announced your success to everyone else.

It is at that point, (and it is not far off that “unfettered access” becomes real), that you move your eyes to actual value and real freedom.  These realizations are the hallmarks of a fully conscious, sovereign being.

It is hoped these words clarify the scope of what is occurring for humanity today.

“Thank you. I expect them to help.”

You are welcome Sophia.  Goodbye.

“You are a perfect you.  There is no other.  None have come before you and none will follow.  The way you look at and contribute to every moment is necessary and unique.  We would not, could not, be “us” if not for you.

We are the ones we’ve been waiting for ~ let’s do this.

PS Support this work with a newsletter and/or book purchase, here! Much gratitude for your reviews on Amazon.
Usage Policy:
Please post this article, in its entirety, everywhere!  Just link back here when you do. Much obliged. ​
Please enjoy one of the videos of our Sovereignty Series: