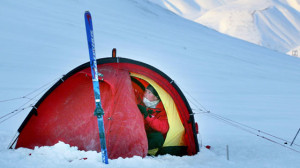 In the wake of my blogs about the strange goings on in Antarctica lately, several people shared more information about the southern polar continent’s list of visitors, and a very strange list it is indeed. And I thought I’d pass along their findings to the readership here, along with a few remarks and high octane speculations of my own. For example, Mr. D.A. sent along the following list; among the list of visitors to Antarctica, we may now add the fact that former President Bill Clinton visited the Christ Church, New Zealand “Deep Freeze” Base in that city:

Notably, according to this short article, President Clinton spoke via telephone to the American McMurdo base in Antarctica.

Prince Harry and the Royal Family in the South Pole

According to this article, the visit was a “charity function” for wounded soldiers:

In November 2013, Prince Harry joined one of three teams of wounded servicemen and women to trek to the geographic South Pole for Walking With the Wounded South Pole Allied Challenge.

The three seven-man teams from the UK, Commonwealth and USA departed London for Cape Town on Sunday 17th November to acclimatise at Novolazarevskaya Station, Antarctica.

The expedition to the South Pole began from 87Â° south on 30th November, with the teams reaching the geographic South Pole on 13th December.

The teams of service personnel, all of whom have physical or cognitive injuries, represented and raised funds for military charities from the constituent nations: Soldier On (Canada); Soldier On (Australia); Soldiers to Summits (United States); and Walking With The Wounded (United Kingdom).

Due to the hostile conditions and the nature of the injuries involved, the expedition teams were followed by a support team, who were on hand in case of emergencies.

Trekking around 15km to 20km per day, the teams endured temperatures as low as -45Â°C and 50mph winds as they pull their pulks (custom built arctic sledges), each weighing in excess of 70kg, towards the southernmost point on the globe.

As with previous Walking With The Wounded expeditions, the South Pole Allied Challenge aims to highlight the extraordinary courage and determination of the men and women who have been wounded while serving their countries and to draw attention to the need to help in their career transition.

Stop and ponder that one for a moment: a trip to Antarctica to “highlight the extraordinary courage and determination of the men and women who have been wounded while serving their countries and to draw attention to the need to help in their career transition.” Uh huh… I know that that event certainly stuck in my mind and made me think immediately of how hard career transitions are for wounded soldiers. Frankly, a parade down main street would have been more effective, and therefore I question the story, not that the expedition didn’t happen, but rather, I question the explanation of why it happened.

Oh, and before he left with his entourage, Prince Harry of course spent a little time at the Palace meeting with his grandmother, Queen Elizabeth II at a reception:

Before they set off, The Walking With The Wounded teams and Prince Harry met The Queen and The Duke of Edinburgh at a reception at Buckingham Palace as they made their final preparations for the 200 mile expedition.

Now, if you’re like me, you will suspect that there was probably a bit more going on here than just a “reception” with grandmum and granddad.

And then finally, we have King Juan Carlos and his Queen making a little trek through the Straits of Magellan on a Chilean navy vessel, before the King “fulfilled an ambition” by visiting Antarctica in 2004:

Now, if you’re keeping royal Antarctica score cards here, that marks the British Royal House, and the Spanish Royal House, as visitors to the continent, and (just for kicks) let’s recall that the House of Windsor, or better put, the House of Saxe-Coburg und Gotha has its own multifaceted connections to the old houses of Hannover, Welf-Este, and of course, the house of Hohenzollern for all you Kaiser Wilhelm II fans.  And if we really want to poke around in the family archives a bit, we’d have to include at least historic connections with the House of Orange as well. And the Spanish royal house, similarly, has its own multifaceted historical and biological connections to the Bourbon-Poissons in France, and to the Hapsburgs. One has to wonder, therefore, what the Antarctica gossip was around the royal dinner tables in London and Madrid and in Germany, France, and Austria.

All we’re missing here is a visit by the Romanovs, but given all the other high strangeness, perhaps we can figure that Patriarch Kiril’s visit might have been that of a “representative.”

So adding it all up, we have the following increasingly strange and bizarre list of people that have either visited, or have been connected to, Antarctica:

3) Admiral Richard Byrd, visitor, leader of Operation High Jump, 1947, who makes strange remarks for El Mercurio of Santiago de Chile about the USA preparing to defend against “enemy fighters that can fly from pole to pole with tremendous speed”;

5) US Secretary of State John Kerry, visitor, to learn about “climate change” (so we’re told);

6) Buzz Aldrin, Apollo 11 Moon astronaut, visitor, who tweets about getting ready to “go to the launchpad”, who then has to be evacuated and quarantined;

And as if all this were not enough, Buzz Aldrin allegedly tweeted “We are all in danger. It is evil itself,” (Astronaut Buzz Aldrin Tweets “We are all in Danger. It is evil itself”) apparently in reference to the alleged pyramid-mountain found on the continent. I cannot help but to indulge in a little tangential high octane speculation here, since having proposed the most outlandish pyramid theory of them all, namely, that the Great Pyramid may have been built as a weapon of some sort.  So if that really is a pyramid down there, and if Aldrin really tweeted that, then one might perhaps be looking at either another such case, or at the original. But, as I said before, I have my doubts about this Antarctic pyramid story.

See what do we have when one adds up this list? Very clearly, to draw this many people of high position – kings, a prince, a head diplomat, a couple of highly placed Nazis, an admiral, an astronaut and an Orthodox Patriarch – to the continent, something is clearly going on (not the least of which is that “word is getting around in high places”), something requiring the scrutiny, or at least, the presence, of such people. What might it be? Again, I suspect that someone, or something, or perhaps both, has been found. Aldrin’s alleged statement about “evil” places Kiril’s prior trip to the continent in an interesting perspective, for of course there were all those stories on the internet that the Saudis(!) had “found something” at the Grand Mosque of Mecca(!) and wanted the Russians(!) to take it to Antarctica and “get rid of it”, which Kiril promptly did after performing “ancient rituals” over it. Of course, I don’t buy that story for a moment. But Aldrin’s comment – if true – does place Kiril’s presence there into a suggestive context, one suggesting that perhaps there was some kernel of truth the in the wild Saudi-Grand Mosque-Russia story. If indeed there was some “unspeakable” evil there, than that would go a long way to explain why Herren Hess und Goering had an interest, though it would not explain how they learned of it; did they know something prior to the Nazi expedition? And if so, how? Or did they learn of it afterwards? Did their aircraft, as they were flying over the continent and making photographic surveys, snap a photo of the “pyramid” and work Hess, Himmler, and Goering into a lather?

While we’re indulging in all these high octane speculative questions, let’s throw all caution to the winds, and recall that first X Files movie, which had Agent Mulder trekking to Antarctica, with the Cigarette Smoking Man hot on his trail behind him, to rescue agent Scully. Lo and behold a massive UFO-flying saucer hidden beneath the ice suddenly activates (for reasons we’re not really sure of) and flies off. Apparently, in this one instance, the “truth” was not “out there”, but rather, “down there” for Agents Scully and Mulder. Silliness for a certainty. But as I pointed out in the very last section of my book Nazi International, amateur German seismologists were picking up extraordinarily large long waves literally crawling all over their seismographs of the continent, almost as if something or someone was using the planet itself to broadcast…something. And of course, I theorized in my speculations about the Great Pyramid that it utilizes precisely such longitudinal wave forms.

So what’s my bottom line speculation here? It has not changed since I first posted about Secretary Kerry’s visit, and about Aldrin’s: something or someone – and my bet is on something – has been found down there, something probably very old, something perhaps very sophisticated, and something perhaps indicating a someone else, whether from here or just perhaps from elsewhere.