Antarctica – Imminent Disclosure, The Cabal Are Out Of Time – 2017

Antarctica – Imminent Disclosure, The Cabal Are Out Of Time – 2017 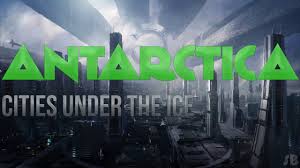 David Wilcock discusses recent discoveries indicating Antarctica may actually have been Atlantis. Wilcock says he is in contact with “at least two insiders who directly advise Presidents of the United States” who have been steadily feeding him “Cosmic Top Secret” information for many years. He claimed that this information is not revealed to Presidents because they could slip up or be forced to tell the public what they know. He believes that there is a global power struggle going on that has reached a critical stage and made many elites start to scramble for safety.

Wilcock observed that the last few months of 2016 saw many stories about interest in and trips to Antarctica by individuals such as Buzz Aldrin and John Kerry. He says that there are military bases under the ice in caves that were constructed by the Nazis in 1939 and where they also discovered the ruins of an advanced civilization. He has been told that there are also three “motherships” from an alien civilization which crash landed 55,000 years ago that are now being excavated out of the ice. Wilcock believes these facts will be revealed to the world soon, and that he and others will be used to get the population acclimatized to the presence of aliens that have interbred with the human race and now comprise the bloodlines of the elites who subjugate the rest of the population.

In the third hour, caller Chris asked Wilcock about a “black Jesus” that was described in one of his books. Wilcock said that in the 1970s, a man appeared in Africa who was performing miracles and gaining a following which was ended when he was ambushed, killed, and dismembered, but that he later appeared to his tormentors and said that “more like him” would appear in the future. Thomas in California asked how to directly contact benevolent ETs. Wilcock replied that a combination of dream work, meditation, and an awareness of synchronicities is needed and that he would describe the process more thoroughly in his next book…