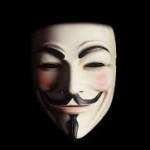 By Kerry Cassidy, published on Project Camelot, on November 27, 2014

SENT TO ME BY A SOURCE AND REPOSTED HERE:

If you had any doubts about the dead banker meme, take a look at this list and how these people died. Simply stunning . . . . .

Though this list is not sourced to anything other than Anonymous, (and therefore could be a spoof) it looks convincing and could be easily cross checked. I have not done that because in this case “easy” would take several hours to cross confirm out with a list this big and there is something big going on today that is eating my time. There is a thread about this on the Forum and perhaps someone there has the time to dig this list.

8. May – Daniel Leaf – senior manager at the Bank of Scotland/Saracen Fund Managers, FELL OFF A CLIFF

52. Nick Bagnall – Director at Bank of Tokyo-Mitsubishi, son accidentally killed himself while trying to re-enact a Tudor hanging

56. Chris Latham – Bank of America, ON TRIAL, Murder for Hire

58. Hector Sants, Barclays – resigned due to stress and exhaustion, after being told he risked more serious consequences to his health if he continued to work – a remarkable turnaround as the Church reportedly approached him two months later and was told he had made a full recovery,

62. Keiran Toman, 39, former banker who believed he was being stalked by a reality TV crew starved to death in a hotel room, an inquest heard today.

63. An inquest was opened after his death in July 2010 but his family asked for a second hearing as they were not informed. Police found all of Mr Tomanâ€™s possessions in the room, but despite documents mentioning his family, failed to tell them he had died.

64. Nicholas Austin, 49, A former bank manager from Hersden died after drinking antifreeze in an effort to “get high”. was found in a coma by his wife Lynn at their home in Blackthorne Road on October 5. He died the same day.

I took special note of the last one – he died drinking antifreeze in an attempt to “get high”! Funny one that is, as if a banker would be stupid enough to try that. The list is shocking, I never saw so many suicides and car accidents. No gall bladder stones, cancer deaths, strokes, or simply falling ill, it is just a littany of action. That pretty much says it all.” UNQUOTE