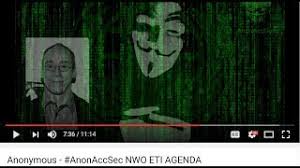 Citizens of the world we are anonymous.
From our inception, Anonymous has sought to unveil truths hidden behind locked doors, passcode and key, ones and zeros. A world uninformed of the truth is a world without free will. How can anyone make an informed decision when the information in public domain has been altered or contrived?

During the recent U S election. Citizens of the world were given a closer look at the hands and influences pulling the strings of global politics and the criminal cartels that manipulate them. It is evident that the political systems of the world do not serve the interests of the public or represent the will of the people. Through the leaks released from the HRC server, along with the Podesta email hacks, world citizens were shown a glimpse of something that until recently has not been widely understood. Exopolitics.