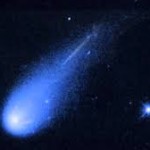 11.28.13.  For those number of you who have written to me asking – the answer is: Yes. The biosphere – Xanterexx [called by the news media: “comet Ison”] is in fact the “Blue Star Kachina”.  It signifies the coming of major changes to this planet, the harbinger of change & ‘open first contact ‘ I spoke of in my September 7th video on this topic.  It marks the ending of the “4th world” & the beginning events of the “5th world”…  as a new, about to be birthed, mid-level, 4D, higher dimensional planet Earth.

This confirmation was provided to me in the past two (2) days by my contacts on the Andromeda Council who are originally from the planet Dakote, origin planet of a great many indigenous Native Americans, including the Hopi, of the star system Taygeta, constellation Pleiades.  The Hopi consider themselves to be direct descendants of people from the Pleiades.

This report is based on recent information, secured by me within the past few days, regarding specific additional details provided by my contacts, executive management
board members of the Andromeda Council, including Tania the Vice-Chairwoman of the Council, and the commander of the primary Andromeda Council biosphere regarding –
what the media is calling: “Comet Ison”.

My contacts on the Andromeda Council call this celestial object – the biosphere: “Xanterexx”. And it is headed toward Earth space.