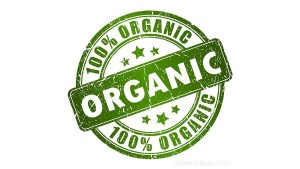 (Natural News) When Erica Welton and Dennis Hoover founded the first certified organic fast food restaurant in the country, they were so intent on taking the fast food industry by storm that they decided to name it The Organic Coup. The takeover is now in full swing as their two locations grew into nine in just a year, with plenty more on the horizon. As they prepare to open their first location at an NFL stadium and their first tech cafeteria, they have their sights set next on Disneyland, Las Vegas, and eventually the whole world. How’s that for a coup?

The concept certainly has all the hallmarks of a true disruptor. The pair of former Costco execs are responsible for transforming Costco into the biggest organic retailer in the nation and are more than capable of steering the new fast food concept to similar heights. People have been growing increasingly unhappy with the current rulers of the fast food world, McDonald’s, who are known for their unhealthy and toxic menu items and have seen declining revenues in recent years. While chains like Panera and Chipotle have made some overtures to organic-minded consumers, none have made a full commitment until now.

The Organic Coup proudly boasts that its food does not contain any GMOs, antibiotics, toxic chemicals, pesticides, added hormones, or artificial flavors or preservatives, and customers have responded very positively to their offerings. The chicken is sourced locally from Mary’s, which is known for free range organic chicken that is air chilled; most domestic sources chill their chicken in chlorinated water. It’s also worth noting that air-chilled facilities save as much as 30,000 gallons of water each day.

Even as customers are increasingly buying organic food in stores, the number of restaurants catering to this growing segment is shockingly low. In fact, last year, there were fewer than a dozen restaurants in the nation that had earned USDA organic certification, the majority of which are in California. In order to be certified, a restaurant must show that every product it uses – not just the food but everything all the way down to the cleaning and pest control solutions – is certified organic by the USDA.

The Organic Coup started out with a fast food mainstay: The fried chicken sandwich. However, their version is cooked in organic coconut oil and then topped with organic vegetables. It’s available as a sandwich on an organic bun, and it also comes in bowl and wrap form. It can be further customized courtesy of an array of sauces, including ranch, mustard vinaigrette, sesame ginger, and spicy barbecue ranch.

Other menu options include vegetarian wraps and vegan acai bowls, breakfast burritos and organic popcorn drizzled with a chocolate and caramel topping.

When you compare the Coup Signature Sandwich to Chick-Fil-A’s Spicy Chicken Sandwich, for example, the advantages are clear. The Coup Signature is made with whole chicken breast, whole wheat flour, and seasonings, all of which are certified organic. Chick-Fil-A’s sandwich, in addition to not being organic, contains dangerous ingredients like monosodium glutamate and potassium sorbate.

Another way in which the Organic Coup is pleasing the masses is by paying its workers a livable, realistic wage. At their San Francisco location, employees earn $16 per hour, while workers at other locations take home $14 an hour, which exceeds the minimum wage. In addition, they prioritize promoting workers from within over hiring outsiders to come into upper-level positions.

Welton told the press: “You know, I think it’s very difficult to cheat Mother Nature, and in the end, there is always a price to pay. To disrupt such an old mentality on the way food was being brought to people just seemed like a lot of fun.”