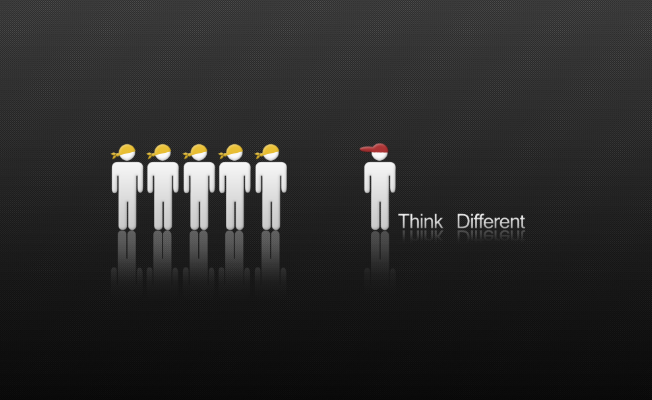 An Anonymous source has layed out a theorized version of American History along with a few predictions that I find very interesting.

I believe it’s closer to the truth than anything you’ll ever read from anywhere else and it was important to preserve for others to analyze.

Back in the 1760’s, the Rothschild (R) banking dynasty was formed and became an international powerhouse and the Rothschild’s became the wealthiest family on earth. Competition: UK royal family (UK) & Roman Catholic Church/Mafia (RCC).

The three dynasties joined forces for mutual preservation and to eventually create and protect Israel. They used their influence to bribe politicians around the world and to install leaders who would do their bidding.

They used a “carrot” and a “stick” to keep their Cabal together. The carrot was money and (supervised) power and the stick was the documentation of the rituals of membership in the Cabal, which included sex, drugs, pedophilia and cannibalism. Once indoctrinated, a member could not leave (like a biker gang today). Members were told they were “special” and would enjoy a long and healthy life by participating in the rituals and they would receive “knowledge” that would make them successful.

They did not openly discuss the Cabal (like Fight Club), but used jewelry and other symbols to indicate their membership in the Cabal. Once a member recognized another member, there was an implicit understanding of cooperation, lest they be outed and imprisoned with the stick.

Spying was a key part of their operation. They passed information and ensured that a proper and planned succession was in place in every country.

Occasionally, something would upset the balance. Hitler’s rise was the result of a too restrictive WWI treaty and 2% of the German population (Jews) owning 90% of the wealth in the middle of the Depression. The Germans joined forces with the Muslim world to purge the Jews. The Cabal had pushed too far, but, the Cabal eventually won out. Communism was an experiment in Russia/USSR since 1917 and they supported it with money and arms, but feared it could end their wealth unless they cut the USSR leaders in on some of the action.

Post-WWII, Middle Eastern oil was exploited (ARAMCO, etc.) and the House of Saud (KSA) became extremely wealthy and demanded participation in the Cabal.

The KSA never joined the Cabal as a full member and, with Kuwait, the UAE and others, formed OPEC to regulate the price of oil and demonstrated their power by causing a global recession in the mid-70’s.

The Cabal worked with the Rockefellers, the Bushes, and the Vanderbilt’s, etc. in the USA. Swiss bank accounts were filled with bribes for our politicians. Politicians waited for “their turn”. The Cabal is intertwined with the CIA. The High-tech part of our intelligence community (NSA, NRO, NGA, Military Intelligence, etc.) is not loyal to the Cabal or the KSA or the RCC.

George Soros is a member and very senior in the Cabal and is a well-known currency manipulator. His son is a major player in blockchain crypto-currency (Bitcoin)

One of the many lesser organized crime syndicates in the world, the Dixie Mafia, recruited and financed the education of a bright and likable kid named Bill Clinton in Arkansas. They got him elected as State Attorney General when he was 29 years old. He did whatever they asked. The white-shoe Little Rock Rose Law Firm hired his annoying Yankee wife to channel cash to the family, in real estate deals and lopsided cattle future trades. He was bought and sold. Mena Airport = GHWB and GWB. Reagan was played.

The Cabal, KSA, and the Dixie Mafia (et. al.) will kill, sink a ship, or start a war to keep the global succession plan in place.

Bill Clinton (& his co-POTUS to be) won the 1992 election with 46% of the vote due to Ross Perot draining votes from GHWB. This was a shock to the Cabal.

Once in the White House, Hillary was overwhelmed with power. She and Bill graduated from the Dixie mafia to the Cabal. Vince Foster and others knew too much about their past.

The Republican revolution (Gingrich) in 1994 was a rebuke to HRC overstepping her (non) mandate with HillaryCare. This was an embarrassment to the Cabal. So was redneck Bill’s impeachment.

HRC negotiated to stay with Bill if she was gifted with the NY junior Senate seat. She was elected for the first time in her life. She wrote books and was showered with money. But, she found out that she had access to amazing state secrets and the Cabal, KSA and RCC would pay big bucks to know what the Five Eyes Intelligence Community knew about their country and their internal politics.

The Clinton Foundation (CF), originally a vehicle to fund the Clinton POTUS library, kicked into high gear after Clinton left the White House in 2000 and Hillary and Bill increased their “ask” to the Cabal. In exchange for large speaking fees to Bill Clinton, Hillary and Bill sold Five Eyes and USA IC state secrets to individuals and countries in the Cabal. This information led to wars, distorted elections, elimination of political enemies, etc.

In parallel to the rise of the Clintons, but 16 (14?) years their junior, the KSA was grooming Barack Obama to “transfer” to Columbia University (nearly unheard of) and then go to Harvard Law School.

Barack Hussein Obama (BHO) is not his real name (it is unknown), but he was born outside the USA and is not related to the Dunham family by blood. He is not a Natural Born Citizen nor is a citizen of the USA – even today.

The Dunham’s were linked to the IC in Hawaii and took in BHO and created the story that he was the son of their 17 year old daughter and BHO Senior, a Kenyan. BHO is not related to BHO Senior by blood.

BHO worked for a front company to the CIA doing research.

BHO was routed to Chicago via communist paper editor, Frank Marshall and was embedded in the community as an “organizer”.

BHO is a homosexual and was “fixed up with” Michelle in an arranged marriage.

BHO was sponsored by the Muslim Brotherhood (MB) and KSA to run for an Illinois state Senate seat. His gift of reading a pre-prepared speech made him stand out and he was thrust on the national stage.

He decided to run for POTUS against HRC at the urging of the MB and KSA. This was in direct conflict with the Cabal’s desire to back HRC. A real primary was waged.

Sid Blumenthal, then Bill Clinton, first revealed that BHO was not qualified to run for POTUS.

BHO won the 2008 primary, much to the shame of the Cabal.

HRC, Nancy Pelosi and countless others supported BHO’s candidacy, even though they knew he was not a USA citizen.

People who questioned BHO’s status as a Natural Born Citizen were mocked and called racists.

BHO won the election over a weak team of McCain and Palin.

The Cabal, and the Deep State, negotiated with BHO to allow HRC to become Secretary of State.

If BHO had named HRC as VP, he would have been killed so she would become POTUS.

The FBI and the IC (poorly) faked a birth certificate and temporarily left a tampered file on the White House server, which was captured by the “birthers”, but immediately replaced with a flattened PDF file.

HRC began to sell more state secrets and funneled cash through the CF and Bill’s speeches.

HRC discovered that working with the Cabal and KSA was very profitable.

HRC also worked with Russia and was paid by Russian billionaires.

She would take cash from anyone in exchange for state secrets.

When she left the SoS position, she sold more secrets in exchange for cash to fund her POTUS run. The Cabal and KSA were backing her.

Bernie was a distraction, but caused HRC to cheat and set up false voting station during the 2016 primary.

BHO was taking money for selling state secrets and policy favors. He needed her to win to cover his tracks.

Donald Trump was asked to run for POTUS by the non-CIA IC and Military Intelligence.

BHO used the office of the Presidency and his staff to spy on Donald Trump. They secretly thought he was the weakest candidate due to his playboy reputation.

Factions in the FBI and CIA worked against Trump, fearing that their complicity with BHO and HRC would come out.

HRC was sick (neurological) and ran a poor campaign.

Trump, against the Cabal and the KSA/MB, won the election. HRC went into shock, as did the Cabal and the KSA. The Cabal and KSA concocted the Russia story and Mueller was appointed Special Counsel (SC). The SC office was populated with HRC loyalists to taint the investigation, if need be. Mueller and AG Sessions are working with Trump. Some speculate that Mueller has flipped due to prior transgressions during the early BHO term (Uranium One).

Trump sent Jared Kushner to KSA to appeal to the younger Prince in a bid to co-op the KSA. It worked. The old guard of the KSA that was funding HRC was arrested and their wealth confiscated. The new King-in-Waiting is loyal to Trump for informing him of the plots to kill him, including Las Vegas.

Trump, working with the non-CIA IC and the AG, prepares sex crime charges against many liberal bastions, including many House and Senate members who resign in a flurry.

The STORM is upon us. HRC has been arrested and is wearing an ankle monitor as is John McCain. McCain will die by 12/31 of brain cancer. The Podesta’s will be arrested soon.

Bill Clinton has testified against the Cabal, KSA and HRC in exchange for a pardon by Trump.

BHO will confess to not being eligible to run for POTUS and committing fraud. Trump will pardon him. There will be riots in urban areas until Marshal Law is declared and the military takes over many cities.

The question of the legal binding of BHO’s signature goes to the SCOTUS. The SCOTUS holds that all laws passed by Congress and signed by BHO are still valid. However, all Executive Orders (EO) are invalidated. Trump agrees to affirm some of the EO’s. Everything else is invalidated. BHO chooses to move to Indonesia to live out his life. Michelle divorces him and moves to France.

The Republicans hold the House and gain seats in the Senate in the 2018 election.