ALL is frequency and the separation of worlds begins NOW 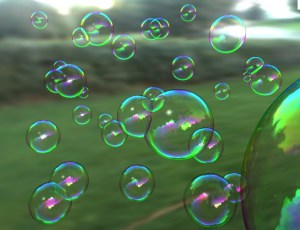 ALL is frequency and the separation of worlds begins NOW

It has long been stated that the New Earth reality is a SEPARATE reality from that of the old 3d earth created reality and as many of you are now experiencing this will now manifest at a human waking conscious outer reality.  The ability that many of you have to interact with the old 3d earth created reality on any level will now fully dissolve, this will see you “float” in the void until you can establish a RESONANCE with the higher dimensional reality that you dream into your outer waking reality.

This is what I have termed the “overlap”, the energetic space where the old 3d earth created reality is visible underneath the transparent New Earth reality.  It is whilst in this space that it is vital to place ALL of your energy into the New Earth so that you can begin to solidify the New Earth reality whilst ALLOWING the old 3d earth created reality to fully dissolve beneath you as it were.

The movement into the New Earth reality is PERSONAL and UNIQUE and is not ONE solid path, by this I mean there is not just one reality that is available to experience. This is in direct contrast to the old 3d earth created reality where the bondage of the karmic dimensional timelines saw you live a very constricted and suppressed reality that allowed for ZERO expansion at any level of your BEing.

This allowed you at a very human conscious waking mind level to allow your human logical mind to anchor contexts such as “fate”, “books of life” etc. These are CREATED reality concepts and are not TRUTH therefore there are not supported in the New Earth reality.

For those of you who experienced the overlay of the BEYOND THE LOOKING GLASS RADIO SHOW on wednesday 12th March this is an example of the different realities that exist. For those who could reach the show then the reality that you currently exist within overlaps the reality in which the RADIO SHOW and those who also took part exist within. For those who had difficulty and could not reach the show this is an example of trying to reach beyond a frequency that you exist within at this moment.

FOR ALL IS A FREQUENCY.  Those who are now allowing the expansion of the UNIVERSE OF 3 New Earth energetic frequencies to flow through them will now find that these overlays begin to appear in all “sections” of their human life experience.

The “separation” of the worlds now begins in TRUTH, the birth of the New Earth reality that YOU have CREATED will now begin to manifest in your outer waking reality and this will now commence rapidly, such is the expansion that is now occurring in the UNIVERSE OF 3.

I would guide you at this time to walk in FAITH and TRUST of YOUr SOUL, that which you are experiencing is a reflection of the frequency that you are CURRENTLY running deep within your human vehicle. Attempting to change your outer waking reality will LOWER your frequency and see you begin to move back into the chaos that is the old 3d earth created reality but as this is now dissolving you will not fully walk in this reality either.

Imagine if you will blowing a bubble and having other bubbles begin to form around and through the bubble you have just created.  This is an analogy of what is ENERGETICALLY being created by these New Earth higher dimensional expansive energies.