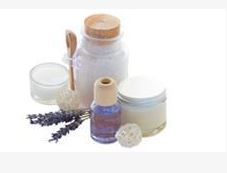 About 5 million U.S. adults and 1 million U.S. children use homeopathy every year, and the remedies are known to be “generally safe and unlikely to cause severe adverse reactions,” according to the U.S. National Institutes of Health’s National Center for Complementary and Integrative Health.1 Yet, if the U.S. Food and Drug Administration (FDA) continues on its latest crusade, this natural health modality may soon be much harder to come by.

In a draft guidance document released in December 2017, the FDA takes aim at homeopathic remedies, or as they put it, “drug products labeled as homeopathic.”2,3 In a reversal of a long-standing decision to treat homeopathic remedies differently from other drugs, the FDA has now labeled virtually all of these products as “new drugs” that are “subject to FDA enforcement action at any time.”

While deaths from drugs like opioids are now a public health crisis, homeopathy has maintained a much lower, and presumably safer, profile. Yet, the FDA is using its limited resources to target the latter, citing a need to “protect consumers who choose to use homeopathic products.” Why now? The FDA also cited a “large uptick in products labeled as homeopathic that are being marketed for a wide array of diseases and conditions,” to the extent that homeopathic products are now a close to $3 billion industry.4

Perhaps that’s $3 billion too much for Big Pharma, FDA’s cozy partner in crime. “[I]n one fell swoop, the FDA has declared that virtually every single homeopathic drug on the market is being sold illegally,” the Alliance for Natural Health USA (ANH USA) wrote5 — and it’s not an exaggeration. In essence, the FDA’s guidance reads:6

The FDA then states that it’s proposing a “new, risk-based enforcement approach” and first plans to target the “unapproved drug products labeled as homeopathic that have the greatest potential to cause risk to patients.” This includes:7

The draft guidance is a complete turnaround from the FDA’s prior stance on homeopathic remedies, which stated, under the 1988 Compliance Policy Guide (CPG) 400.400, Conditions Under Which Homeopathic Drugs May be Marketed, they did not need to get FDA approval prior to coming on the market. Instead, the ingredients in homeopathic remedies were to be verified by the Homeopathic Pharmacopoeia of the United States (HPUS). As noted by law firm Venable:8

“Essentially, the HPUS creates a monograph for homeopathic drugs to follow, not dissimilar to the OTC drug monographs that FDA has developed for allopathic drugs. Accordingly, by virtue of an ingredient’s inclusion in the HPUS, the ingredient has already been closely examined and determined to be safe and effective by the HPCUS [Homeopathic Pharmacopoeia Convention of the United States].

Further, it was by the FDA’s own deliberate decision that homeopathic drugs were excluded from former drug approval processes and intended to be a separate category. Venable continued:9

“The FDA deliberately excluded homeopathic drugs from both the Drug Efficacy Study Implementation (DESI) review (the process by which all drugs approved between 1938 and 1962 were retrospectively evaluated by the FDA for effectiveness) and the OTC Drug Review in 1972 (the process used to develop OTC drug monographs for allopathic drugs), deciding instead in the latter case to regulate homeopathic products separately because of their uniqueness.

By withdrawing the CPG and classifying all homeopathic drugs as unapproved drugs subject to FDA drug approval, the FDA is now requiring higher regulatory thresholds for OTC homeopathic drugs than are applicable to allopathic OTC drugs, many of which are permitted to be sold pursuant to the FDA monograph system. This move in effect penalizes an entire industry for the Agency’s 1972 decision.”

The FDA isn’t the first government agency to target this centuries’ old natural medicine system. In a notice filed in November 2016, the FTC stated that in order for homeopathic remedies to claim they are effective, their makers must provide proof. If no proof is provided, the remedies must state there is “no scientific evidence that the product works.”

In order to not mislead consumers, the FTC further stated that homeopathic remedies lacking sufficient proof must communicate to consumers that “the product’s claims are based only on theories of homeopathy from the 1700s that are not accepted by most modern medical experts.”10 Dana Ullman, MPH, CCH, one of the leading advocates for homeopathy in the U.S., said at the time:11

“Considering the longtime safety history of homeopathic medicines, it is surprising and even shocking that the FTC would consider proposing new regulations now.

One cannot help but wonder who or what is pulling their strings … policies … commonly result from powerful economic forces at play … it is clear that this governmental agency is ignoring important scientific evidence, and one must wonder if they are protecting Big Pharma from competition more than protecting the consumer.”

Based on the theory that “like cures like,” or the Law of Similars, homeopathy was founded by German physician Dr. Samuel Hahnemann. The idea is that health conditions can be healed by treating a person with minute doses of a substance that would produce similar symptoms to their health condition if given in larger doses.

Homeopathy’s other guiding principle is that of the minimum dose, which is based on the premise that the more a substance is diluted, the more potent homeopathic remedy it becomes, known as the “law of infinitesimals.” Homeopathic remedies may be made from plants, minerals or other substances and are commonly administered in pellet form, dissolved under the tongue. A number of intriguing studies suggest homeopathy is effective and safe for a variety of ailments, including flu. According to Ullman:

“The use of a homeopathic medicine called Oscillococcinum is an example of a remedy that can be effective for many people with the flu, though clinical experience suggests that it is most effective when used within 48 hours of getting flu symptoms. Although most homeopathic medicines are made from the plant or mineral kingdom, Oscillococcinum is unusual in that it is made from the heart and liver of a duck.”

In one study, nearly twice as many patients who were given Oscillococcinum recovered from the flu within 48 hours as those given a placebo.12 Further, Ullman noted:

“A different group of researchers conducted a randomized, double-blind study involving 372 patients (188 treated with Oscillococcinum and 187 with placebo) of both sexes, ranging in age from 12 to 60, who presented rectal temperature ≥ 100.4 F, muscle pains, headache, or at least one of the following symptoms: shivering, chest pain, spine pain, coughing, irritation of nasal mucosa or feeling of malaise.13

Patients received three tubes of Oscillococcinum or placebo each day (morning, noon and night) for three days. The results of this trial show a highly statistically significant difference between the two groups, for what concerns disappearance of symptoms after 48 hours (19.2 percent in the Oscillococcinum group versus 17.1 percent in the placebo group) and improvement in symptoms (43.7 percent versus 38.6 percent for placebo).”

The FDA’s new push to regulate homeopathic products is eerily reminiscent of their recent crackdown on the plant kratom. Leaves from the kratom tree have been used for pain relief for hundreds of years, but scientists now know they contain compounds that target the brain similarly to opioids, helping to relieve pain. It appears the plant may be safer than opioids for pain relief and could even act as a tool to help those suffering from opioid withdrawal.

In November 2017, however, rather than targeting the prescription opioids that are the root of the opioid epidemic, the FDA issued a public health advisory regarding risks associated with kratom use, suggesting that its usage could “expand the opioid epidemic.” What this comes down to, for some, is the right to choose what form of “medicine” to put in your body. As Dr. Lee Hieb, an orthopedic surgeon and past president of the Association of American Physicians and Surgeons, wrote in WND:21

“I’m not here to tout any particular over-the-counter remedy, but who gave the FDA total ability to limit what we can take into our bodies, while virtually forcing us to be given what they prescribe? It’s none of their business whether a ‘homeopathic remedy’ is worthless.

That’s an issue of commerce and truth in advertising. I, for one, want the freedom to research and decide for myself what supplements to take, even if my supplements ultimately do me no good. (Many do a great deal of good as Big Pharma knows only too well.)”

People have the right to choose their treatment, and doctors (many of whom admit to prescribing placebos to their patients) also retain the right to offer treatments they deem useful, whether it be homeopathy or another remedy.

As for the FDA’s new draft guidance on homeopathic drugs, it’s attempting to discredit such remedies’ proven healing powers before their mechanisms of action have even been fully understood. If you want to express your opinion on the matter, the FDA is accepting comments from the public until March 30, 2018.