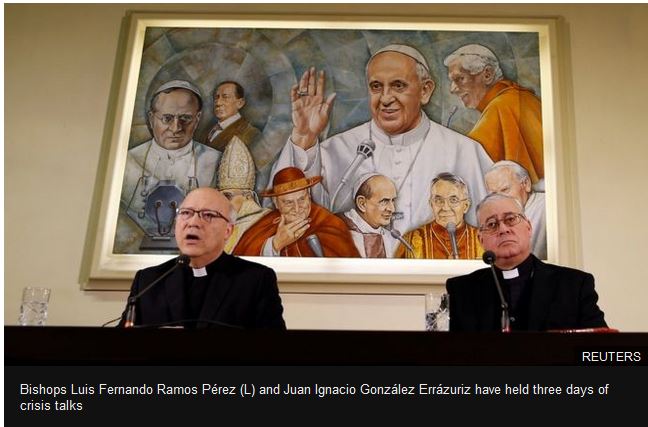 All of Chile’s 34 Roman Catholic bishops have offered Pope Francis their resignations in the wake of a child sex scandal and cover-up.

They asked forgiveness from victims and the Church for their “grave errors and omissions”.

It was not immediately clear whether the Pope had accepted the resignations.

He had been criticised in Chile for his decision to ordain a bishop who is accused of covering up sexual abuse committed by a priest.

He said in January that he felt “pain and shame” over the scandal, which has rocked the Catholic Church in Chile.

The bishops offered their resignation by letter after three days of crisis talks at the Vatican, during which the Pope handed them a 10-page document accusing Chile’s Church hierarchy of negligence in sex abuse cases.

The bishops wrote that their individual futures were in the Pope’s hands, and if he did not accept their resignations, they would “continue doing our pastoral work”.

“In communion with (the Pope) we want to re-establish justice and contribute to repairing the damage caused,” they wrote. 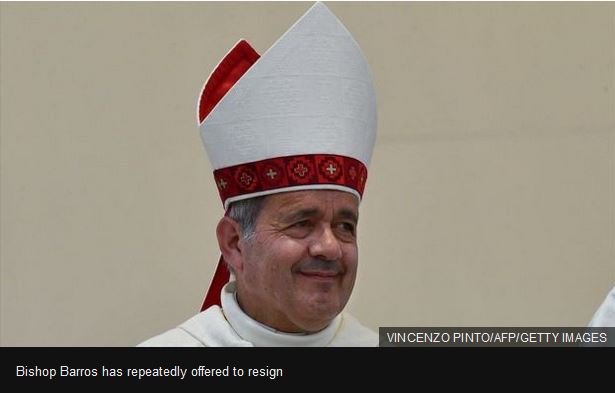 Bishop Juan Barros, who Pope Francis appointed three years ago, is accused of using his position in the Catholic Church to try to block an investigation into the actions of his mentor, Catholic priest Fernando Karadima.

Fr Karadima was an influential priest who was found guilty by the Vatican of sexually abusing young boys and was ordered to do penance.

Bishop Barros has repeatedly offered his resignation to the Pope. It has been rejected several times as he was believed to be innocent of the accusations, but this time it is thought the resignation will be accepted.

On Thursday three other bishops offered their resignations ahead of Friday’s statement from all the bishops.