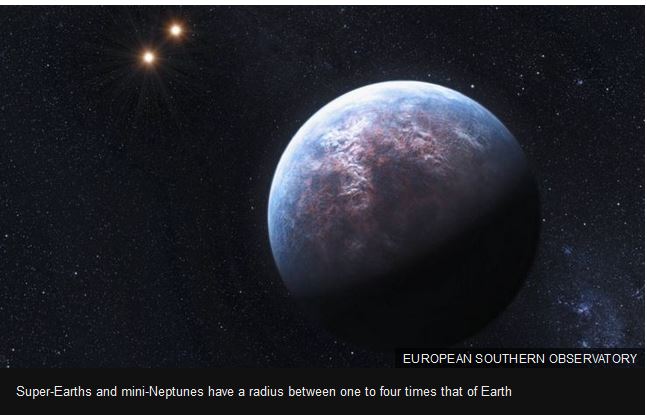 Researchers have recreated the chemistry of atmospheres on distant planets for the first time in the lab, according to two new papers.

They found that hazes, such as the hydrocarbons that shroud Saturn’s moon Titan, can be produced on a class of exoplanets known as super-Earths and mini-Neptunes.

Chemical hazes and clouds can influence surface temperature and the potential for a planet to support life.

Exoplanets, or extra-solar planets, orbit stars other than our own.

The team now has further work to do, analysing the composition of the haze particles they have generated.

“We’re really excited to figure out where particles form, what they’re made out of, and what that means for organic inventories for the origin of life,” Dr Sarah Hörst, lead author of the study published in Nature Astronomy this week, told BBC News.

“I think we are going to learn a lot about [our] Solar System from doing these experiments. We don’t want to learn about just one planet; we want to learn how planets work.” 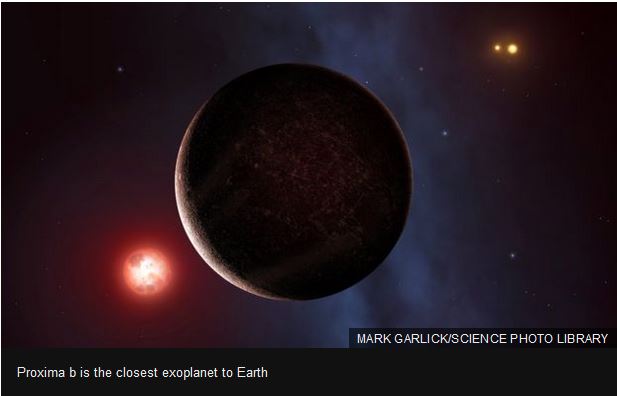 “This is a big step in exoplanet research,” said Dr Christiane Helling of the Centre for Exoplanet Science at the University of St Andrews.

“It demonstrates once again that experimental work and complex modelling are very powerful tools as they can work hand in hand,” she told BBC News.

Super-Earths and mini-Neptunes are the most common group of exoplanets discovered so far.

The nearest super-Earth, Proxima b, is over 40 trillion km from Earth, making it very difficult to observe in detail.

What is haze, and why is it important?

“Clouds and hazes determine the temperature and the chemistry of the atmosphere, and also how deep we can look into a planet’s atmosphere,” explained Dr Helling.

“Exoplanet clouds can be made of sparkling minerals, in addition to the photochemical hazes just produced in the lab.”

While clouds form from the continuous cycling of material, much like the hydrological cycle on Earth, the process of producing hazes is “more of a one way trip” according to Dr Hörst.

The solid particles then remain in the planet’s atmosphere, where they can scatter light and affect the surface temperature, or travel to the surface via precipitation.

How to build a planet

Dr Hörst’s team at Johns Hopkins University in Baltimore replicated the atmospheres of nine potential worlds, to take a closer look at how this atmospheric chemistry might function.

Distinctive gas mixtures, each rich in hydrogen, water or carbon dioxide, were exposed to a cold plasma discharge. This initiated chemical processes very like the polar aurorae visible in our own Solar System.

There were some similarly colourful side effects. 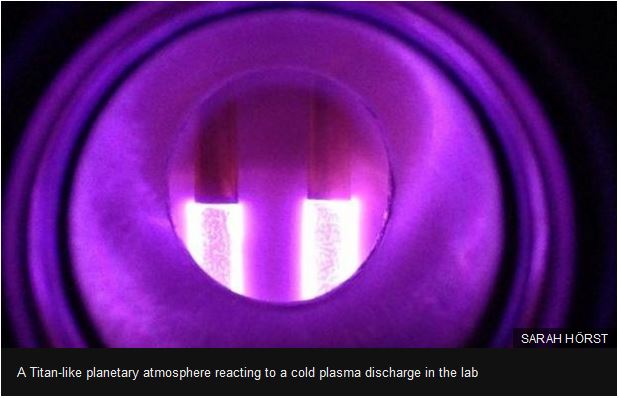 The “atmospheres” then generated haze particles over the course of three days, which were collected on quartz discs in the reaction chamber.

The colourful discoveries continued when one of the hydrogen-rich atmospheres generated an olive green haze.

“That was really exciting for us,” says Dr Hörst. “With particles that have that extreme a colour, there’s the possibility that if there aren’t a lot of them they might still have a really strong impact on the way energy moves in an atmosphere.”

In the eye of the beholder

Back in our Solar System, atmospheric haze also plays a surprising role in Saturn’s atmosphere.

“One of the reasons Jupiter is more striking in visible light, is because it has fewer haze particles. If you look at Saturn in the infrared you see that there’s a lot more structure in the atmosphere that you don’t see in the visible, and it’s because of the haze,” explains Dr Hörst. 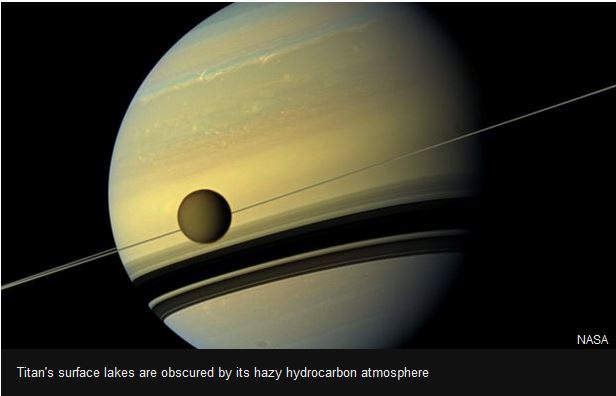 Life, but not as we know it

The James Webb Space Telescope, due to launch in 2019, will be able to look more closely at the atmospheres of exoplanets and potentially hunt for biosignatures – signs of life.

Dr Hörst is hopeful that her team’s work will be helpful in ruling out erroneous organic signatures, yet she notes that the results do show exoplanets may be capable of creating the building blocks for life.

“If there is life on any of those planets there is a decent chance that the organics in the atmosphere played a role in the origin or evolution.”