Published on Galactic Connection, on Nov 4, 2016 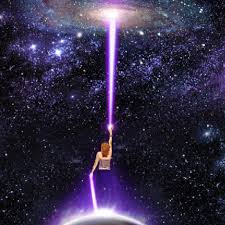 (Note: Please see both the video interview, which includes the message from Prime Creator and Alexandra’s introductory comments, and also the accompanying text of the message alone.)

On November 1, Alexandra received a message of Divine Intervention onto our planetary collective, a notice of the start of an intensifying implosion of plasma light energy with multitudinous effects to be experienced over the next few weeks. These effects include successive frequency upgrades for those choosing ascension. This will occur in several stages and will culminate in the bridging our cellular structures into their higher-dimensional crystalline nature. It also will enact profound changes in our chakra system. Divine Intervention – with our collective and continuous intent, of course – also will oversee the takedown and a final metaphysical justice meted out to all reprobate-beings who continue to resist.

In her opening comments, Alexandra advises listeners to be “steadfast, committed, and calm” as all sides of the world are being energized. A week before scheduled US elections, chaos seems to prevail. The time of mass revelations is upon us, with Wikileaks and disgruntled FBI agents at the forefront of inquiries into heinous political corruption. This has even begun to beat and bash at the walls of Mass Media.

A significant part of humanity’s collective consciousness has made the choice; thus, timelines have been secured. A portal has opened and the Earth’s skies now are flooded with millions of new ET, ED, and higher dimensional arrivals. Our own final approach to what has been called ‘ascension’, ‘the pulling down of higher dimensions’, the ‘resurrection of the flesh’ and by countless other imperfect metaphors, has begun. The ground rules for the final acts are laid out in this message from Prime Creator, or, a “Sector of Creation.” Alexandra considers it the most important message yet vouchsafed to her, and urges all to listen and read intently.

1) Divine Intervention for Humanity has been sent forth continuously and will continue to do so (this will continue) for the next 2 months. There is a part of Humanity’s Collective Consciousness which has chosen (: it) and accepts to been inundated with energies beyond their control, through all forms of consciousness. It has a steadfast hold and gives way to an allowance of control of the mind, leaving a part of Humanity with the Inability to wake up from these forces of energy. This creates a refusal and rejection of awakening.

This is still (a chance for) a personal choice to allow and accept this energy and continue to participate in it. For this reason, many solar flares will occur, bringing about such an amplification of energy at this time to awaken the collective. This will continue on (X) until Humanity has awakened.

2) There will be plasma light brought in daily, increasing in it’s intensity of(X) 10% or more a day until it reaches 100%. This will create a parallel shift in 10 days. Many will start to awaken from there slumber. Many will awaken to a lost feeling of not knowing where they are and not sure what is happening to them. Many will be disoriented, and many will be unable to think properly, nor function at a normal level. There will be extensive flu symptoms including symptoms much like that of food poisoning. Many will not be able to eat as they were before. Carnivores will have many problems eating beef, pork, and poultry for example.

3) There will be a raising of the Octave scale of all things with the consciousness of those who are ascending. This will augment 1 Octave a week for six weeks. This will accelerate the transition of the physical shell. This is the last stages in the release of the carbon structures and restructuring of the nucleus, subatomic structures, and the bridging of all cellular structures into a new crystalline construct. This will hold and integrate all lower dimensional Diamond light structures of energy, while transmuting the lower 3 chakras of the body. This will bring an end to the 1st of the 3 lower charkas as it exists now.

4) Divine Intercession is in existence where all who create a violation of Universal and Cosmic Law against humanity and the actions of those violations will be automatically shut down and not allowed to come to fruition. All violators will be held responsible for these creations.

5) The Portal was opened successfully, granting the arrival of 2.5 million ships waiting to assist Humanity. They are now in our space and will be given full instructions on how to help Humanity for the last phase of ascension.

6) The Extraction of beings leaving this planet has begun. The details are as follows:

There are 3 ways that extraction will take place. Of those beings who are leaving of their own freewill choice, a) and b) apply. The c) process is Implemented when a soul rejects their own plan.

7) If violations occur on all levels of a soul’s existence, there will be a total recycling which includes being uncreated from existence and then recreated to a Spark of Light from Pure Love. Then the soul will be placed in a new universe of 2D without duality. This Spark of Light will not have consciousness at this point but will need to learn how to just be love and grow. There is no bartering. This is a final arrangement for those who choose to create violations against anything with a consciousness, creating multiple violations.