Alexandra Delivers an Urgent Message and Update from Prime Creator 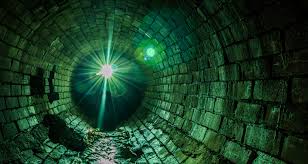 Galactic Connection
The text of the message is as follows:

1) The dismantling and release of various matrices has finally occurred as follows:

(a) The Mind Matrix of: Control, Conquering and Defeat, Death and Destruction, Polarity, Duality

(c) The 3d and 4D Matrix Systems of all things known and unknown.

(d) The Matrix of Mother Earth and Her assets and resources.

(g) These Matrix Systems were devised to run on their own through mechanisms and various complex delivery systems – including those delivered to physical shells as separate components, that would connect, create a device or mechanisms, and then later be activated through a coded frequency to turn them on in your physical vessel and sabotage you indefinitely. They also created kill switches in the brain.

(i) Delivery Systems were enacted upon you through:

Here are the updates of things moving forward and completed for humanity.

2) The Dark Seed of Dark Matter has been removed from Earth along with its matrix system, and the web-netting connected under the earth, above the earth and to all of the sectors and beyond.

(a) This also has all been removed in all sectors.

(b) This is a component of the Quantum Entanglement Matrix Systems

(c) All Seeds that were created from this Dark Matter: Including all seeds of Creation for all life forms with a consciousness have been removed.

(d) Removal of the Black Sticky Goo from its existence has occurred.

(e) All fabrics of energy, and Holograms have been removed.

(f) Even a removal of all connections to all things in this letter, which provide a feeding source of energy, supported energy, to those who created this has been completed.

3) Beings should know all that has been described in number 1-2 has a direct effect and connection to one’s own physical shell, mentally and spiritually.

(a) Beings need to understand removal to these things and systems is the releasing of all the last carbon structures in the physical shell.

(b) Beings on this physical plane should expect to feel and may have a sense of confusion, an inability to think and function and be extremely tired. If you are on the path of enlightenment and feeling unable to integrate, this is short lived.

(c) Beings who are unawakened, or not ascending will have an amplification of fear based extreme symptoms of anger, rage, depression, anxiety, sense of loss, a sense of leaving need to figure out how to get off planet.

4) All Notices have been delivered to all souls on this planet who are exiting.

They are working on creating their own exit plans with Prime Creator individually. All will see the masses exit in various ways, chosen by individual souls and this will be starting shortly…. more than we are seeing now.