AK : Nobody Gets Left Behind 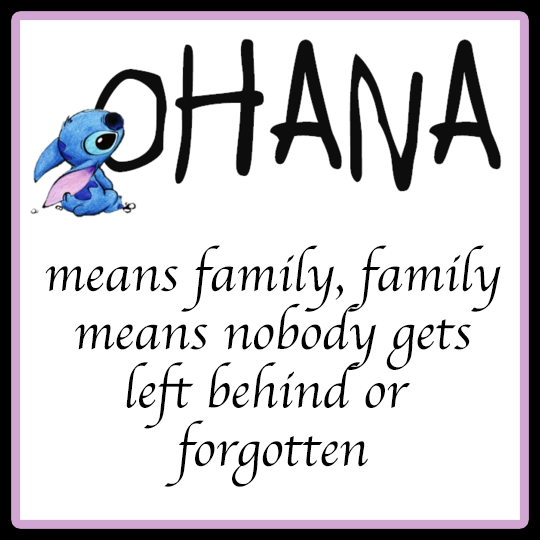 Nobody Gets Left Behind

Everything you encounter will interact with your energy. Energy exchange is a ubiquitous fact of life. Your physical embodiment depends on energy exchange with the earth, air, sun, and water and the various components of vibrations bound up as photons, magnetism and the highly condensed and slowed down encapsulations of light known as matter (E=MC2). There is a ginormous amount of light in a single atom.

Scientists learned this in the 1940s and created a bomb out of that very simple fact of existence. Your eternal essence itself is a flowing current of love emerging from the One that simply IS. I, the every lasting ONE, that makes up all that is, and all the life forms that emerge from it, that creates the dark and the light, so that color itself can emerge and be seen. Even what our eyes perceive as dark is filled with photons and wavelengths that are simply beyond our range of sensory perception.

A very long time ago, the embodiments of “I” decided they’d like to know what it would be like to be separate from the ONE, if it were possible. You won’t find any books on this beginning of the experiment, most of the beings in the experiment of separation don’t know how it started, they either were not of the first generation of creative beings that had that knowledge.

How do you create separation from the ONE? By hierarchy and illusion. Which are really one in the same for at their core, for they pretend not to notice the existence of the ONE. But oh does separation speak of the ONE! My hunch, and that’s all it really is, because I can’t provide you footnotes in some esoteric text or college science textbook for this, is that it started with the hierarchy. One embodiment, a individualized perception was created from infinite potential of the One and the infinite purpose and will of the One.

It various faiths it was called “The Word”, Logos, OM, the divine vibration, because it had the ability to speak or utter a vibration within the ONE that caused creation to come into being. That being created other creative beings, in a recursive fractal form, Russian dolls of being within the ONE, throughout one in every possible energetic expression possible. But it was still all ONE, just expressions of the ONE on different scales and energetics. The Universe is a very big place, and recursion of fractals is the way it was explored. It was the ONE coming to know itself through many lenses of individual perceptions within the ONE.

Over “time” (confining ourselves to limitations of finite human language – there really is no time, only events, states of being, motion and vibration) various realms were created into existence. Stable bandwidths of energetic states operating in harmonic resonance within the ONE. Some of the creative beings took roles of “light” and others took the difficult role of “dark” on the condition they would be shown love when the experiment in the illusion of separation was all over, otherwise they would never find their way home after leaving such a high energetic state.

The “dark ones”, the “partners in contrast” job, was to anchor the contrast of the illusion in the lowest vibrations possible for the sake of ALL the beings that wanted to experience separation. In some sense it was a sacrifice for the sake of ONE, and it was an artifice, a contrivance, and a very convincing one. But it was also a contrivance that took enormous resources and energy to maintain, because it was fundamentally out of alignment with what IS. Still it was all vibrations within the ONE, and the ONE knows only love, and loves all within the ONE for all within the ONE is itself. ONE is not divisible by anything. And LOVE is the highest vibration of all and affects all within the ONE.

Those that remained close to the highest of energetic states found themselves adverse to the contrasting energies, their resonance was not the same. That was by design. The universe was separated into Preachers, Jailers, Gang leaders and Prisoners. The preachers railed against the prisoners and gang leaders, they created moral codes, yet more hierarchies and mentors.

They thought if they could only destroy the darkness they would be restored to condition they had before the experiment in separation began. Yet they did not understand that they too were part of the separation and playing a role within it. They called their allies light workers. So many lightworkers, so few heartworkers. Religious, dogmas, teachings came up to explain the structure of the experiment, and many fables were created about the beings that participated in both sides of the experiment. But the truth is, few knew, and those that did know, forgot how it got started.

The very act of manifestation and creation itself became off limits to all but a select few, often through simply restricting knowledge through secret societies and other means of sequestering knowledge and stores of knowledge. Both the “light” and the “dark” did this for their own purposes. Creation was supplanted by “technology” that was but a imitation of what all beings had native to their being. Fences were drawn, planets were quarantined and unimaginable wars raged across entire galaxies.

The leaders of the dark ones knew it was all one, and mocked the sanctimonious ones. Yet they had their own problems because they forgot they too were loved, and they became self-loathing not believing they were even worthy of the Creator’s love, and shut down their hearts from which the love from the ONE arrives. They got their love 2nd hand, through fear and domination and oppression.

The preachers told them they were evil and irredeemable, and the gang leaders and prisoners believed it was true and hated the preachers for repeating it over and over and did every thing to supplant any human or galactic decency. Others were kept in crippled knowledge state because they did not have access to their memory of lives throughout the ONE. Many continued to enjoy nearly full knowledge, instantaneous creational abilities because of the energy state they lived in supported that.

Their mere presence to those in a lower energetic bandwidth could cause euphoria and changes in being, and if it was strong enough loss of embodiment due to the energy differences. Yet they were all equal manifestations of the ONE in the eyes of the ONE. All worthy of the love of ONE. They were the ONE. Others roamed the universe harvesting what was already there energetically.

They built civilizations dedicated to harvesting other civilizations energy, they destroyed planets, they told people “BEHOLD MY GLORY” in an attempt to harvest yet more energy from beings who were also part of the ONE, but somehow felt they had to be less because that’s all they were every told or simply didn’t have access to the knowledge of who they actually BE. Commerce is but energy exchange between consenting parties. And for far too long there’s been a lack of transparency on what the terms of the commerce was.

They created a “universal” commerce system. What we have on earth is but a crippled outpost of that. Any being that tells you they are greater than you, is manipulating you for your energy you will provide them, either through fear, worship or the simple turning over of your power to them in the belief that you are somehow less than them and less than the ONE in body. And quite often its done with a bit of identity theft using names of beings who would not ever behave that way and speak down to other embodiments.

For they would SEE the ONE within every in-body-ment. A being that knows the ONE will NEVER tell you they are greater than a human being because they KNOW there is only oneness and they admire the courage of those who bring the love from Prime Creator Source, the ONE, into the lowest of energetics through unimaginable obstacles. That takes great strength of will, heart and persistence.

Beings with a lessor understanding and deeper into the illusion of separation however will boast of their glory, to harvest your energy and WILL convince you they are greater than you – or stoke your ego in some form that you could become one of them if you cooperate. These beings are called “divines”. Their realm is above the ETs. They were once known as gods on this planet, demigods, immortals, eternals.

Human myths are replete with them. They still exist. They control the banking system, the primary means of energy extraction on the planet. Others who figured out the illusion have entered their realms after years of rigorous disciplines designed by the divines to continue the energy extraction for as long as possible. The hallmark of their handiwork is the extensive use of the word “divine” and “divine plan”, which relies on the presumption you won’t go to wikipedia or your dictionary and look up the meaning of divine and see that it doesn’t mean the plan of the ONE that just IS.

Anytime any being sees separation between the ONE, they are not in full harmony with the ONE. Judgement of other beings, is itself a lack of Judgement, for it discerns not that all is the ONE. The experiment of separation was designed to FAIL. It was designed to be a finite experience within the infinite existence. Limited. The partners in contrast are doing their job perfectly, making the contrast SO extreme, no in-body-ment eternal essence wants to continue this path of existence any longer, not even the contrast enjoy it anymore.

Does anyone believe their governments are here to help them anymore? When was the last time you heard the word “your friendly banker”? Their job was to FAIL. And they are doing their job beautifully. Every being feels the pulse of the ONE within them, EVERY being responds to LOVE. Every being hears the still small voice within that calls them home. That voice is about to become a roar. Are you ready to come home? You really never left… you’ve just been dreaming in the illusion for a while…. Its coming soon.

The ONE is a family of beings and NOBODY GETS LEFT BEHIND.