Aisha North: As The Floodgates Open… 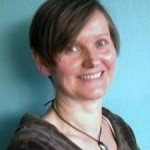 As the floodgates open, many of you will feel as if swept away by these incoming energies, and rightly so. For now, nothing will be left bobbing around listlessly in its wake, rather, all things will be reset in a very new way, and through this, new horizons will once again emerge. Again, we speak in riddles, but let us try to give you some images that will perhaps serve to lift the inner fog somewhat. You see, you are still very much wrapped within that cocoon of humanity you have been ensconced within for such a long time, and so, what is happening can be difficult to discern with the naked eye if you will. Again, we talk about the fact that you as human beings are still very much attuned to registering everything around you with the human part of you, the senses that gauge everything by way of sensory, aural and other “measurable” – by your standards –  frequencies. But now, what is happening is a shift that will bring you all out of sync with what these normal ways of understanding will try to tell you, and so, you will feel as if you are literally walking by your side instead of feeling fully centered at all times.

This may sound confusing, and indeed it will be, but this is also an important part of the process you are being taken through now. Remember, as we have already told you, there are no limits anymore, and in order to make it easier for you all to start to take that in – and yes, we do mean that in every sense of the word, you will be pushed and shifted about in such a way, you will feel as if you are being left bereft of any familiar coordinates at all at times.

And so, you may find yourself looking into the mirror and thinking “who is that”, or you may look down upon your own body and feel as if you are looking at a foreign and to you very unfamiliar object. You will have instances where everything you see around you, whether it be man made objects or even parts of Mother Nature herself, seem to be nothing more than a chimera or a painted backdrop, a set put together to serve as a mere decor around you. In other words, do not be surprised if you at times feel totally untethered from “reality”, and that includes your own being. It may sound frightening, but you will at the same time feel a deep connection to something that you know is very familiar, that you know is YOU, while at the same time you will have a hard time connecting this core to the physical attributes that they are currently being hosted within.

You see, what is taking place is literally the lifting of the veil between the world as you have known it – seemingly forever – and the worlds that lie beyond them. And you as a truly multidimensional being are already well versed in residing on multiple planes simultaneously, but as your human part will be trying to convince you, that is simply not possible. For your human part will try to confine the very essence of your being to what you already know well, in other words the world of a human, with all of the visual and sensory definitions that comes with. But now, your ability to sense will start to exceed all of these old borders and imaginary limits, and so, there will be a period of seemingly counterintuitive conflict between what you think you are and what you will experience yourself as.

For now, you will expand in every way, as your very being start to interact with more of itself in a very tangible way, and so, your sense of equilibrium will be the first one to go. For remember, every step you have taken on this planet has been defined within the frames of a human body, and as such, your perception have been fine tuned to working within these frames. But now, those old measurements can no longer be used, and you will find yourself literally struggling to make sense of it all. But again, that is simply a part of growing up and out of your old confines, and as such, all of this confusion should simply be taken as signs of awakening, the awakening of those parts that have been dormant for such a long time, but who are now slowly but surely waking up and stepping to the helm, beginning to make their presence known to you in so many ways.

So do not fret, even if you might find yourself scratching your head and thinking you are beginning to lose it all, for it is in fact the other way around. You are for the first time beginning to come back together again in a way that will set you back to functioning to your full capacity instead of running on just one small engine. So again we say, know that all is well even when everything you “know” seems to be telling you the opposite. For you are simply getting to know those parts of you that are so familiar to you, but have been kept out of sight, waiting for this moment to arrive. So welcome the unsteadiness and the uneasiness and the total strangeness of it all, for it is simply the way back to the one you used to be, the one that is much more familiar to you than that singular being within that old familiar body you have thought was you for far too long.