Aisha North: A short update on the Gathering 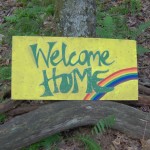 A short update on the Gathering

By now, you will all have begun to settle a little bit more into these new tracks that you laid down during that ever so impressive get-together that you staged just a few days ago, and even if the first stages of this new part of your journey may seem to be somewhat shaky for some of you, you will all find yourself steadying into this new rhythm, or rather, vibration. For as you came together and pooled your formidable resources of individual frequencies into this already deep reservoir of light that has been collected here in this space, you also set off some very new frequencies, frequencies that were engendered in the meeting points of your own individual tunes. In other words, your singular currents created some very distinct patterns wherever they intersected with those of the others connected to this Pond through their own individual vibrating string of light, and through this process, a vast new tapestry of light was co-created by you all.

Once again, this will sound as if old news to many of you, but what you might not be aware of, is that this time, you not only created a very new tapestry of light, you also in effect disconnected the old one. And so, you have left your old training wheels behind, and now, what you stand upon, is ground that you have literally created from scratch yourselves.

For by now, nothing of the old systems will be here for you to fall back upon, and the reason we choose this phrase, is to say that now, you do not have the option to “fall back” into the old in any way. And the very reason for that is simply this: it is because you have chosen it thus. You see, you have all given yourselves the permission to graduate fully from the old, and through this last endeavour, you sent out a signal not just to yourself but to ALL, that now, you are ready to finally stand tall and proud in an energy of your own making. And now, you need no longer rely on the supporting structures that were created during the initial stages of this process, for you have all found the sufficient presence of mind to stop looking about you for something to lean on. For now, you know that what you carry within is more than enough to carry you wherever you go, and from this day forward, you will begin to truly embrace the truth in these words.

This does not mean that from this day onwards, you will stand alone, far from it. For what this means, is that from this day onwards, you as a collective will be an even more impressive co-creative unit. For now, what you feed each other will be a very different kind of energy from what it was before. Earlier, you all needed to literally lean on each other for some extra support at one stage or the other during the journey, and this task of support was one that was taken to heart by so many of you. And so, what you have managed to create, is a one of a kind group of self-supported souls, all powerful enough to stand shoulder to shoulder with each other in the next stage of this ongoing process of making the rest of mankind as sovereign as you have managed to re-create yourself as.

You see, you all needed the others in order for you to find the real you, but now, you will all rely on yourselves to further this process outwards. For now, so much of the energy that ran between you earlier will be sent out into the ethers, outwards to help even more souls begin this process of empowering themselves, just as you have all done by coming together to assist each other through this process of rebirthing your own inherent powers.

And no, this does not mean that you will all go back to square one again to relive this process again and again through the lives of those around you. For we do not refer to a process where you will be feeding the rest of this planet from your deep reservoir of light, and thereby emptying out your own resources. No, what we refer to is an entirely different process, where you will find yourself drawn outwards in the respect of beginning to utilize your own inherent powers in such a way, they will not just sustain you, they will also ignite the “motors” within others so that they in turn can begin to draw on their own reservoir instead of feeding off of that of others.

You see, as this new age dawns you will all at one stage find yourselves opening up to something that has been waiting for just this moment to arrive, and what we refer to, is an inner ability that you have that now will be put to good use in the world that still surrounds you. Again, we speak in convoluted terms, but let us just say that from now on, you will all find that no matter where you go, you literally carry the connection to this Pond of energy with you. And like an extra tank of oxygen this huge reservoir of light that you have all been so instrumental in collecting will enable you to literally dive out into the still dense soup that surrounds you to do the things that resonate with your energy, even in such an environment as the remnants of the old world has to offer. For you will be able to take what has become apparent to you and bring it out into the world in a manner that will give you all reasons to rejoice in more ways than one. First of all because your actions will be guided by your heart, so you will know exactly what your role is to BE, and secondly because you will find that your enlightened actions will set alight the center of the hearts in those people that will be drawn to your light in the first place.

Remember, what we are referring to, is not for you to become a group of proselytising zealots delivering your message to all and sundry, for you are not going to go out into the world to “save” anyone. That is not the case here at all. No, what you are to do, is simply to BE the you that you have now become, and to DO the things that literally make your entire being sing from joy when you do them, and then, it will be like setting off a shower of sparks in anyone you may come across.

For you are here to lead by example, and now, you have clearly shown to yourself and to the rest of Creation that you have finally become YOU by allowing that inner light to come fully alive. And so, it is your task to BE that light, not to run around telling everyone around you how to be theirs. So go out into this world with your head held high, and go out with the knowledge that now, you stand firmly on your own two feet, within your own exceptional light, fully anchored to a living grid of interconnected pathways of light that you have been instrumental in setting up. And now, you need not rely on others to breathe freely, but thanks to the very fact that you have all allowed yourselves to become a part of a collective of enlightened souls again by casting aside the old notion of your own unimportance, you have all become complete, and so too this very new grid of life-sustaining pathways of light.

So once again we thank you all on behalf of All of creation. You are magnificent indeed, and now, we venture to guess you are far more inclined to agree to this very fact than you were only a few days ago. And for that, we could not be more pleased, both on your behalf and for the rest of Creation. For it is in this capacity as complete and sovereign beings that you can help others around you to attain that same stature, and only through that. For you have shown it to yourself that it is indeed possible, and now, that is all that anyone else need to see. And if they allow their own heart to see this, they will surely follow in your footsteps into their own way of BEing themselves fully for the very first time in their capacity as a human being. And then, this transformation will indeed be complete, not just for you, but for ALL.