Aisha North: A short update on the energies12.2.14 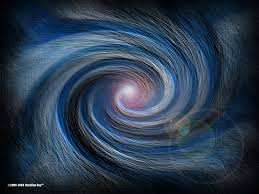 Once more the time seems to have speeded up, and rightly so, for now things have indeed been set into motion that will have an effect far and wide. Let us explain. As we have already mentioned, the last week’s events did indeed put into place a whole new set of coordinates into this gargantuan “machine”, and as such, we have been able to proceed at a much higher speed, and so, these events will continue to unfold in ways and in numbers that may take more than a few of you by surprise. You see, now there is no longer any reason for any of us to sit around and wait for any laggers, for now, so much has been set into motion it will indeed serve to pull the majority along with it in its wake.

Let us explain. As you may already be aware, there is such a thing as critical mass, and in this huge endeavour there have been several instances of this occurring already, but what took place over the last couple of weeks will have the most noticeable effect for you. Remember, this is indeed a process that has been going on for a long time now, it spans over far more than a single one of your lifetimes, and as such, the instance of reaching critical mass has indeed been a recurring event. But again, what took place recently will help to propel each and every one of you towards that “final destination” if we may call it that at optimum speed. And so, we ask you all to pay close attention to what will arrive within your private sphere in these upcoming days, for the signals will be many, and you will all be called to action in one way or the other. Remember, this is a huge collective endeavour, but it is one that is composed of a myriad of singular instances being carried out by individuals, and as such, we venture to guess you will all feel as if your tasks will begin to come in at a heightened speed and in increasing numbers.

For you are all playing a vital role in this, no matter how clear an image you yourself will have at any given time. For remember, you would be hard pressed any of you to even begin to fathom just a small part of what it is that you are actually doing these days – or for many of you – nights. But even so, it is indeed important that you try to stay alert to any signals that may be coming your way, and remember these signals can come in various ways and by various channels. For they may come about by an accidental meeting, or you might feel the urge to be at a specific place at a specific time, or you will perhaps stumble across a book or another kind of written information that may already be familiar to you, but will show itself to have taken on a whole new meaning in the interim. You see, you all have your tasks in this, great and small, but the one thing that unites them is this: you will rarely be asked to keep your discoveries for yourself. In other words, now the time has come to stay on alert for anything you sense will be of importance to others in one way or the other, so do not let any opportunity that arises go to waste if you should find yourself in the presence of some kind of information you feel is vital to share, even if you cannot yet see the means or even the ways in how to utilize this snippet of information that you have gotten hold on. For again, this complicated structure is put together piece by piece, and even if some of these snippets will seem to have little value to you, they may actually be an invaluable piece for someone else who is lacking that single rivet in order to complete their own part of this intricate structure.

So again we say keep your wits about you, and do not let the chance to discover something out of the ordinary amongst all of the ordinary moments that await you go to waste. There will be golden nuggets strewn all over the place now, for you will all in some way begin to uncover some of the hitherto “lost treasures” that you have carried with you for eons, waiting for the right opportunity to emerge. And remember these “golden nuggets” may appear when you least expect them, and they may also come in the most unexpected of ways and from the unlikeliest of sources. For even if this is all information that you already carry with you, it will in so many instances be triggered by something that comes from the outside. In other words, it will be a little like a treasure hunt, where you are being sent out into the world – or into your daily life – to hunt for clues in your surroundings, clues that will stir your own inner being into action in a way that will begin to take more and more of your focus.

You see, you are all being literally trained to become an integrated part of a collective, so this is also a way of taking you somewhat out of the “internal comfort zone” and send you out into the world to interact with people and places in a very new way, and through that, once again enable you all to function as interconnected neurons in the global – or perhaps we should say Universal – brain. For you are no longer solitary islands floating around in a silent sea, now you are more like busy intersections picking up information streaming past you from near and far, like a hub in a far reaching net of interconnected highways of galactic information. And so we say keep your eyes, your ears, your heart and your mind wide open so as not to miss out on anything that is going on, whether that may be of the internal or the external kind, and remember too that it goes without saying that what you are to listen to is not the senseless distribution of noise that is still being sent out in order to try to disorient you. No, what we are referring to, is that intelligent form of communication that is now beginning to literally take up more of the space both on the inside and on the outside, and again, it takes a focused mind to be able to perceive these signals as they are still apt to be drowned by all of the “jamming stations” that are still active, especially in some parts of the world.

So again we say stay focused, stay open minded and indeed stay inquisitive and curious and playful. For as we have told you before, at this stage the best bet could be to become as if a child again, one that approaches his or her world in wonder and in awe. For then you will approach this from the very best angle, the one of positive curiosity, unbridled by any preprogrammed ways of behaving or thinking, and so, that is exactly what we ask you to do: be curious and inquisitive and be it in a way that brings you joy, not in a way that serves to bring you into thinking that this is a burden to you. For this is about creating again, from a place of joy and a place of wonder, and when you open yourself to that, here will be no end to this wonderful stream of enlightened information coming your way. And for every piece you discover, you will be led on to the next, in what can only be described as a joy-filled path of rediscovery and redefinition – of you but also of the world that you live in. And in addition you will finally begin to see everything around you in a very new light, and in a very literal way.

For this treasure hunt will serve to open so much within yourself, doors that will once again be opened so you too can step inside of these rooms that you had to leave behind a long long time ago, but now, these rooms are once again open and waiting for treasure hunters such as you to find them. For the treasures you are seeking, are not those measured in money or any other form of riches. No, these are the real treasures, the ones that carry no price tag, for they are simply beyond measure, and they are more magnificent than anything all the money in your world could ever buy. And that is what you are beginning to find now, and we have the pleasure of watching you find it. And so, we venture to guess that we will all have ample occasion to celebrate in the times ahead, no matter which side of the veil anyone will be at any given time. For now, the doors are open and so too are your minds, and the combination of the two will bring wonders for us all.