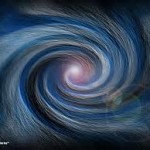 Beloved family of light! My sister and I have just been through such a powerful experience, I have asked her to help me to share it with you. For this morning, my sister asked me to come and look at something she had been guided to connect with, and it was about Tintagel on the West Coast of England. I felt tingles all over my body and I told her “this must be so important, for there has been a lot of talk about King Arthur and Merlin at the Pond the last couple of weeks”. She was not aware of this, because she very rarely read anything that is posted here, not even the messages that I channel. After I had read through the link she showed me, I said to her that I felt we should sit down and meditate together. She agreed, and we both felt guided to prepare by taking the time to light incense and read a prayer to Mother Nature and using my Tibetan singing bowl to mark the occasion. We also brought in three feathers that we have been gifted over the last two years, an owl’s feather and an eagle’s feather from the area around Lake Gjende and a hawk’s feather we found during our week in Crete. We also brought the two pieces of yellow quartz we found at Lake Bygdin this summer, one for each of us.

This is what my sister has to share about this:

When I woke up this morning, I felt the need to connect with my yellow quartz from Lake Bygdin. Immediately, I got an image of the pyramids of Giza, and I felt I was standing in Tara’s photo. I could feel the desert winds blowing in my hair.

I then got the image of the energetic pyramid of the Bygdin/Gjende-area, and I thought – maybe I should connect with more pyramids? The word Tintagel entered my head. Tintagel?? I asked. I knew about the name, that it was a place in Cornwall, but nothing about it. Don’t you mean Glastonbury, I asked. But the name Tintagel persisted. So I “saw” the energetic pyramids of these three places, Egypt was very much in the middle, Lake Bygdin/Gjende-area on my left, and Tintagel on the right. I saw two interconnected pyramids in each place, like the Merkaba, with one pyramid on top of the other, but with their points touching. These pyramids started spinning, pulling all the energies into the Egypt-pyramid, pulling in all the dense energies but also the light energies. Then I fell asleep.

Waking up again, I had to get up and google Tintagel + Spiritual. To my amazement, I found out that this place is deeply connected to Merlin and Arthur. I felt a deep connection to the place, looking at the photos of the rugged coast and the waves crashing in. I found a very interesting article about a spiritual experience someone had here. I told my sister about my experience and showed her the articles. She suggested we sit down to meditate, and I felt guided to hold my hawk feather from Crete in my left hand and my yellow quarts from Lake Bygdin in my right.

Immediately, I got an image of myself standing on the Tintagel island, with winds blowing in my long hair and long robe. I was facing the ocean and holding Merlin’s sword in my hands up to the skies. The sword was golden, the sword of Absolute truth. I was guided to plunge it deeply into the cliff – and this time it shall stay there, not be pulled up by anyone.

There were lighting bolts coming down from the sky through the sword and into the ground. I could see not just Tintagel, but the British Isles from above. They were black and the lighting spread out all over, like a network of golden fissures, or like veins of golden blood reaching out everywhere.

“We are cleansing these isles of their dark and dense energies, from their wars and strife,” I sensed. We are purifying the history, like panning gold, we are washing the grit and soil from the golden nuggets of ancient wisdom. I could feel this purification going on, and I got the image of the British Isles from above again, this time it was like the Northern light – or a shower of Gold light emitting from the isles and up into the sky.

At this point, I could feel the feather slipping in my fingers. But I wasn’t dropping it, it was leaning over to the right, and touching the quarts from Lake Bygdin.

So – am I supposed to create a connection from Tintagel to the Lake Bygdin/Gjende-area? As this thought formed in my mind, the word BRIDGE appeared. I sensed a golden tunnel, looking like the tale of a dragon, shooting forth from Tintagel to the source in the mountains where we had the water collecting ceremony this summer.

This connection brought the pure, blessed waters from the Norwegian mountains to Tintagel, accelerating the cleansing process of the British Isles. And then I was reminded of the fact that my hawk feather was from Crete. I could now see how a connection, an energetic bridge was formed, connecting Tintagel to the pyramid mountain on Crete, and from here to the source in Norway. I started working on the energetic circulation, with the words “We are love, we are loved, we are loving” going counter clockwise from the purity of the mountains, to the Blessed Isles to Crete. I feel we have now established a strong purification process and connection between these three points. The dense energies are being cleansed and all the old and sacred knowledge is being shared and spread at the same time.

And so it is.
I am Afathon – the wayshower.

This is how I experienced this: When I connected to the energies, I could feel this powerful spiraling motion going through me and I saw myself standing out on the rocky promontory of Tintagel, wind whipping through my long, dark hair. Then, I could feel the energies starting to move more straight down through me, and I felt myself becoming taller and straighter, like a needle or a hollow reed, and I knew my task was to simply channel these energies down into the Earth. Powerful emotions came up and washed through me, and I struggled to stay still, but I knew that this was not from me, it was something that was coming up to be released from the collective. Suddenly I heard the words “dialysis”, and “the blood of the land” and I just knew that I was a part of something that literally cleansed this part of the world by allowing the light to come in and remove the impurities that had been embedded there for so long.

This continued for a while, and then I heard the words “the love of the land” and it was like the piece of yellow quartz from the Norwegian mountains that I was holding in my hands started to pulse and becoming warmer and warmer, and I was instantly transported to Lake Gjende. Then, I heard the words “the lady of the lake” and I saw the huge piece of clear quartz that I had deposited there in the summer of 2013, and I could hear the words “purified”. I saw myself lifting this crystal clear “dagger” of light up from the lake and up towards heaven, but then, I suddenly knew that I was supposed to plunge that “dagger of light” straight down into the ground, and that is what I did. I could see the dark ground starting to splinter where the crystal was embedded, and through the cracks a bright, white light appeared, spreading outwards, and I could see how this light started to pulse and I knew it was literally the new, purified life blood of Mother Earth starting to flow. I saw myself straightening up again, and from my hands I released a huge eagle, and it flew up to the skies above the snow clad mountains around Lake Gjende. Then, I turned into that eagle, and I could feel myself soaring upwards on the winds, floating over that beautiful landscape and it was such a powerful sense of weightlessness and of total freedom 🙂

With eternal gratitude from me, Aisha <3