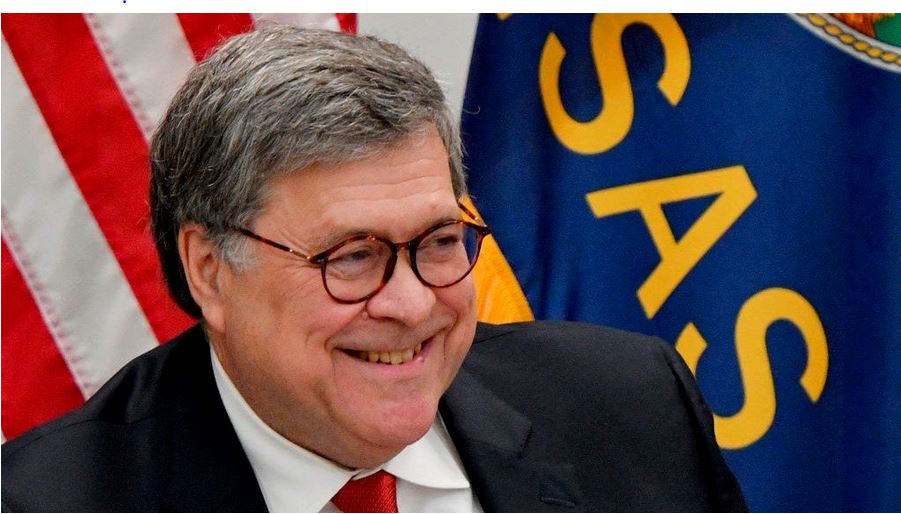 Not only did the Department of Justice respond to corrupt Judge Emmet Sullivan’s actions in the General Flynn case yesterday, but they did so with massive fire power.

The Barr Justice Department dropped its case against General Mike Flynn last month after bombshell documents were released that proved Flynn was framed by Comey’s FBI.

But the Clinton-appointed Judge Emmet Sullivan made a shocking, political, move to delay justice for General Mike Flynn.

Judge Sullivan also appointed retired Clinton appointee judge John Gleeson to argue against the government’s motion to dismiss the charge against Flynn!
This is unheard of!

This came after the US Supreme Court just one week earlier ruled that rogue judges CANNOT do what Judge Sullivan is wanting to do.  The Supreme Court ruled 9-0 to prevent judges like Emmet Sullivan from becoming tyrants on the bench.

On Monday Judge Emmet Sullivan claimed he was not required to “rubber stamp” the Justice Department’s bid to dismiss the case.

This is a ridiculous statement by the corrupt judge turned prosecutor.

On Monday afternoon the Department of Justice responded to the rogue judge reminding Sullivan, “We’re the prosecutors here, not you!”

But what has gone unreported is that the brief filed by the Justice Department has massive fire power.  The response from the Department of Justice came directly from the office of the United States Solicitor General, Noel Francisco.

Sean Davis at the Federalist reported:

In a sign of how important DOJ views the underlying constitutional issues in the case, the formal brief to the appellate court wasn’t just signed by the line attorney managing the government’s case. Instead, it was signed by Noel J. Francisco, the Solicitor General of the United States who is tasked with representing the U.S. government in the most important appellate cases across the country; Brian A. Benczkowski, the Assistant Attorney General and head of DOJ’s entire criminal division; Deputy Solicitors General Jeffrey B. Wall and Eric J. Feigin; assistants to the Solicitor General Frederick Liu and Vivek Suri; Michael R. Sherwin, the acting U.S. Attorney for the District of Columbia; Kenneth C. Kohl, the acting Principal Assistant United States Attorney for D.C.; and Jocelyn S. Ballantine, the line prosecutor handling the Flynn case at trial.

“The Constitution vests in the Executive Branch the power to decide when—and when not—to prosecute potential crimes,” DOJ argued in its brief. Rules of federal criminal procedure, cited by Sullivan in support of his gambit to appoint himself both judge and prosecutor in the inquisition against Flynn, “do[] not authorize a court to stand in the way of a dismissal the defendant does not oppose, and any other reading of [those rules] would violate both Article II and Article III” of the constitution, DOJ wrote.

“Nor, under the circumstances of this case, may the district court assume the role of prosecutor and initiate criminal charges of its own,” the brief continued. “Instead of inviting further proceedings the court should have granted the government’s motion to dismiss.”

The case is now in the hands of the DC Circuit Court.  Obama’s plans to indict General Flynn are over.