by The Vison Alignment Project, published on November 11, 2017 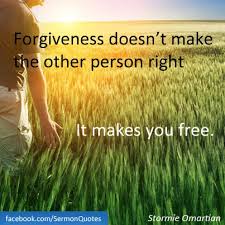 We see a world where freedom and peace have blossomed everywhere because everyone who lives on this wondrous planet has forgiven everyone else for whatever trespass they have done, or were thought to have done.

We see a world where all those who selfishly lord over the peoples of the Earth – the puppeteers, as well as their puppets, presidents, politicians and pawns of the pawns who have sold out their fellow men and women for fear of not having enough for themselves – are utterly forgiven en masse; where all those throughout history who have played the roles of the bad guy – whether they wear the garb of the Nazi, the Hun, the Mongol, the Roman legion, the American soldier, the Muslim extremist, the Yankee, the Reb, the tyrant or the terrorist – are completely forgiven by all; where those in our own family line – our fathers and great grandfathers who abused, bullied and beat us in the name of a false love – are entirely forgiven regardless of the pain and suffering they inflicted; and where we have called forth and confronted our own dark energies and experiences – the ones that have wrought harm or wronged others back through our entire existence – and we have shined the white, cleansing light of forgiveness upon every part of ourselves.

Take a moment and imagine what it’s like in a world where each and every one of us has forgiven everyone else. Now we are free within our own hearts and minds. Now we are free to build a true Heaven on Earth.