A Truffle Kerfuffle over Alleged banks and other rumors about Heather….

A Truffle Kerfuffle over Alleged banks and other rumors about Heather…. 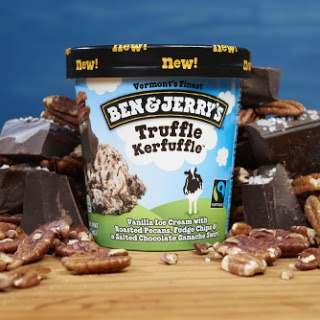 I got a Skype tonight from Mike O’Brien (see below), whom I really don’t know very well, first I heard of him was when a petition asking Donald Trump to pardon/commute Heather and Randy (they are not guilty of anything).  Mike’s done some videos too and apparently has a big YouTube following.  I also met up with Neil Wolfe in and Tristan in DC.   I think all men mean well.  But not like I know any of them very well.  My focus has been assisting Heather the best way I can.

I don’t know which Ginger Mike’s referring to, it isn’t stated, so I really can’t say. I only know two Gingers in any case.  So I can’t vouch for what Mike O’Brien purports, nor do I know what Skype of Facebook this refers too.
But I can say this unequivocally…..
1) Heather is indeed in jail in Knoxville TN.  I’ve spent money following her and paying for court stuff, and housing and gobs of money for paper filings and transcripts and you name it.
2) She’s not supporting any bank.
That’s all that needs to be said about whatever is going on in Heather’s name.
We are not newcomers to agents provocateurs, disinformation, or name dropping by people wishing to make a profit stream from knowledge of UCC and alleged “quantum grammar” or any other imaginings or doings in the name of telling people part of the UCC story but not all of it…

I know of a paid informant or two (thanks to Stan X) who has gotten really close to some, and they always seem to want to know about my whereabouts and doings.  No big deal.  Not a new thing.

We have been monitored electronically for 5 years, not much has changed for us. It used to be really obvious when 100 skype messages would come in a batch, indicating it cleared the morning desk of some NSA analyst.  But the government got smarter, had Microsoft buy up Skype, remove the P2P communications and put it all on one easily monitored cloud.  Google too.  They changed their name to Alphabet in a nod and a wink to the Alphabet agencies that fund them so well.  Snowden warned us didn’t he?  Now its is obvious.  Create a photo on Photoshop, Photoshop phones home to adobe about it.

For Heather agents have always had an orange glow to them so she has always known who they are, and she quite often brings them closer to keep an eye on them.  And she loves them as much as anyone else.

I love them all, for they are all ORIGINAL. All Source inbody no matter the motive or doing.   Purported agents or not.  And you know what, there’s a whole lot of them inside those agencies rooting us on, and sometimes quietly assisting in hidden ways.

I cannot even list the number of people now assisting us who frankly were trying to destroy Heather in 2013 and 2014, for the Chinese dragons or their store front Swissindo or the gazillions of secret societies with their own grub stake claim in the status quo.

Heather never charged a dime for all the work she did.  She spent a great deal of her own money (I believe 2 million was the figure over the last 17 years) and time for all of humanity.   She only ever sought to set humanity free, and that they would know as she knows, that they are also ORIGINAL and Source inbody.

She didn’t do this to perpetuate the legal profession or to be forever filing UCC docuents.  When Heather was interviewed her for admission to Gonzaga University Law School, they asked her why she wanted to be a lawyer.  Heather’s reply “So nobody ever needs a lawyer again!”    I guess they never ever expected her to make good on that!

And that’s the real irony of this moment.   Oh there’s more! See my next post!

89 Comments to “ A Truffle Kerfuffle over Alleged banks and other rumors about Heather….”