A suggested change made by One is a simple one…

A suggested change made by One is a simple one… 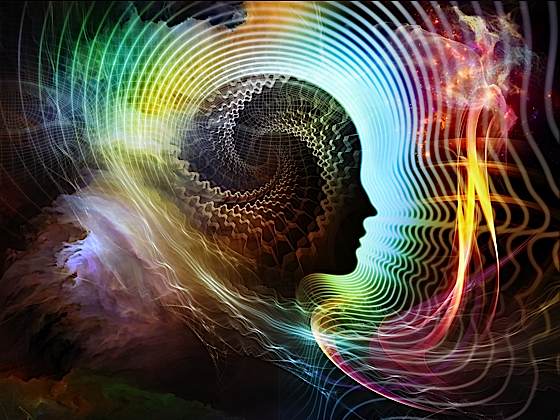 April 12th, 2018           3:59 AM
Is there someone who woke me up?
Yes Sophia. It is I. It is One.
Hello. What is it you’ve come to say?
There are things to discuss. These things concern the earth and the changes for all of you on her now.
You are in a time of the alteration.
This is the time we’ve spoken of before. The earth is moving into a frequency of a faster vibratory rate. As she does so, humanity does also.
It is true that there will be a cataclysm as the process proceeds. Such a shift cannot happen without it. You are seeing it take place in your lives. You are seeing it take place in the lives of those you watch who have placed themselves in positions of power and prominence.
I will tell you now how it is likely to proceed.
There are those among you with fear. This fear springs from an idea of nuclear war. This will not occur. It is not permitted. It will be stopped if it is attempted. It is seen that the talk around such an event is being done and, in some cases, getting louder because those beings who participate in the dark agenda know this as the only card left to draw. So, they flash it about as it sounds to be the utmost in power with maximum destruction.
This is all that you are seeing.
What will occur as this shift moves more definitively forward, are earth changes.
They are coming. The animals sense them and, in some cases, see them.
What happens is movement. There is geo-physical alteration of the near surface portion of the earth’s crust. There are waves, forces of frequency that are now already seen by some of your animals. And, by some of your humans.
The air is ripe with change, Sophia. There is a gathering. Many unseen beings are with you now to observe and in some way participate. They are here as an assist.

This too, this influx of beings who exist just beyond your visible sight, is sometimes seen first by your animals. Your pets even sense and see them.

You see them out of the corner of your eye or they sometimes make themselves known with random movements in physical objects around you.
This time is the shift. It will be sensed first by those of you aware. It will then, at the moment of more explosive physical alteration, not occur as a complete shock for you.
You are meant to instill calm. To bring a sense of peace to your fellow humans who experience these changes with fear. These fearful emotions do not indicate negativity. They indicate only a lack of awareness.
Quickly, those that came now to be in this time and proceed through it successfully, will “catch on” and “get on board” with the truth.
It is what you call “the Event” that separates the wheat from the chaff.
Those here now who are ready to proceed to a new earth will feel the love deeply and a profound readiness will result. This will look like openness to negotiation, collaboration, change, relationship. This will look like peace. It will be clear in their eyes.
It will radiate from them and not be something force fed to them.
This Event is the pre-cursor to the next stage. The next stage begins your procession to whichever destination you’ve chosen – one on this planet, one on a ship.
This planet continues in multiple densities and some will appear to be living in a state of complete contrast. This is the not the choice of those now reading.
The race and the planet move as one into a dimension of palpable love. This move leaves much “behind” as it were, and there are those who only see that as a possibility.
The new earth, the one possible for you now and after the Event – and for/in the coming years – awaits you already.
Time and its movement can be impossible to explain, other than to tell you all of it happens now. This is the reason for so many predictions. Those who can tune into the other aspects of current moments speak to what they see coming.
There is a sense of foreboding. There is a sense of relief. Both of these (will) play out for you. Your truth at the end of every day is found in your deepest held belief about what is possible. Go there every day and hold on to the vision of Earth as you desire. See freedom for those of you held by physical or imagined bars on movement, prosperity, happiness, expression, love. See the earth green and thriving. See all of what you want and it will become manifest in your visual perception soon.
These coming changes hold as their core an acceleration of not just consciousness, but of every possibility held within the human – every sense is now potentially activated.
It is a moment of magic. Use this as a stage for your own forward thinking, for your bliss, for your happily ever after.
What happens now is inevitable and picked by you at the same time. Not only picked by you – created by you. You are the gods of old and the new earth. You are the gods of now. With every facet of a god held within your core – this shift is your doing.
The reason for all of it is you. The participants for all of it are all of you. Each part contributing now. See the end result only as that most desired outcome. Your power now amplifies and once your belief is on board, things happen quickly.
The anticipation feeds a sense of waiting for some event beyond your control. This is in a sense true, as the control is in every one, not only one. Yet if you could shift your anticipation from one of waiting, to one of readiness and excitement, things would happen faster.
Indeed, at this point now they could happen instantaneously.
The difference is that of waiting in anticipation of receiving a gift you know is coming – versus excitement in anticipation of doing something you just love to do. In the first you are imagining something being given to you. In the second you are imagining initiating something yourself.
Therein lies the difference.
Once the human absorbs and uses her power to create, his world instantly changes. The Event is only the beginning. So much wonder is here for you.
This is what I came to say.
Goodbye Sophia.
Thank you, goodbye.
The message ends here.