A New Era Begins and the Energies Smash us in DeLight!!

A New Era Begins and the Energies Smash us in DeLight!! 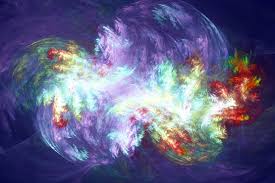 I have decided over these last two months, the new moon energies pack a much larger, much stronger punch than the full moon energies!!  Not to mention the fact that I really thought we would have some easy flying after we got on the other side of the solstice energy.  Not even close!!  If nothing else, it is kicking up some volatile energies that have been brewing way down deep.  Th (non) readings on Friday really showed us how intense this moment we continue to be is, really is.  And know, I say non readings because even tho I was able to see for everyone, the contents of what was happening beneath the visual was still unknown, and I am anal about what I consider a reading.

My first lady showed up and I could feel the earth starting to push up from beneath the surface as if there was a mole or something under there.  As I watched to see what was coming thru, all we received was an uneven circle formation.  I say uneven because the ground was pushed up higher in sections and still pushing up in other sections.  Of course she told me she was in the midst of moving this weekend and I chalked it up to that.

My second lady showed up and I was so surprised to see two separate energy systems, both representing the winds of change, taking place simultaneously in her field.  One swooping down into her right field and amplifying at the center of her body, the other coming in thru her left field, equally meeting at the center of her body.  Usually when the winds of change are in a reading, it is one massive system instead of two and they usually originate from the ground level or earth atmosphere level, hers came from the upper atmosphere, the higher frequencies coming in at both her spiritual and her physical life level and converging at her center from below her feet to over her head.  There was a bubbly white frothy foam that was created where both wind streams met and all I kept feeling was the jet stream in the ocean and spirit kept giving the analogy of where the pacific and the atlantic converge.  At her center, a new intense energy system is being formed.

As I tried to understand what this could mean for her I kept getting a parallel even that just happened in my personal world a day or two prior.  I have been sleeping more than I ever have and was in a 3 hour nap (I was home alone) on the couch when suddenly I heard this shrill, an ongoing shrill that felt like it was sending glass shards thru my entire energy system.  I could see my energy system laying flat on the ground as I woke up, it reminded me of a deflated mattress or something.  It is the first time I realized that when we are asleep, our energy systems are at rest too.

As I tried to recover my shredding energy system as I awoke, the voice was steady and completely devoid of emotion, it was just ripping thru me.  Of course when I woke up I was not pleasant and yelled at her for being so loud as I slept… and the bantering went back and forth until I hurled my brand new galaxy s8+ at her and walked out onto the back porch.  When I later recovered my phone, I realized the entire back is made of glass and was shattered, it still works tho.  I also started to make the decision to move into the Center when I get the keys.  Janet can have my room here in this house.  I had already talked to my daughter about maybe doing this shortly after I signed the lease, but thought about my bathtub, as well as not seeing my grandson every morning and wasn’t ready to give that up yet.  When I woke up the next morning, it was a solid decision.  I will move into the center as soon as it is ready.

Now before I move on to the next one, let’s touch on the energy and the power of anger.  Anger is an important emotion.  It is there in all its glory demanding something change.  Hurling cell phones at anyone is not the wisest use of anger, as my now rear-shattered cell phone reminds me.  But allowing it to move you out of your comfortable place and into the new, that is what it is there for.  To pretty much scream at you that something needs to change and change now.

My third lady, she had a massive hail storm overhead.  The hail so large and clear I almost thought they were diamonds, but it was hail.  I found the formation odd too, in the shape of an eye, a really large eye above her spanning an easy 10 feet from back to front and the core of this hail coming into her center.

What I didn’t think to do while in her reading was understand how hail forms (I did not realize yet how many diverse personal weather patterns would be displayed that day.)  So I took to google this morning:  Hail forms when thunderstorm updrafts are strong enough to carry water droplets well above the freezing level. This freezing process forms a hailstone, which can grow as additional water freezes onto it. Eventually, the hailstone becomes too heavy for the updrafts to support it and it falls to the ground.

Lets look at any of the water elements being our spiritual desires and the updrafts that are created so they can carry more weight, solidify as they plummet to the ground.

The time of wait and see is coming to a pass.

My fourth lady had a massive snow storm coming in slant ways behind her.  It was only in her right field (spiritual life) and the winds of change blowing so hard that the snow was piling up on her center.  It was understood this storm will coming to be next to her then in front of her over the next several days.

Snow, unlike hail, is malleable.

What I could not see for anyone, is what was taking place beneath or even thru these systems in their personal world.  As usual, spirit said they have no idea.  We are undergoing the greatest choice points of our incarnations.

I also started to realize that everyone was way to close to my porch and I could not understand why.  So far spirit has been using the full breath of the yard to denote event horizons that are coming up.  For example, when we were going thru the full and new moons of May, everyone started towards the back of the yard, came to the middle then crept closer to the porch as we got closer to the event.  Same with the full moon in june as well as the solstice.  So we are now post solstice why the hell is everyone near my porch??  It wasn’t until the readings were done that I realized it was the new moon phase that we were approaching.  Ohhhhhh now I get it… all of it!!

Of course, yesterday was the new moon and I woke up without any voice.  I still have no voice this morning either.  I am sleeping like crazy.  Naps every day, marathons every night.  When I woke up yesterday (long after daylight and the house was already up by then) I could see my energy system, much like my sudden awakening from my nap, sprawled out and flat.  My mind reflected the deflated energy as well.  There was so much I wanted to share and I could not harness two coherent words to even start a blog.  This is not the first day i awoke feeling like that, but it is the first (I guess, second) day I woke up with the clarity, the visual of why.  Of course, my next question is why… what is happening thru the sleep time that creates what I see as a deflated energy system upon waking?

Spirit had said several times this past week thru the readings, with the solstice we have entered into a brand new era on earth.  Keeping in mind, with my team’s use of the word era, they talk about the era of Lemuria, of Atlantis, of Ancient Egypt or the Maya and so on.  So now, we have entered the new Era, OUR era!!  Whatever it truly is or will be, will be the combined wisdom of ALL preceding era’s that happened on earth.  What I am hearing this morning is “the final outcome.”  Of course we have many ready-made titles, but none gives the full breadth of what we are doing, becoming… We can say the golden age of Gaia, living shambhala, living heaven on earth and so on.  All concepts just skim the surface of the true depth of what we have prepared ourselves for.  Nothing less will be accepted!

As I sit here, the stream of sharing done, I asked spirit to give us a song to close out this sharing with.  I have to giggle as I hear “For those about to rock, we salute you!!”  I love me some AC/DC and if we look at the lyrics from the light of spirit… we are the “dealers” aren’t we???!!!!