A letter to America 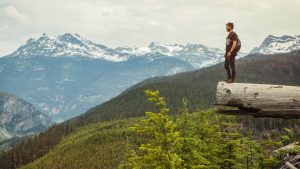 A letter to America

Posted by u/therevolutionbegins You have more than you know. – Q on July 29, 2018

I am one of the many who are watching these historic events unfold from the “outside”. I am neither American born, not domiciled. I have visited your fair country on several occasions during my fifty years on this planet, and have always felt an affinity with you, the average Joe American.

That is because the average Joe American is warm, welcoming, decent, and brave. You respect those that have put on your military uniform and risked all for your country, and I respect that. You honor your founders and foundational (and VERY unique) Constitution, and I can respect that. You look out for your communities and families and I respect that too. You have, in essence, a decency and strength that is truly worthy of the moniker “American Exceptionalism”. America is not just a word or idea; it is a people who share common values of freedom, independence, equality, family, loyalty. I appreciate this message is going to sound a little corny, but I see you being attacked by half the country, I see the frustration in some of you that arrests are not coming fast enough, and I saw tonight Q’s frustration that we weren’t seeing the progress that was occurring right before our eyes, nor the complexity and danger of the war that was raging around us.

We have all been chosen by God to live in this period of history, a time when in all likelihood the United States is all that stands between our civilization’s total capitulation to this Evil, and a future that we would want to pass on to those who inherit this Earth from us. However it is you, the citizens of the United States of America that are bearing the greatest burden in this fight.

Your media likes to tell you that you are despised throughout the world, that anti-Americanism is widespread and that you should tread more lightly. I would like to say to you that that is bullshit. What is happening at this moment in time, led by your President, and this phenomenon of Q is attracting the attention and support of the WORLD. We are you and you are us. We share your contempt for the corruption, for those that would sell out the interests of our countries for their own benefit, and most egregiously harm our children in ways we had not even believed were possible.

As you are attacked by both your own and the international media, and those in your community who have not yet (or may never) wake up to what has and is happening, please know that you are not alone in this fight. What you are doing is inspiring. It is glorious and just.

To President Trump and Q, and those at the sharp end of this war, whilst not American citizens, please know that we outsiders are in awe of you and those who stand beside you. We know that this has not been attempted before. We see the gravity of what is unfolding, and the courage and spirit it took to engage such an enemy. It is clear that this international cabal still has the ability to inflict pain and death, and no hesitation to do so. It is hidden, clever, evil, and well dug in. Lest we forget, this is a real war and good people are dying. Please know that there are many out here who understand your sacrifices and the risks being taken on our behalf. Thank you and God bless you all. WWG1WGA!

5 Comments to “ A letter to America”