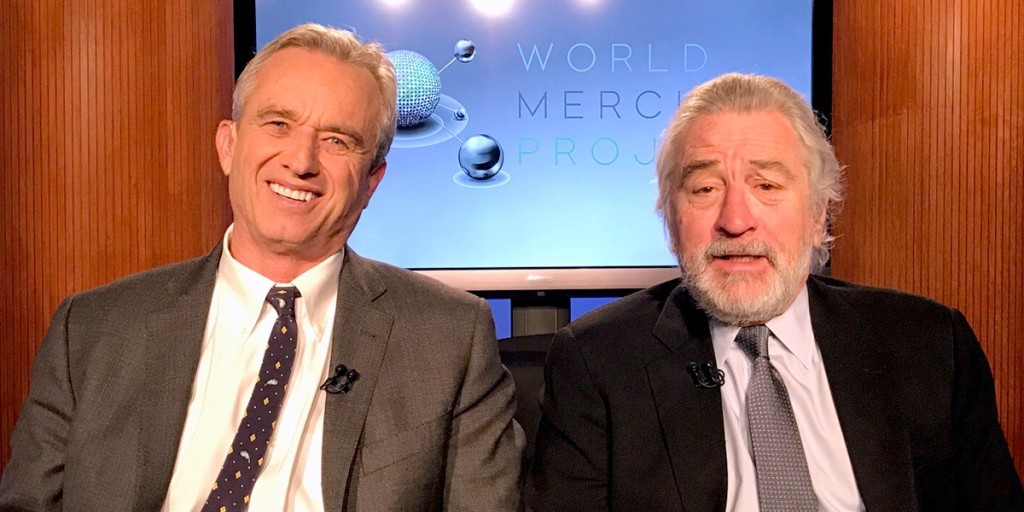 On the occasion of our announcement of the World Mercury Project’s $100K challenge, we want to address America’s reporters, journalists, columnists, editors, network anchors, on-air doctors and news division producers.

We especially want to reach out to those of you who have made a point of assuring the public about the safety of the mercury-based preservative, thimerosal. It’s our hope that this challenge will elevate this important debate beyond name calling and prompt a genuine examination of the relevant science. The American public is entitled to an honest, probing and vigorous discussion about this critical public health issue—a debate based on facts, not rooted in fear, or on blind faith in regulators and the pharmaceutical industry.

We are both pro-vaccine. We need to say this at the outset to contravene the reflexive public relations ploy of labeling every vaccine safety advocate “anti-vaccine.” As the British Medical Journal pointed out last week, that epithet is a derogatory attack designed to marginalize vaccine safety advocates and derail reasoned debate:

“It stigmatizes the mere act of even asking an open question about what is known and unknown about the safety of vaccines.”

Both of us had all of our children vaccinated and we support policies that promote vaccine coverage. We want vaccines that are as safe as possible, robust transparent science and vigorous oversight by independent regulators who are free from corrupting conflicts-of-interest.

Despite the cascade of recent science confirming that thimerosal is a potent neurotoxin that damages children’s brains, the American media has fiercely defended the orthodoxy that mercury-based vaccines are safe. We believe that even a meager effort at homework will expose that contention as unsupported by science. In just the past month, a Centers for Disease Control and Prevention (CDC) review confirmed thimerosal’s profound neurotoxicity and a Yale University study connected vaccines to neurological illnesses including OCD, anorexia and tics. 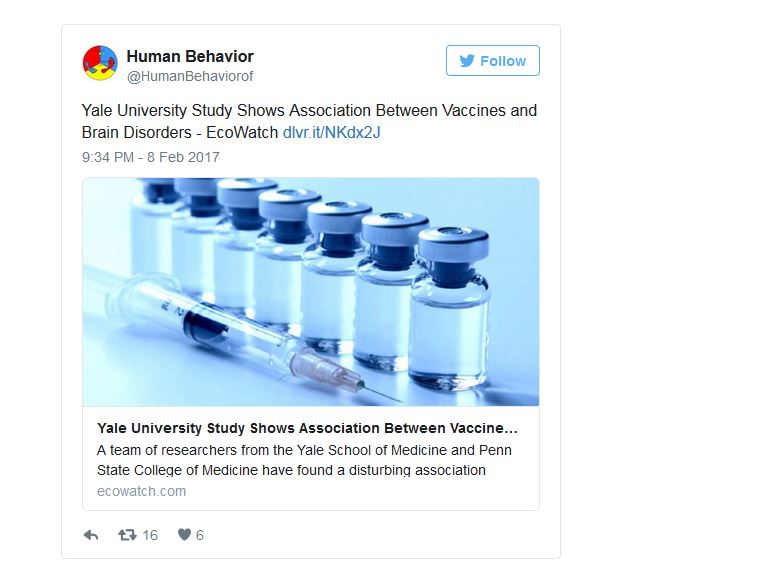 Journalists, we have discovered—even science and health journalists—don’t always read the science! On the vaccine issues, many of them have let government and industry officials tell them what the science supposedly says. Instead of questioning, digging and investigating, journalists, too often, have taken the easy course of repeating the safety assurances of the pharmaceutical industry and the regulators at CDC’s Immunization Safety Office, which they have good reason to doubt.

For example, in recent years, two federal reports by Congress and the inspector general of the U.S. Department of Health and Human Services have criticized the CDC for politicization of science and for corrupting conflicts of interest with the pharmaceutical industry (see also: UPI article on CDC corruption). In August 2014, CDC’s senior vaccine scientist, Dr. William Thompson, confessed that the CDC routinely manipulates data to conceal the links between vaccines and a host of neurological disorders. Some dozen other CDC scientists have since come forward to protest pervasive scientific fraud and research corruption at the CDC. Nevertheless, among American journalists, cult-like parroting of the CDC’s safety assurances has become a kind of lazy man’s science.

The fact that no major news organization has ever seriously investigated Dr. Thompson’s shocking charges since they became public two years ago must be characterized as a kind of journalistic malpractice. But, newspapers and electronic media outlets not only routinely ignore or suppress legitimate debate over vaccine safety or the ongoing corruption scandals at CDC, some of them openly advocate the censoring of questions about these taboo subjects. Instead of informed scientific argument, the debate has therefore deteriorated into “argument by credential” and, its corollary, “argument by insult”; public shaming, vilification, scorn and name calling, often directed toward the parents of injured children and others who question industry orthodoxies.

Financial conflicts with pharma are not unique to the CDC. Knowing that the pharmaceutical industry is by far the largest contributor of money to congressional lobbying, many Americans worry about the vigor of congressional oversight. They see how those political investments have purchased blanket immunity from lawsuits for vaccine makers. With lawyers and courts sidelined as a check and balance against bad behavior, and Congress and the regulatory agencies captured by the industry, many Americans wonder where the oversight of the vaccine program is coming from. They see the cascades of pharma money pouring into the American media—the final redoubt of critical scrutiny—and then wonder if journalistic vigilance has also been compromised. 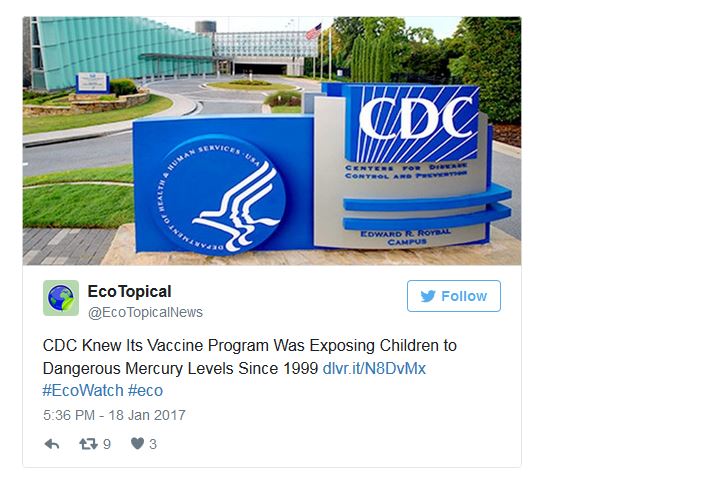 We understand that the media’s silence on this issue is not simply a quid pro quo for the billions of dollars of annual pharmaceutical advertising flooding into our nation’s newspapers and network news divisions. Many reporters and media outlets accept muzzling on this issue as a necessary sacrifice for public health. They sincerely believe that even allowing debate about vaccine safety and CDC corruption will cause the public to stop vaccinating. We disagree.

As the late Bernadine Healy, former Director of the National Institutes of Health said, “Americans are smarter than that.” Healy believed that a vigorous and open debate would not diminish but rather strengthen the vaccine program. We agree. Studies show that the gravest impediment to broad vaccine coverage is public mistrust of government regulators. Therefore, to maximize vaccine acceptance, we need strong science, and a regulatory agency with unblemished integrity. Guaranteeing these objectives will require aggressive and persistent vigilance of the kind we won’t get if journalists and media organizations continue to muzzle debate and mouth talking points promoted by pharmaceutical interests.

Rather than strengthening public support for the vaccine program, the laws that shield the vaccine industry from lawsuits combined with the absence of political and press scrutiny, have emboldened the CDC and the vaccine companies to engage in increasingly reckless conduct.

In 2004, an U.S. Food and Drug Administration official acknowledged in testimony before a congressional committee, that no government or privately funded study has ever demonstrated thimerosal’s safety (Testimony of William Egan before the House Committee on Government Reform, July 18, 2000). On the other hand, there is plenty of science suggesting that thimerosal is NOT safe.

Several hundred studies, available on PubMed, have linked thimerosal exposure to neurodevelopmental and immune system diseases that are now epidemic in the generation of American children born after the CDC dramatically increased childhood thimerosal exposures in the late 1980s. According to the CDC, one in six American children—the so called “thimerosal generation”—now suffers neurological damage. If, as the science suggests, thimerosal is responsible for a portion of this epidemic, its continued, unnecessary, presence in vaccines is one of the great crimes in human history.

Looking at history, Senator Robert Kennedy was fascinated by the way decent honorable people became complicit in great atrocities. He observed that moral devolution was almost always accompanied by an undue regard for an undeserving authority and a willingness to put one’s head down and pretend that facts don’t exist. Speaking of his own early blunders in Vietnam, he quoted Sophocles: “All men make mistakes, but a good man yields when he knows his course is wrong and repairs the evil; the only sin is pride.”

It’s time now for journalists to either claim our $100,000 reward by producing scientific proof of thimerosal safety, or start digging deep into the facts provided in this letter. We urge you to finally read the science and lift up the carpet at the CDC. The American people expect their media to be a robust and fearless forum for honest debate—even about the most difficult and controversial issues. Americans deserve a perpetually inquisitive press with the courage to inform the public and speak truth to power. Most importantly, our children deserve a vaccine program that is as safe as possible.

1 Comment to “ A Letter From Robert F. Kennedy, Jr. and Robert De Niro to American Journalists”