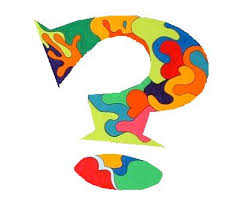 That clue is embedded in a statement Trump made in his inaugural address:

“We will seek friendship and goodwill with the nations of the world… We do not seek to impose our way of life on anyone, but rather to let it shine as an example for everyone to follow.”

Does he intend, in this respect, to follow in the footsteps of Ron Paul, who helped pave the way for Trump’s success by impacting millions of Americans on the subject (among others) of American Empire and foreign conquest?

Does Trump intend to “stay at home” and abandon the long-standing policy of making war and policing the planet and toppling regimes and using the CIA to create frontiers for US corporations?

Does he intend to go up against the military-industrial complex?

Will he try to sideline slimy neocons?

In his inaugural address, Trump also said this:

“We will reinforce old alliances and form new ones — and unite the civilized world against radical Islamic terrorism, which we will eradicate completely from the face of the Earth.”

Warning: Depending on how he prosecutes that campaign, wiping out terrorism could continue to function as a cover for foreign wars launched with more traditional goals: destabilize governments and install leaders who will bend to America’s will; extend American Empire; assume the role of international policeman.

In other words, the eradication of terrorism could reinstall every motive and intent Trump says he wants to take away.

Will he dare to keep America’s overall war machine at home?

Trump should understand that, if he does indeed intend to keep this promise, untold numbers of people all over the world will rally to his cause.

And if he doesn’t, the enormous blowback won’t merely affect him; it will keep America in the same horrific bind it’s been in for a long, long time: war is money; war floats a basically bereft economy; war destroys lives; war kills hope; war keeps putting the lie to “America, the bastion of freedom for every person on Earth”; war serves the Globalist operation to invent a need for one planetary management system; war makes the rich richer and the poor poorer; war harnesses the worst impulses of soul, mind, and body, when it is launched on false pretenses.

After all, look at Hillary Clinton, warmonger par excellence. Look at what it has done to her and her followers. They can’t tell up from down.

Many times during the campaign, and since his election, Trump has said he’ll stop the insane wars of American Empire. No American president, going back as least as far as Kennedy, has made such a statement with any emphasis.

I’m not sure the American people understand what Trump is claiming he’ll accomplish here.

Given our government and its domestic partners, given the military-industrial complex, this claim is astonishing.

Does he really mean it?

Because, if he does, this is a revolution.

Yes, we should looking at some of Trump’s appointments with a jaundiced eye. Of course. But beyond those men and their potential hidden motives, we have to look at Trump himself and what he does.

In particular, I urge the supporters of Ron Paul, who made his critique of American Empire and foreign wars crystal clear, to keep their eyes open. Those supporters, many of them, were fully aware of what Paul was saying and how revolutionary it was. For that reason, among others, they came to his side. Now they need to be watchdogs on the Trump presidency.

As I’ve written before, the movement that formed around Trump is more important than the man. I’m talking about the people who stand for both freedom and honor.

Is it possible these people have made a grave mistake? In politics, that’s always a risk. But it is no crime to want the right thing and judge that there might be a candidate who wants the right thing, too. In other words, it’s not shameful to be wrong—as long as those supporters refuse to dream about phony rainbows, as long as they hold up the standard of freedom and honor to their candidate and use it to demand that promises be kept.

We’re past the point of needing to be fooled. Way past that point.

The current president of the United States has taken a de facto oath to reverse the course of Empire.

This is the oath we have been wanting to hear for a long time.

We know all about the short con and the long con and every kind of political con. We’re well prepared in that respect. Now we want to see proof.

Not merely a few symbolic gestures.

Great energy surrounds the person who promises the honorable thing; especially when he wins.

Especially when he is not alone.

Especially when he reflects the thing fervently wished for.

Is Trump crazy enough to go up against the entire establishment and the Deep State?

“Eternal vigilance is the price of liberty; power is ever stealing from the many to the few.”

Let us be vigilant.

See something, say something.

And in the meantime, in every way possible, demand the end of Empire. Let that demand come in from every place on Earth.