A Follow-up Letter to a CN

Our Canadian friend Donna Lynn Sarsfield has written this beautiful Follow-up Letter to CN, and we believe that by making it public it will benefit a lot of people.

I understand your confusion over my last letter to you accompanying my Courtesy Notice of March 6, 2013 as evidenced by your phone call messages.

The legal and lawful landscape has changed in a dramatic manner, although this has not made its way through the manufactured system as yet, where all banks and government corporations have been foreclosed upon, and will soon be made visible and clear for everyone to see. Again, I write this in courtesy to you as a human being, attempting to do his job in accordance with given procedures.

We have all been conditioned to believe that when a bank loans money or offers credit to anyone, that we are using the bank’s own funds, but in actuality this is not the case at all. The signature produces the wealth which never existed previously, whether for a large amount such as a mortgage, or smaller such as a credit card purchase ~ the signature is the key that creates and produces the ‘funds’ at which time the bank monetizes it and balances their books from the ‘get-go’, and then they proceed to extract usury. This has been in operation for literally thousands of years. Those at the very top of your foreclosed corporation know this, and they also know the game is over!

In fact this has been stated publicly and here are some quotes:

“Each and every time a bank makes a loan, new bank credit is created; new deposits, brand new money.” ~ Graham F. Towers, Governor of the Bank of Canada, 1934 – 54

“Banks lend by creating credit. They create the means of payment out of nothing.” ~ Ralph Hawtry, Former Secretary of the British Treasury

“Banks create credit. It is a mistake to suppose the bank credit is created by the payment of money into banks. A loan made by a bank is a clear addition to the amount of money to the community.” ~ Fourteenth edition of the Encyclopedia Britannica

You have stated on your phone messages that “you are not sure what I am trying to accomplish” along with “this does not apply in Canada”.

I am attempting to educate you on the fraud that is being perpetrated on all people everywhere. All debt is fraud ~ personal and international! This system is broken beyond any remedy, is unsustainable and cannot continue, as noted in this investigative report below.

Further, my response to you is prove to me that that a loan was actually made, and that it is not applicable in Canada. The onus is now on you to make this determination.

For the first part, I require 4 things in order to engage any type of remedy,

1. That, you produce full documentation of prior title, ownership and rights to the money that was purportedly loaned to me.

2. That, you produce documentation of the history and origin of funds that Royal Bank of Canada purportedly had prior title, ownership and rights to, that was purportedly loaned,

3. That, you produce documentation of the actual transaction and transfer of said funds (prior title, ownership, and rights) from the loaner to the borrower (including but not limited to invoicing and/or receipts),

4. That, you include the wet-ink signature contract where I agreed, under full and complete knowledge, to enter into this alleged contract with this said corporation.

As for the second part proving to me that it is NOT applicable in Canada, here is a quote from Heather Ann Tucci-Jarrif, Trustee of The One People’s Public Trust, where it is challenged that anyone submit a rebuttal:

“We have been waiting for anyone to do a duly verified rebuttal of the DECLARATION OF FACTS, point by point, with specificity and particularity, by duly sworn declaration, with their full responsibility and liability, under penalty of perjury under governing law, or any law so long as it is identified, signed by their wet ink signature…but so far…from the hill to the inns of court to and across the globe NO ONE DOES….the terms and conditions are stated, and they are foundations in any legal system…an unrebutted DECLARATION and all its points stands as ABSOLUTE TRUTH in commerce, in law, in fact, and in public policy…so it appears we will just have to continue to wait until someone will actually rebut according to law with THEIR full responsibility and liability.” ~ Heather Ann Tucci-Jarrif, Trustee of The One People’s Public Trust

Perhaps “The Royal Bank of Canada” will be the first across the globe to attempt to rebut these filings, noted in my previous correspondence?

Now for the next part, as stated in my previous correspondence to you,  Should Respondent cease and desist in any and all damaging actions against Proponent, actions brought against Respondent’s assets shall be averted.

Should Respondent choose to interact with Proponent privately and individually beyond this date, Proponent’s terms and conditions No JBA-100XXX are offered for Respondent’s acceptance, wherein the method of acceptance is clearly defined.

It appears that you have clearly engaged the invoicing process by continuing to make calls and leave messages without a contract, therefore please find the first invoice attached.

From this point forward, you will receive an invoice for each and every call, personally or automatically generated.

I am holding you personally accountable with full responsibility and liability in this matter, just as I hold myself. DO who you BE, John. 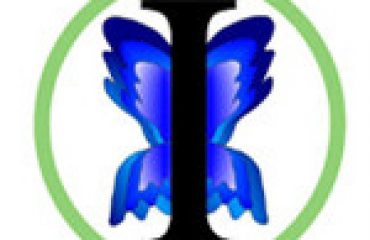